Digital advertisers have drawn up a wish list for the Union budget that is just around the corner. This includes sops for PSUs for digital advertising, tax benefits to SMEs for digitisation of their businesses, educating the youth and creation of jobs. In addition to allocation of budgets for Digital Infrastructure Development, industry leaders are also expecting reforms to promote Digital India. The hope across the industry is that digital, the fastest growing sector, should highly benefit from the Union Budget.

As the path for a Digital India has already been laid, the hope is that the 2018 Union Budget will further the mandate and take India closer to the digital dream. "With this budget, I really expect to see the government's continuous support for 'Digital India' movement and help the digital ecosystem flourish. Simple processes and exemptions or incentives on digital transactions can help with further growth of this sector. As promised in the previous budgets, reduction in corporate taxes would act as a major driving force for businesses to survive and sustain in this highly competitive world. Also, simplification of GST would be favourable for further growth of digital sector and also promote more entrepreneurial ventures," said Prasad Shejale, Co-Founder & Chief Executive Officer, ‎Logicserve Digital.

As the digital ecosystem flourishes, it's important that the entire country makes the journey together. So far, Public Sector Enterprises have been slow to adopt digital marketing. "Budgets should be allocated to PSUs for investing in digital marketing. This will lead to a win-win situation as for the organisation the digital mediums will help gain recognition and support. The digital agencies will spread awareness and educate the audience about the benefits of the organization. Even the digital organisations paying taxes dutifully should be recognised well and given the right opportunities to flourish," felt Sahil Chopra, CEO and Founder, iCubesWire.

Rubeena Singh, CEO, iProspect India, said that she looks forward to the government focusing on uplifting the rural economy and job creation. "49 per cent of the Indian population is engaged in the rural economy. More money in their hands will lead to rebalancing of media spends by corporates that provide goods and services to the rural market. This will be a positive for the advertising industry," she said.
According to Rajiv Dingra, Founder and CEO, WATConsult, the budget in all likelihood will be a populist one and he hopes that the government will bring out schemes in order to bring rural India as part of digital India thereby increasing overall internet penetration in the country. He says, “My hope for the digital industry is that we will see some initiative by the government to further promote Digital India. Clearly one way to do that is to ensure more advertisers spend on digital media so that more digital companies can sustain a business model via advertising. I feel between equalisation levy and GST, the digital industry has no edge over other mediums and given that advertising growth is necessary for digital solutions to grow, I hope there will be a re-look at these levies and taxes.”

In 2017, some advertising heavy spenders like the real estate sector recorded a slowdown due to reforms in the industry. Sanjay Mehta, Jt. CEO, Mirum India, said, "I am hoping for some relief for the real estate industry which cut down ad spends in 2017. A revival of this sector will provide a boost to the advertising industry." Mehta added that the government could also incentivise the SME sector to adopt digitisation in an attempt to propel the adoption of digital in India.

Finally, Shejale warned that with the popularity of digital medium, comes the concern about data security. "The government should design initiatives and allocate sufficient budgets for safeguarding the data to avoid any possible cyber-attacks and encourage more people to take the digital route for their needs," he said.

We respect people’s data. We want industry to as well: Unilever
2 days ago

Pandemic year was a catalyst for growing importance of online communities in India: Study
2 days ago

Celebrity endorsement in times of social media: Will we see brands shying away from stars?
19 minutes ago

LG Electronics launches TVC for its air conditioner
22 hours ago

We respect people’s data. We want industry to as well: Unilever
2 days ago 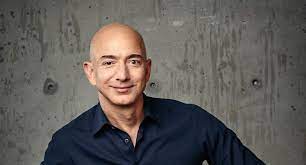 digital Pandemic year was a catalyst for growing importance of online communities in India: Study
2 days ago