The Federal garners half a million visits in 100 days

At least 41% of readers are women and most visitors are from the 15-35 age group, underlining the website’s appeal among youth

The Federal, (www.thefederal.com) India’s only news website that looks at the nation from the perspective of the states, successfully completes its 100 days of operations today.

The website, soft-launched in March has seen half a million visits since the launch. The data reflect a healthy demographic mix-- at least 41% readers are women and most visitors are from the 15-35 age group, underlining the website’s appeal among youth.

The Federal is a national news website that can also be accessed on Android and iOS apps. The website covers a wide range of subjects ranging from politics, national, international, sports, business, and entertainment news. It puts special emphasis on education and health. Every day it delves deep into one specific topic in a branded section called “The Eighth Column”.

The Federal with its clean and uncluttered look and feel is easily navigable. It offers a unique interactive section that allows readers to access information on their choice. The Election 2019 interactive graphics section, for instance, was packed with exhaustive information on every Indian constituency in an easily accessible format.

The Federal has broken new ground in digital journalism by bringing together print and video journalists, editors, writers, data scientists, coders and designers on a single platform.

The Federal with the help of a network of reporters brings a unique perspective on national news with special focus on the South. The website plunged deep into the coverage of India’s vibrant general elections from Day-1 of its launch and brought newer and interesting stories from all over the nation. The website got its highest inflow of readers on the result day with the readership crossing a cherishable milestone of 25000 unique visits. 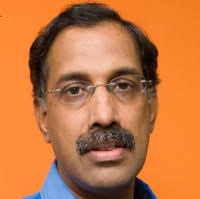 S Srinivasan, Editor-in-Chief of The Federal

Speaking on the development, S Srinivasan, Editor-in-Chief of The Federal said, “The website was launched in the middle of the general elections. Our focus initially was on the southern states. We are gradually expanding and moving with the larger national market.” 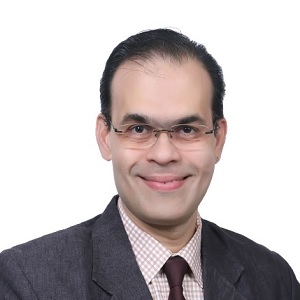 Shankar B, CEO, Fourth Dimension Media Solutions Private Ltd. added, “ The Federal has broken records of all sorts in some important stories and it’s another great opportunity for brand Fourth Dimension to represent for Ad Sales and Marketing, the way our country is progressing towards Digital, am sure in the next coming months Federal will be the numero uno brand like Puthiyathalaimurai News with the best of stories and content, we are super  excited”.

Programmatic is going to be the talk of the town: Arvind Mathur
57 minutes ago