A 2010 report by Google declared India as the second-biggest consumer of mobile Internet after the US, according to data from 15,000 mobile websites monitored by the company. It accounted for 5.9 per cent of the 14 billion web pages seen on mobile phones worldwide in a particular month, so roughly 800 million web pages were viewed in India in a month. Add to that, mobile ad networks estimate around 5 billion ad impressions were served in India in a month in Q4. Impressive numbers these...

But not good enough for Indian marketers it seems. Estimates of money spent on mobile advertising vary, but the most optimistic put it at around Rs 100 crore annually, a large part of which too goes into SMS based marketing. A measly amount when compared with the Rs 25,000-odd crore spent by Indian brands annually on marketing, 80 per cent of which goes into television and print. These two media in turn boast of 600 million viewers and 140 million readers, respectively, as compared to mobile Internet, which commands little more than 15 million users.

With roughly one-tenth the print audience size, mobile attracts just one-hundredth of its money share. The medium once touted as the next big thing after Internet is struggling to convince marketers to hitch on. So, what has gone wrong?

To start with, penetration of VAS mobile services beyond main urban centres has been the bugbear of the industry. Bandwidth limitation resulting in slow speeds and a small screen size that limits flexibility and interactivity aren’t exactly features that endear brand owners. Despite adding millions of customers every month, mobile companies haven’t seen a proportionate uptick in usage of VAS, thus restricting advertiser interest. A large majority of mobile marketing in India happens through SMS promotion, which, too, given TRAIs new rules on spamming is under threat of being locked up.

Although issues such as these have restricted the growth of mobile advertising, technological advancements, a critical mass of users and impending 3G wave might soon come together to change all of that.

Consider this. A Boston Consulting Group Report last year on BRIC markets predicted Internet users in India might grow to 270 million by 2015 from the current 81 million. Which means in another four years, Internet user population will touch close to 50 per cent of the TV viewer population today.

Current daily usage of Internet, which is half an hour, will go up to 0.7 hours per day by 2015 on the way to catching up with the US and China, which are both more than two hours per day.

Assuming 25 per cent of Internet access will come through mobiles by 2015, the mobile Internet user population can potentially jump to 70 million, almost six times the size today.

Add to that an expected 3G mobile user base of more than 100 million in next three years’ time creates perfect conditions for the mobile advertising ecosystem to develop.

Mobile advertising actually could go at a much faster clip than digital advertising. Where Internet usage has been plagued by penetration and bandwidth issues, mobile phones have managed to surpass these problems. A ready mass base of active connections, coupled with better and low priced handsets and adoption of 3G could help it get to a threshold level of being considered as a serious advertising medium in the not too distant future.

Technology advancements are driving rapid mobile Internet adoption. India is going to see 3G services taking root this year. With bandwidth and slow Internet speeds no more an issue, many new possibilities will open up.

According to a recent Cisco forecast, in just four years two-thirds of the world’s mobile data traffic will be video. Larger numbers of feature phones (non-smartphones), which are the staple in India, are getting more sophisticated. According to the report, the average mobile network connection speed worldwide doubled from 2009 to 2010 – and a tenfold increase is expected by 2015.

Advertising money, in turn, is waiting to be tapped. Worldwide, search attracts the largest pie of advertising on mobile. Out of a total online advertising spend of $25 billion, IDC estimates put US mobile ad market at $900 million. More than 40 per cent of this money goes into search. India also might see a similar trend.

With increasing availability of good quality low cost phones that can support browsing and apps, and a young aspiration led TG, mobile Internet penetration could mirror mobile connection growth of the last few years. From booking movie tickets on mobiles to locating restaurants or brand outlets and multi-player gaming, mobile phones will offer advertisers and brands the medium closest to point of purchase.

Apple bought out Quattro Wireless last year to create iAds, while Google bought AdMob, a mobile advertising network, indicating where the battle of future ad spends will be fought. Both of them see mobile phones becoming the premier device of media consumption and want the biggest slice of the action.

Apple might not have become the dominant player in India that it is known for across the world, but the iPhone launch four years ago turned the entire worldwide mobile phone industry upside down. By making software a key part of the device, Apple created a hook for users to spend increasing amounts of time on their phones, thus rivalling other media for consumer mind space. A strategy that worked so wonderfully well has ensured the mobile phone’s space as the premium content consumption device of the next decade. Every single mobile phone company has followed the same path, thus expanding the market multi-fold.

(Please send your feedback to Nawal Ahuja at nahuja@exchange4media.com.)

ShareChat in talks with Tencent to raise $200 million via OCD: Report
47 minutes ago

ShareChat in talks with Tencent to raise $200 million via OCD: Report
47 minutes ago

'We see a longer-term trend towards people seeking reassurance, trust & quality'
3 hours ago 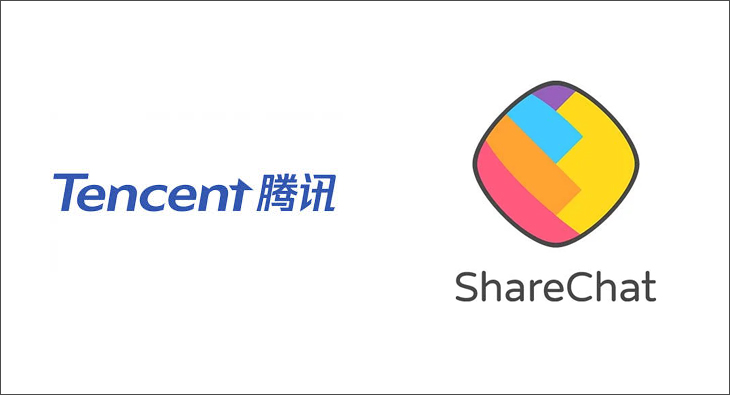 digital ShareChat in talks with Tencent to raise $200 million via OCD: Report
47 minutes ago