Make the most impact from online video: Kiran Mani, Google

Kiran Mani, Head of Sales, Google India is deeply involved with YouTube, and shares his views with exchange4media&hellip;

Online has long been seen as an information source, a search tool and a performance media. Today seven out of ten internet users in India are accessing online video content (source comScore), and of this, the top video property is YouTube, with 23.5 million unique users consuming 780.7 million videos in January 2011 (source comScore).

Accounting for almost half of the video consumption in India, YouTube has become a powerful tool for brands to engage with their audience using videos which can be used very differently from a television commercial, enabling interactivity and in-depth videos instead of shorter TVCs.

Kiran Mani, Head of Sales, Google, is of the opinion that the growth of video has heralded the arrival of the internet as an ‘impact medium’. He said, “Today, you’re able to reach the right TG and video adds an exciting new dimension. Most of all, it offers all the benefits of the internet such as measurability, engagement, targeting, context and interactivity.”

Airtel with Webchutney recently created a campaign to connect with the Champions league where the brand wanted to connect with real fans. A spokesperson said, “The question was about how we can take engagement from offline to online. We asked people to record ‘chants’ of themselves cheering their teams, and we were able to get 2500 videos which saw over 25 million views.”

Mani points out that these initiatives are not just important at the time of the event, but because of the nature of the web, campaigns such as this one are still being accessed, and commented on, even now. He added, “The best part is that different online platforms feed into each other. We’re working on search to improve discovery on YouTube. At the same time, these videos are also being passed around as links on Facebook and Twitter, and from our pages you can send people to those sites as well.”

He stressed also that for brands to effectively use a platform like YouTube, they need to think creatively. He said, “If you just move your 30 second ad online, you’re losing out on impact. We see auto makers, movies and the telecom industry doing the most innovative work on YouTube, and like the Airtel example, another very good example is Vodafone. They created a videowall for the ZooZoos campaign. So it’s a giant picture of a ZooZoo, and if you move your mouse over it, you see that each part of it is actually a link to another video in the campaign.”

He added, “Along with the ads, this kind of display also showcases creativity, and community building. At the same time, there are some kinds of videos that you can’t do on TV. For example, a leading Scotch brand created a long video about their brand, how the liquor is made, showed the factory, everything. Something like this wouldn’t just have been impossible on TV, but would also have been a waste, since it is such a niche product. The internet allowed them to create a long and engaging video that scotch aficionados will want to watch, and allows them to target it to this audience directly.”

Another property of digital video is the ability to break the fourth wall, and catch the audience’s attention. A simple example is the Awaaz Do campaign for Unicef, executed by O&M, which included a hand knocking at the screen from the other side, accompanied by a tapping noise. This wouldn’t work as well on television but online the closeness to the screen creates an instant impact.

Even more though is a recent campaign by MTV Roadies. Mani said, “There’s a very good new campaign running on YouTube right now, where you watch a video of Raghu and Rajiv. They argue with the viewer like they do in the interview part of the show, and they keep reaching out of the frame to pause the video. The impact of something like this is amazing, and internationally we’ve seen a lot more of this.”

The latest example of interactive YouTube pages, Mani says, is the Kung Fu Panda 2 page. To promote the soon to be released movie, the studio Dreamworks launched a comprehensive digital campaign with activity on all social networks along with banners, and on YouTube, has uploaded several videos of the movie. Much of this is interactive. Mani said, “You can go to the page, and drag different elements of the screen to the video, and Po, in the video, will punch and kick and bash whatever you throw at him, and it bounces all over the screen. It’s a lot of fun, and has been shared heavily on social networks as well.”

Such activities are planned engagement built with YouTube though. Brands which don’t want to spend money on such activities can also use video sharing platforms with great effectiveness. Mani shared, “We’re seeing a lot of brands in India which have evolved quickly. One example is Micromax. A problem they were facing was of after sales support. As a new brand they’re still not as widespread as they have to be. So now, they have created a series of videos which answer common queries, because a video has more impact than text, and lowers the barrier to entry.”

With the growing use of the internet for video consumption, Mani is of the opinion that a full circle of advertising can now be created online, where the brand ‘s online presence can be bolstered with video, which is fed by both online display ads and traditional media advertising to create a complete experience across all touchpoints.

Communications in 2021: An amalgamation of Art and Science where data leads creativity
2 hours ago

Will 2021 be the year of cinema entertainment?
6 hours ago

D-day: Gear up for 20th edition of power-packed e4m Conclave today
6 hours ago

Publishers seek waiver of customs duty on newsprint
6 hours ago

Rajneel Kumar quits Zee5 after a 2.5-year stint
7 hours ago 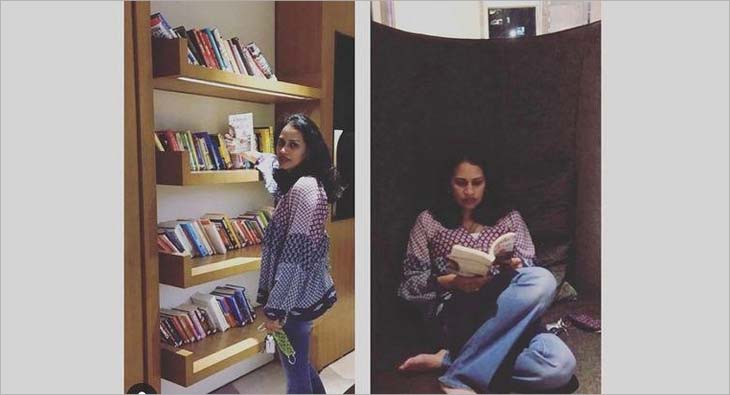