Apple has unveiled the iPad 2, which is significantly upgraded from the first generation tablet and holds up well against competition from Motorola, Samsung and other manufacturers.

Apple held the iPad 2 launch event in San Francisco on March 3, 2011, living up to rumours doing the rounds on the Internet. The new device will be available from next week, which is really good timing for Apple, as with the exception of the Motorola Xoom, no real competitors are ready to hit the market yet, and Apple could well see another year of dominance in the tablet market which it has created.

Aside from the iPad 2, another announcement by Jobs was that the device will run on iOS 4.3, which is expected to bring a lot of tweaks to the OS, (in a rare move for Apple – taking a step back from a previous design), including one that will allow users to set the switch on the side of the iPad back to being an orientation lock.

The new iPad 2 is priced at around $100 more than the original iPad was, in various SKUs with different storage and connectivity options, and brings in a slew of new features and hardware. The iPad 2 will be lighter, thinner and have better speakers than the first generation tablet, and perhaps more importantly, finally comes with front and rear facing cameras to enable video recording, photography and video conferencing, along with a dual core processor, which is supposedly exponentially faster than the original iPad.

The device, which will be available from March 11, features the same 9.7” screen, and seems very well matched against the Motorola Xoom, and also at a lower price, and so Jobs could perhaps be excused for saying that 2010 was the year of the iPad, and that he expects similar things for 2011. 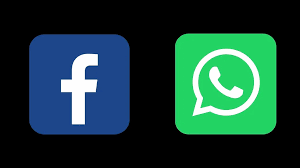