GDPR could prove to be a big opportunity for Indian companies: Co-founders, TSD Corp

The General Data Protection Regulation (GDPR) came into force last month and has the world talking about its pros and cons. exchange4media caught up with Pankaj Rahul Singh, Founder, Director & COO, and Jay Motwani, Architect & CMD, of TSD Corps, to understand the impact of the regulation in India and other nations.

Here’s the edited excerpts of the interview:

What is GDPR and why is everyone talking about it? Jay Motwani: GDPR came into existence on May 25, 2018. This is a regulation that takes care of the consumers’ interest in terms of their data. For the first time, consumers will be able to protect their data and have full control over it. Any platform that takes data from consumers, will now have to compulsorily take their permission before using it. For example: You had put up a picture on social media 10 years ago but you now think that it is not appropriate, you can get it deleted not just from your account but from the server itself.

If GDPR is meant to protect the rights to privacy of the citizens of European Union, why are other countries so worried about it?

Jay Motwani: Although GDPR has been introduced in the European Union,  but its countries share data of its citizens with the world. So anybody who is communicating with these countries or has business in these countries, will also have to be in compliance with GDPR.

If an organisation dealing in EU is not in compliance with GDPR, huge fines will be imposed on it. The fines will be to the extent of 4% of the company’s total global revenue or 20 million pounds, whichever is higher. So companies have to be cautious in terms of what access they are giving to people and what data they are collecting. They have to be more responsible now.

What is the impact of GDPR on digital advertising, marketing and data supported agencies? 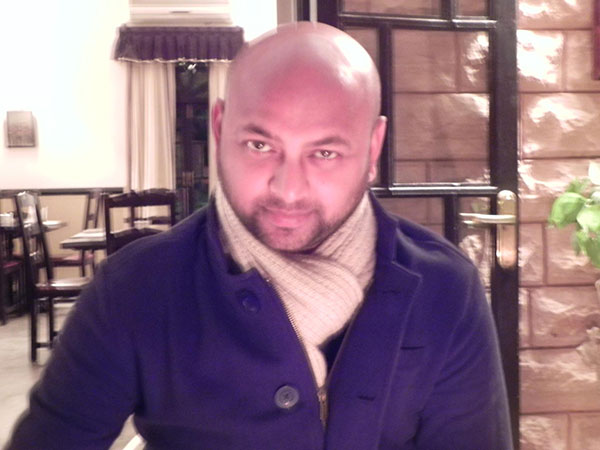 Pankaj Rahul Singh: The fact is that GDPR is not going to affect those who don’t work in the European market and those who have a lot of time to ensure that their products are in compliance with the regulations. But compliance will not be an easy exercise. It will take a while because it will require a lot of things, including artificial intelligence and machine learning. The norms that have been created under GDPR are quite stringent. While the compliance is happening, the spends on advertising will take a hit. So I think the advertising pie could be affected to a certain extent for a while.

Was there no regulation earlier? If there was, why suddenly companies are afraid of dealing in European Union?

Pankaj Rahul Singh: I think everybody is scared because of the huge fines. There were regulations earlier as well. India might not have a separate bill for data privacy, but Section 43A of the IT Act protects citizens from any data breach and the fines under this section are quite huge, in fact up to Rs 5 crore.

There is more concern now because most of the big players across the world are going to be impacted by GDPR and India is on a monumental digital journey with about 25 billion digital transactions.

Many Indian publications stopped functioning in EU after GDPR came in. Were they doing anything wrong?

Jay Motwani: It is not that they were not doing anything to protect people’s data earlier. It is just that there was the deadline of May 25 and there was too much at stake. So it is a cautious approach that not just the Indian companies but companies across the world are taking.

Companies are taking time to understand and then act accordingly to make themselves compliant. They are ensuring that their data team talks to the compliance team and come up with a solution. So, in the interest of the longer run, they are taking a hit currently. This is also an opportunity for Indian companies. I am hoping that Indian companies are looking forward to get GDPR compliant and make a comeback.

Does that mean that the companies are worried right now but there might be a bigger opportunity for them later on?

Pankaj Rahul Singh: Yes, there might be a huge risk right now but it might turn out to be a big opportunity later. The biggest challenge for these organisations is that they have been collecting data for quite a long time now. With the GDPR coming in, they will have to do an assessment of the data that they have been collecting so far. Once the assessment is done, the companies will structure the data within the norms of GDPR.

India is moving towards becoming a digital economy and the Supreme Court of India has also said that privacy is a fundamental right. So protecting users' privacy is important in India even otherwise, and not just because of GDPR.

Data is the new oil. In India, companies in sectors such as information technology, banking and insurance are working very closely in the EU space. They have invested huge amounts to work in different parts of the world, including EU. With GDPR coming in, the EU nations would want to work with organisations that are compliant with the new regulations. So if Indian companies that are already active in EU become GDPR compliant, it would give them a competitive advantage in that space.

Do you think that now other countries will wake up to these new regulations and adopt similar norms?

Pankaj Rahul Singh: GDPR is a benchmark that European Union has set. I won’t say ‘they will wake up’ because data is something that affects economy, and countries have been cautious about it. In fact, in India itself, there has been a lot of debate about what should be included in the IT Bill and what not. So I think a lot could be taken from GDPR.

Where do we stand as a nation when it comes to protection of data?

Jay Motwani: We are a democratic country of over 1 billion people and it is extremely important to take care of individual data. I am of the opinion that GDPR is the first step in that direction and in India also we should have norms to ensure that there is no leakage of data because misuse of data can lead to a lot of complex situations.

I think India, being a leader in information technology, understands  the situation. Laws are already available in the country. I don’t think we are very far. It is just a matter of time when we will put in place a proper framework and execute it.

We are focusing on news & GEC genres for our communication: Shashank Srivastava
6 hours ago

Can Microsoft buyout be the way forward for TikTok in India too?
7 hours ago

I am very disappointed by news channels: Sam Balsara
20 hours ago

Mail Today to shut shop on August 8?
7 hours ago

IMPACT’s 50 Most Influential Women List, 2020 to be unveiled tomorrow at 5 pm
3 days ago