Media shapes consumer sentiment because consumers tend to look at the latest information available to them and project from there said Hemant Malik, Divisional Chief Executive, Foods Business, ITC, while delivering the keynote address in the recently concluded exchange4media Conclave - South.
Talking about ‘Managing Consumer Sentiment During Times of Uncertainty Malik highlighted that the consumer sentiment is very important because an individual consumer’s feeling about her/his own current financial health reflects on the short-term economy and has implications on long-term economic  growth.  This was best noticed in the 2015 noodle segment crisis. A ban on the market leader in the noodles segment led to a huge negative sentiment in 2015 and consumers left the market. “While Nestle was impacted, this led to confusion among all brands and the entire segment which was worth Rs 3500 cr, came down to Rs 1000 cr,” recounted Malik at the event.

He explained how Sunfeast Yippee, an ITC brand, had to fight the battle of managing the misinformation in the media. “Transparency became a very key feature of giving information through TVCs and the digital medium with the You Ask, We Answer Campaign.” He noted that Yippie was the only noodle brand that was not stopped from being sold in the market. While the market saw a drop, the reassurance communication made a difference in terms of Yippee Noodles gaining a higher share of the market, Malik shared.

Speaking about short-term negative impact of demonetisation on the business, and the teething problems with the implementation of GST he noted that consumer sentiment index saw a decline. “The year on year growth rate for the month of September has increased from 6% to 14% in 2017. Looking at the last five quarters, we notice a good growth story in Q2 and Q3 of last year, but after that we could not keep up the momentum. Even in Q3 post GST, we see an impact in both rural and urban consumer set. Therefore, the question we need to ask is: Is there an economic slowdown ahead or is this the start of exciting times?”

“In either case, we need to find the right strategy to deal with consumer sentiment,” he said. Citing the example of the demonetisation and GST phase, Malik said that ITC in fact increased marketing spends during this phase, and even launched new products.

Listing a few mantras for maintaining positive consumer sentiment he said, “Stay close to your customers and understand their behaviour. For example during demonetisation we focused on smaller SKUs because we understood that cash-strapped consumers will want to purchase smaller SKUs since they may not have enough cash for bigger SKUs.”

He drew attention to employee satisfaction and said, “Focus on your employees also because the negativity has a way of spreading through the organisation. We organised workshops for employees, recruited 270 people and noticed that our attrition has dropped dramatically.”

Malik noted that while cost-cutting is important during tough times, “let’s not make any knee-jerk reactions because cost-cutting is about strategic costs rather than capital costs.” Focus on improving efficiency; efficiency can improve by at least 10% year on year. Keep and eye on competition and learn from them, he advised.

“The future looks bright, the economy is bouncing back,” Malik said. He further said that FMCG consumption per capita as a percentage of GDP is just about 2%. He added that this share can increase. “We at ITC also believe that this space can grow at a CAGR of 15% over next 14 years which is a Rs 40-270 bn opportunity. We (ITC) want to be a Rs 100,000 cr business from our non-tobacco business, which means, we need to grow at 15-15.5%.”

Such growth projections demand commitment from the company and investments into the future of the company. Speaking about growth he said that it is important to integrate your company’s economic progress with India’s prosperity. “Businesses cannot succeed in societies that fail, we have to be competitive but we also have to focus on growth that enriches and does not plunder the environment.” He spoke about the success of the e-choupal model and the endeavour to plant trees around Bhadrachalam in Andhra Pradesh to extract wood-pulp without having to cut down trees. “You should have a passion for profitable growth but in a way that is sustainable, and inclusive,” he concluded. 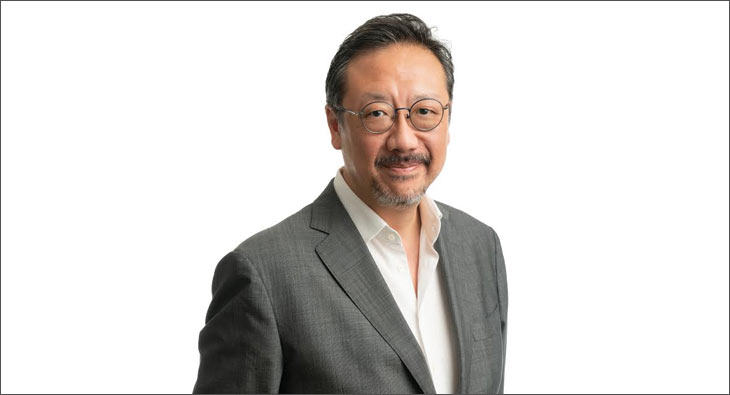