Conventional rules should be challenged and bar of creativity raised to deliver the remarkable, said Prasoon Pandey, Director, Corcoise Films.

The Ad Guru was speaking at the 24th edition of the Advertising Club Bangalore’s Big Bang Awards 2019. Pandey spoke on ‘Breaking the rules’ – the theme of the awards.

“Young minds don’t need to break any rules. We are the ones who are desperately looking for rules and templates etc. in order to replicate success. They don’t want to replicate anything, instead they want to create,” said Pandey.

He said the trap in breaking rules was that in order to break them you first have to recognise them. “The problem is as soon you recognize them they corrupt or contaminate your thinking,” he added.

“Breaking rules means to question anything that you see. If you don’t question them, it will end up becoming a rule,” he said.

Pandey elaborated this with an example of Times of India’s ‘A day in the life of India’ campaign. In the year 2001, Pandey was approached by Enterprise Nexus and Times of India for a campaign where they wanted to shoot a film capturing the daily life in India. It was meant to go with their print campaign ‘A day in the life of India’. “I thought it was a fabulous idea but I questioned the role of a director in this exercise. Then I came up with an idea where the client could use the money kept aside for the campaign to buy 40 mini DVD cameras and distribute it among the junior staffers of TOI who were then asked to shoot anything they found interesting on their way back to home from office.”

“Every day we had 40 clips shot by the staff and in that at least 10 had something interesting and we got at least one fabulous interesting real life observation from the last 24 hours. I instructed the client to take a spot of 60 seconds between the 9pm Doordarshan news and tell that in this 60 seconds you are going to find a real observation of what’s happening in the country in the last 24 hours. The campaign was a great success and it was possible only because I questioned my role as a director.”

Pandey said most rules were created by fear. “When people are afraid to go somewhere, they say that if they go there they will fall and that becomes a rule. There is a notion that the products being advertised must always be associated with only success.” He elaborated this with a 20-year-old campaign done for Yahoo India.

Pandey said he found regional clients bolder in terms of breaking rules “than the ones who are being operated through a remote control sitting in some other city”. He spoke about a campaign done for Hathi Cements, a regional client from Gujarat.

“Go ahead, break the rules. We chose this field because we wanted to do something brilliant and different,” concluded Pandey.

#HealthInsideOut - The new mantra for India
22 minutes ago

Will advertiser interest in cricket surge after India’s win against Australia?
45 minutes ago

e4m-infobip: Physical will come back & digital will be the flag bearer for retail in 2021
1 minute ago

#HealthInsideOut - The new mantra for India
22 minutes ago

'E-commerce, content and performance will be the most critical in 2021'
33 minutes ago 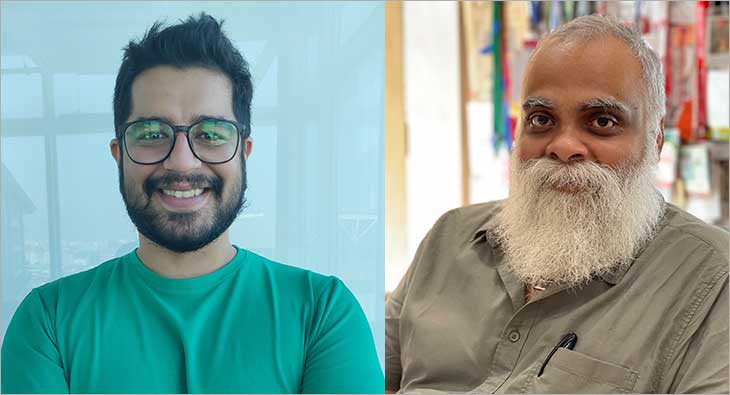 advertising #HealthInsideOut - The new mantra for India
22 minutes ago

advertising Will advertiser interest in cricket surge after India’s win against Australia?
45 minutes ago