Conceptualised by WATConsult, the campaign focuses on identifying suicidal signs among those close to us to provide necessary intervention and access to mental health services

With the aim to mark ‘World Suicide Prevention Week’, Suicide Prevention India Foundation, an NGO which works towards creating awareness about suicide prevention and WATConsult, the digital and social media agency from Dentsu Aegis Network, launched a campaign, ‘#GiveSubtitlesToSuicide’.

According to the World Health Organisation (WHO) suicide is an emerging and a serious public health issue in our country. The most vulnerable and affected age group is between 15-29 years. The suicide mortality rate per 100,000 population in India is 15.7 while the global average is 10.7.

The campaign focuses on the importance of identifying suicidal signs among those close to us, as most of the people fail to identify these signs, while some who understand, don't know how to deal with them. 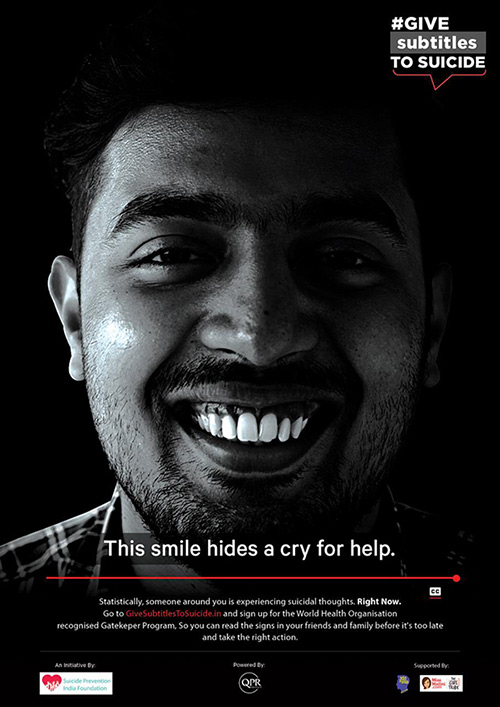 Launched digitally, the campaign leverages the popular 'subtitles' feature on YouTube and Facebook. The campaign video revolves around the life of 5 college friends, has to be watched twice, first without and then with subtitles. When watched with subtitles, it showcases the fact that how some obvious suicidal signs get overlooked unintentionally and lead to suicide.

The agency also created a website to promote the ‘QPR Gatekeeper Training Program’ by Suicide Prevention Foundation India that trains a person to identify people at the risk of suicide by recognizing early signs, providing necessary intervention and access to mental health services. The NGO will also be conducting offline activities with various colleges to create awareness and educate students about the programme.

Rajiv Dingra, Founder and CEO, WATConsult commented, “As per the reports and statistics, suicide has been increasing at an alarming rate. We wanted to not only create awareness, but also provide support to the people in need; before it’s too late. We are glad to partner with Suicide Prevention India Foundation and urge people to sign up for the QPR Gatekeeper Training Programme that helps identify early signs of suicide, take corrective action and save lives.” 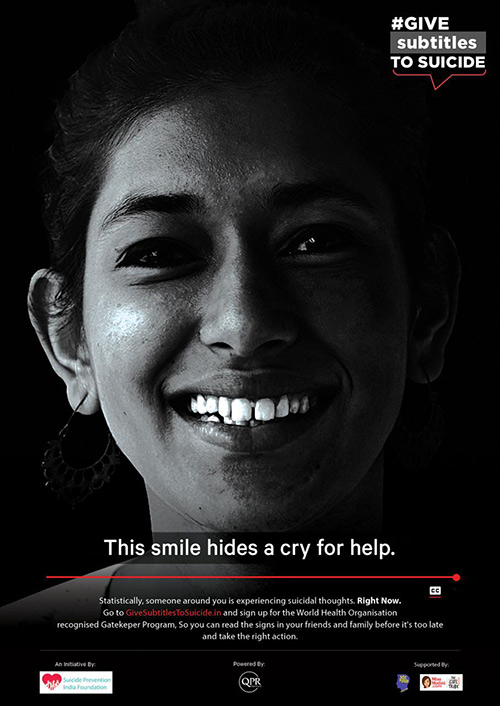 Nelson Vinod Moses, Suicide Prevention India Foundation said, “Student suicides have gone up 52 per cent between 2007 and 2016. We wanted to throw the spotlight on how a community-based approach involving the Gatekeeper program can lead to more awareness, increased help-seeking and reduction in suicides. All of us can play a role in preventing suicides, all we need is the training to recognize signs, make interventions, and help them get the required help. We have a tie-up with US-based QPR Institute, the world leader in suicide prevention training to market their suicide prevention training program in India.”

Adding further he said, “The concept that we are exploring is simple but very powerful. Those with suicide ideation give out signs or talk about it, either directly or indirectly to a friend, classmate, family member, or colleague. But most of us are unable to pick up these signs, and even if we are told directly that the person is contemplating suicide, we don't have the necessary knowledge or skills to be able to deal with someone who's suicidal. #GiveSubtitlesToSuicide is about learning how to pick up signs of suicide, respond with kindness and concern, persuade those who are depressed or suicidal to get help, and then refer them to a place or person where they can get that help. All it takes is 60 minutes of Gatekeeper training to help someone who's feeling suicidal and potentially saving a life."

The campaign is also being supported by MissMalini, an Indian digital influencer, TV host, entrepreneur and best-selling author, who launched the campaign on her social media pages and has been creating a buzz on her digital portal MissMalini.com.

Indraprastha College for Women, University of Delhi, supports this campaign under its Mental Health Awareness initiative, and has made its premises available for shooting this film.

Our efforts have led to a 92% pitch-winning rate: Shamsuddin Jasani & Chamith Buthgumwa
10 minutes ago

Ruchin Khanduja steps down as Head of Marketing & Digital, Hindware, Evok
15 minutes ago

Kwan has doubled in size in the last 15 months: Vijay Subramaniam
30 minutes ago

How Kellogg’s aims to increase its share of the Rs 1,400 crore breakfast plate
1 day ago