Fashion retailer, Shoppers Stop has introduced the ‘Denim to Work’ campaign, a unique initiative encouraging working professionals to include denims in their work wear wardrobes. The first-of-its kind campaign is inspired by young CEOs and leaders across industries. 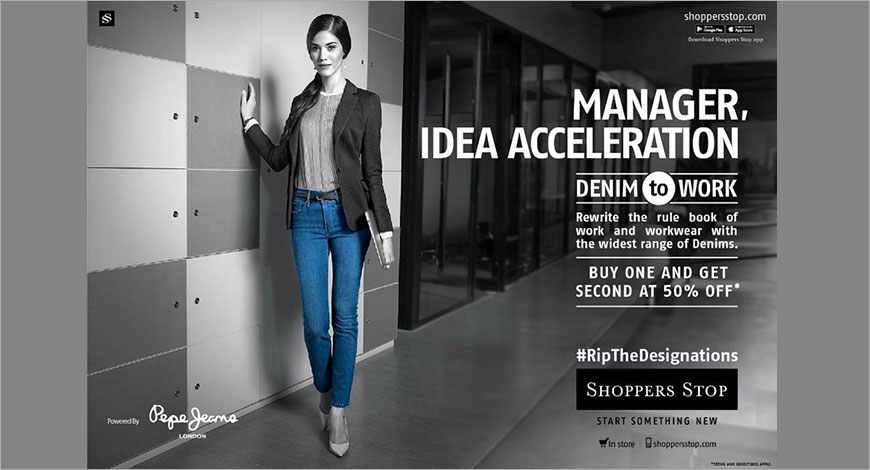 ‘Denim to Work’ is a campaign which has been introduced to break the traditional formal work week wear with an aim to empower and redefine the new codes of leadership towards building a fresh work culture. With new-age companies and start-ups relaxing the norms and with introduction of Friday dressings and casual dressings to work, denims are increasingly becoming an acceptable dress code at work.

Commenting on the campaign, Govind Shrikhande, Customer Care Associate & Managing Director, Shoppers Stop Ltd., said, “With growing awareness and an increasing affinity towards denims across age groups, we believe there is a huge untapped market for denim segment in the apparel industry. Organised retail sector, young population, online penetration of denims, growing popularity of engineered/ distressed denim, varied fabric washes and changing classification of consumer’s wardrobe are some of the key growth drivers which will further fuel the growth of this segment. Shoppers Stop aims to tap into this market growth and leverage its large offering in the denim category through the ‘Denim to Work’ campaign which has been rolled out across multimedia platforms with print, radio, outdoor and a digital film.” 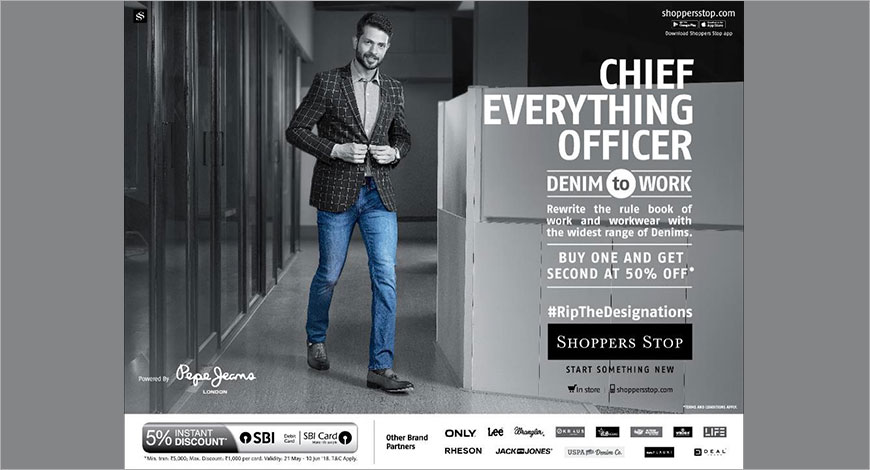 The digital film for the ‘Denim to Work’ campaign has been produced and directed by Mirum and the ad creatives have been created by Shoppers Stop’s ad agency Contract Advertising. Conceptualised by Mirum, the digital film aims to break down the rules laid by rigid corporate culture. In line with Shoppers Stop’s brand philosophy ‘Start Something New’, the film features young employees at various levels of hierarchy and how they #RIPtheDesignations to stand out in the system with their own attitude and style. Wearing denims to work is increasingly becoming an acceptable dress code across most industries and is the next formal attire for most corporates. The film inspires young professionals to flaunt their own sense of style and exude confidence at the work place with denims as a part of their work wear wardrobe.

Vineet Mahajan, Head of Art, Contract (India), commented, “Walking into work wearing a pair of jeans is a common sight now. But denims have never been promoted as workwear. We thought this idea was quite disruptive and we hit the sweet spot of an idea by celebrating the designations of a new age workplace. Shoppers Stop has always broken new ground in fashion retail communication and this one was no different.” 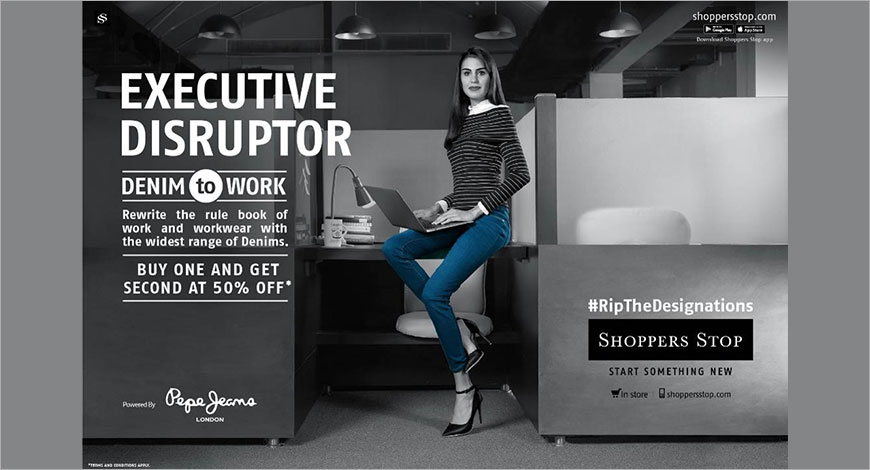 Sanjay Mehta, Joint CEO, Mirum, said, “For me, this denim-to-work campaign closes the loop in a certain kind of way. For the last six years, I've been wearing blue denims to work every single day and have been extremely comfortable in these. Over this period, I have also seen a shift in the way denims are perceived in the corporate world. People have accepted it as a part of the whole workforce culture. Also, I'm excited about the campaign as it gives people an opportunity to see denims in a definite kind of role and setting. I'm sure that more companies will accept denims as a part of their evolving office culture after seeing this campaign.”

Shoppers Stop offers more than 25 brands of denim wear for men and women. The ‘Denim to Work’ campaign has been rolled out by Shoppers Stop across its 84 stores, and will curate and showcase looks that one can explore through the work week from Monday to Friday.

advertising Mirabai Chanu: The soon-to-be blue-eyed girl of the brand world
3 days ago