The 2018 Onam season is all set to be ushered in, come second week of August. Brand custodians, advertisers and media houses are already on their toes to welcome the national festival of Kerala, with everyone’s marketing focus shifting to the state.

According to industry experts, several brands in Kerala keep 25-40% of their annual budget aside for the upcoming festive season alone. Coming to categories, retail, jewellery, FMCG, automobile and consumer durable brands are expected to splurge in a big way for Onam advertisements. The hefty advertisement spends by brands will now be directed towards the rather long festive season from Onam to Diwali (August-October). 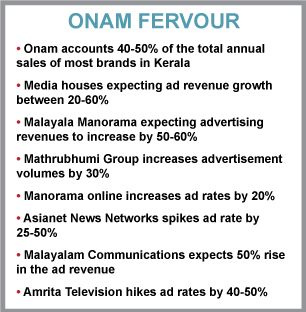 Despite all odds due to the current erratic weather conditions in the state, with heavy rains playing spoilsport, the media world in Kerala is positive about the Onam season. Like every year, this year too, the print, television, and digital media houses in Kerala have come up with different campaign packages for brands across categories. Most of them have understandably spiked up advertisement rates and are expecting to reap a healthy number in terms of advertising revenue. Most of the media houses are expecting an advertisement revenue growth of up to 60% during the upcoming festive season.

Malayala Manorama’s campaign says, “This Onam is going to be the season for excuses in Kerala. Any excuse to get rid of their old stuff and buy new stuff, so the best time to catch up a Malayali as he is all ready to shop.” 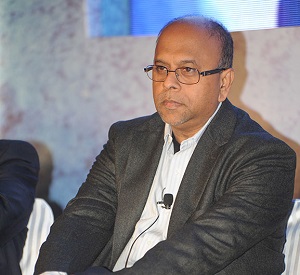 Malayala Manorama expects their advertisement revenue to rise by 50-60% during the Onam period.

As Varghese Chandy, Vice President, Marketing, Advertising Sales, Malayala Manorama, said, “Onam accounts for 40-50% of the total annual sales of most brands in Kerala. Onam being the beginning of festival season in India, the market focus will be on Kerala. The rationalisation of GST on consumer durables will help brands in increasing sales in Kerala. We expect our advertising revenues to increase by 50-60% in the Onam period over an average month’s revenue.”

The Mathrubhumi Group has increased their advertisement volumes by 30% during the festive season across their print, television and digital platforms. They have also launched an integrated campaign for Onam. 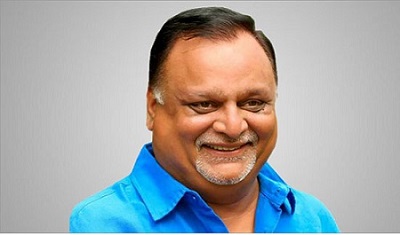 “We have recently rolled out an integrated campaign consisting of a series of ads, which talk of our diversified verticals featuring Mathrubhumi as the proverbial elephant in the room, since elephants are a very Kerala-esque mnemonic and represent the group’s gigantic influence in the state. Every Onam, elephants are a huge part of the festivities, with processions of elephants forming the centrepiece of many celebrations. The message remains clear – this Onam, Malayalees will find it impossible to ignore Mathrubhumi. We hope the campaign will attract media planners and is able to deliver desired responses to advertising by optimising the strengths from within the group,” said MV Shreyams Kumar, Joint Managing Director, Mathrubhumi Group.

The digital platform from the Malayala Manorama Group, Manorama Online, has increased their advertisement rates by 20%. 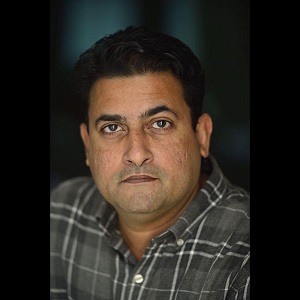 “Onam is a time when most brands in Kerala market go all out. For this year’s Onam, rather than going behind standard inventories, Manorama online is coming up with innovative campaigns that is co-created with our advertisers. We have raised our advertising rates by 20% and most of our inventories are pre-booked,” said Boby Paul, General Manager, Manorama Online.

The market leader in the Malayalam GEC category, Asianet too is optimistic about the advertisement revenue growth during the season. 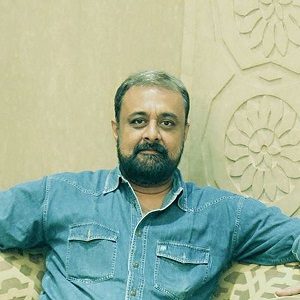 Asianet News Network is particularly confident about their exclusive property named ‘Atham Pathu’, which has reaped huge success in the last two years. 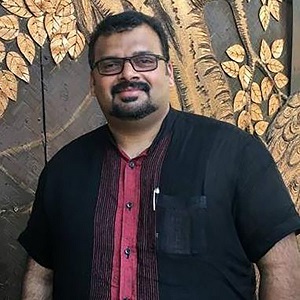 “20% of the Onam campaigns have been finalised one month prior. We are increasing advertising rates by 25-50%. We have a campaign package named ‘Atham Pathu’, which is our exclusive hot-selling property. This has garnered massive response and success in the last two years and we hope to repeat the same in 2018,” said Unni Krishnan BK, Vice President Sales, Asianet News Network.

Malayalam Communications Ltd is putting premium advertisement rates during the Onam season across their four platforms which include Kairali TV, People TV, We TV, and Kairali Arabia. 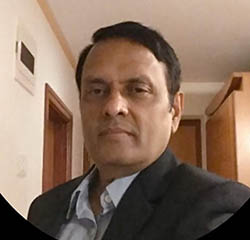 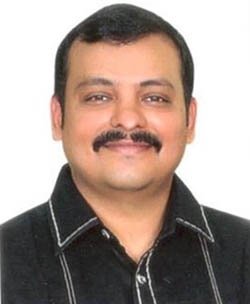 “Onam season contributes 30% of the total turnover of the channel. Onam inventories are hot selling properties for Amrita TV and there is a hike of 40-50% in the advertising rates during Onam season,” said Siva Kumar R, Business Head, Amrita Television.

That weather has played spoilsport this year is evident. According to industry experts, this year the festive season has taken a beating due to heavy rains that lashed across the state and an orange alert issued as water level rises in Idukki dam, dampening the festive fervour. 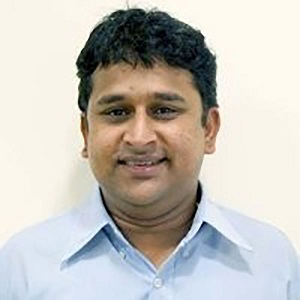 Talking to exchange4media, Kishan Kumar, Managing Partner, Wavemaker, said, “The situation is generally tough in Kerala, rain has adversely affected the industry. Retail industry is picking up. Consumer durables, mobiles phones, automobiles are expected to have high sales during the festival as GST has been slashed. Food brands are affected due to rains. The apparel industry has also been affected as Aadi and Onam seasons are just a few days apart.”
Speaking to exchange4media, another media planner from Kerala, who did not wish to be named, said, “It is a challenging Onam this year because of record rainfall in Kerala. Home appliances and apparel industry is slashing stock by minimum 50%.” 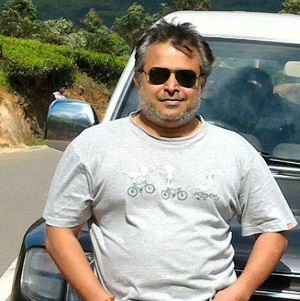 Krishna Kumar, Consultant at Kerala Vision Channel Broadcasting, said, “Onam is a period when the mainstream brands spend big in Kerala. But this year, the enthusiasm from the market seems to be less active. Rain has affected the market adversely. Having said that, leading media houses will receive better involvement and participation.”

“During Onam, brands will achieve minimum 50% of their annual targets, especially white goods. Most of the Onam purchases are planned, so GST impact is very minimal, but reduction of GST can be an additional USP for brands. Media will achieve 40-50% of their ad revenue during Onam,” said Vimal Raj, Client Leader, Group M.

Shemaroo brings Varsha Ojha as Head of Marketing
10 minutes ago