In an ongoing effort to make the Advertising Council of India (ACI) more relevant and useful to its constituents, the Council’s new website – www.adcouncilofindia.org – went live on Dussehra.

Commenting on this development, Pradeep Guha, Chairman, Executive Committee, Asian Federation of Advertising Associations (AAFA), said, “I believe this will be very useful in the times to come. Right now, the site gives one an overview of what the ACI is all about.”

The objective is to get the values created at the Asian level under one roof. The website has information about fast-track programmes that ACI is running as part of AFAA and also has a useful link to the AdAsia 2011 site, which makes available all papers presented. “More importantly, it is the first initiative of the AFAA Knowledge Centre,” Guha added.

AFAA has forged a partnership with WARC, headquartered in London, which has been providing ideas and evidence to the marketing community for the last 25 years. WARC also provides a trend report to AAFA (for Asia) called the Asian Toolkit, which is available to the AFAA and, now to ACI members too.

For the record, the Advertising Council of India (ACI) was formed on April 20, 1999 by the Standing Committee on Advertising (STACA) to extend the aim of the STACA.

We will not build alternate identifiers to track users after 3rd party cookies go: Google
7 hours ago 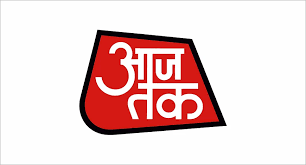 advertising Second Film of #AajTakSabseTez campaign out
7 hours ago