Will Essel Group's entry into infotainment genre pay off?

With the launch of Living Foodz and 3 other channels in the offing, Essel Group is looking to tap into the infotainment space which is currently small in India, but is expected to have a revenue share of more than 7% in the coming year

Last week Essel Group, the parent company of Zee Entertainment Enterprises Ltd. (ZEEL), unveiled its plans to foray into the lifestyle and factual entertainment or infotainment space through the launch of its first channel Living Foodz under the Living Entertainment banner. Dr. Subhash Chandra, Chairman, ZEEL & Essel Group flagged off the new venture from the Media group in India with the promise to launch 3 more channels in the next 18 months. This includes a channel Zee Living a lifestyle and health entertainment channel which it has been running in the US more than 5 years. The launch of these channels in the infotainment space comes from a company which runs one of the highest revenue earning TV broadcaster groups in India. Here’s taking a look at the size of this space and the growth potential.

The infotainment genre in India is one of the smallest in terms of viewership and accounts for 1.3% of the viewership pie in 2014 according to the FICCI-KPMG 2015 report. It was however higher than the English entertainment and English news genre as they accounted for 0.9% and 0.1% respectively. In terms of adex revenue share too it accounted for 2%, higher only to the regional music genre which had 1.4% adex share. While ad revenues in 2014 were expected to be Rs.155 billion (Rs.15,500 crore), infotainment genre would account for Rs.3.1 billion (Rs.310 crore) of the advertising revenues. Though it maybe small currently in India, it is expected to have a revenue share of more than 7% in the coming year according to media planners; one of the reasons why Essel Group is investing in this segment of television programming. Dr Chandra expected Living Entertainment to bring in Rs.30 crore in the next 6-8 months from India and that too with only a few of channels launched and turn profitable from year one itself.

While the revenue expectation from India is good, the network is looking to reap from its global presence. The channels by Living Entertainment will be going to global markets and targeting them as well. The market size of the lifestyle and infotainment space internationally is expected to be Rs.1-1.5 lakh crore and could go up to Rs.1.75 lakh crore. While the viewership the world over is only 12-13% of the total TV consumption, however in terms of revenues it accounts for 18-20% said Dr Chandra. This can be seen in the expectation of Rs.80 crore revenues from international markets for Living Entertainment and the growth in revenue of Rs.1,000 crore plus annually in the next 4-5 years from the world markets.

Few players in the infotainment space

While the market size for this genre is quite large, the players in this space the world over are very few. It includes four main players such a Discovery, National Geographic Channel (NGC), History channel and Script Network. These networks have several channels in the lifestyle and infotainment space, with a presence in most major TV markets in the world. In the Indian market Discovery and NGC are the largest players. An all the more better reason for the Essel Group’s network to make its way into this space and being the first Asian network to do so, could see it capturing the Asian markets that the ZEEL group had a foothold in.

In spite of attracting a niche audience, it is expected to have a high affinity index. A reason why the space is known to attract premium brands and as the audience is also expected to be high income earners. Despite the small size of the genre currently the genre has a few players internationally and new players can look to capitalize on a good growth in revenue. 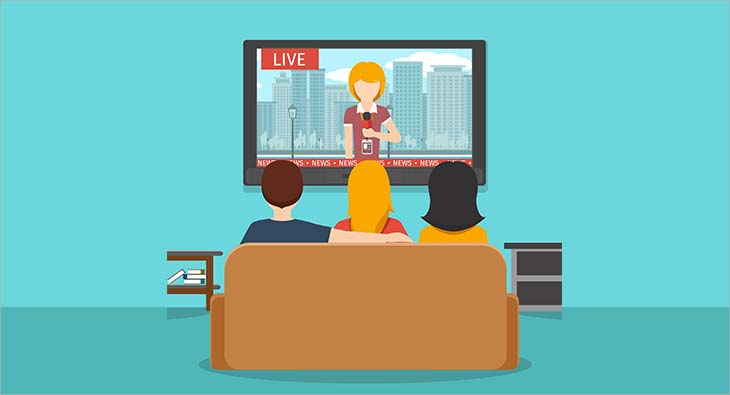