Meetu Jain, Deputy News Editor of Times Now quits her job over the much controversial Essar leaks. She tweeted: “For all trolls salivating for my scalp: Here's the good news. My resignation has been accepted.  #Essarleaks.” She also tweeted, “For all investigative journos making sly inferences. Prove quid pro quo not just with Essar but any corporate group.”

She is the third journalist who has resigned over the Essar leaks controversy. Sandeep Bamzai, Editor of Mail Today and Anupama Airy, Energy Editor of Hindustan Times resigned last week.

Some senior journalists were under scrutiny over the Essar leaks controversy and Meetu Jain was one of them. As per reports, Times Now Editor in Chief Arnab Goswami and the management had ask for an official explanation from her on February 27th and she was off with the official duties with the organisation.

According to a media report, she cleared her point by denying any allegations on her. She said, “I would like to out rightly deny any allegations that I took a favour, such as taxi, from the Essar Group of companies while working at my previous organisation.”

Tweeting about her stint with Times Now she posted, “For @TimesNow  @thenewshour.  I hold no grudges, never will. Working at Times Now was fun while it lasted. #EssarLeaks.”

Meetu Jain is a senior journalist who has worked with Organisation like Network 18 and Times Now in the past. 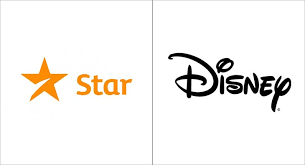