Due to reasons such as limited inventory, lack of universal measurement, stringent regulations and slow ER rate, content differentiation across radio has been one of the biggest woes for broadcasters. The problem was seen getting less challenging with Phase III’s content boom promise; however, that is still a farfetched dream.

To stay relevant in the game and fight the repercussions of mass show formats, broadcasters have been differentiating in pockets across metro and regional markets. While the game in both the markets is completely different, staying relevant in metros is more difficult as radio players cater to audience who make informed decisions and look out for more genres.

“Any experimentation has to be backed by sound logic and its relevance to our product. Having said this, consistency continues to be key to success in any sphere. Any innovation that brings us closer to the city and our listeners is implemented forthwith; topicality is the driver,” said Anand Raj, National Programming Head, Red FM, explaining the radio player’s core content theme.

Radio stations until now followed standard format in metros that played contemporary music in newspaper format shows in the mornings and magazine shows in the evening. Differentiation was seen with talk in few formats or featuring mythology or television soaps on radio, which did not pick up too well.

The game changed completely in the last few years. Radio One resorted to international content in Delhi and Mumbai. Big FM went retro in Delhi almost a year ago and recently followed suit for its Mumbai station.

Strategic time bands
It is very difficult to map out a central theme in time bands across radio stations as it differs from city to city and station to station. Mumbai, Delhi, Chennai, Bangalore and Kolkata – all have shows that are of different nature and formats.

Thus, to understand the content play, one has to observe one city as a time. For instance, the Mumbai market, apart from a few exceptions, features contemporary content in the morning drive time band, followed by a mixed playlist (songs from various eras) in the post 11AM time band and the afternoon time band. The evening drive time again consists of contemporary and the late night band, which is now as important as drive time, is reserved for retro content. The Mumbai private FM market consists of shows such Hi Mumbai, Picture Pandey, Kasa Kai Mumbai, Big Memsaab, Sunset Samosa, etc. across radio stations.

While the aforementioned flow has managed to create a niche and attract certain kind of audience, there has been a huge need gap which broadcasters are trying to mend with differentiation in various formats.

Nonetheless, there are also stations such as Radio One and Big FM which now follow a different route. “Our content strategy is based on being away from the herd. We don’t follow time bands or time slots,” said Vineet Singh Hukmani, MD and CEO, Radio One.

Differentiation through digital
Adding additional stations to cater various genres will be an option only post Phase III and adding new genres on the terrestrial station is a difficult task as broadcasters need to even out the investment made in the license. The silver lining for this dark cloud has been digital. Stations such as Radio City and Radio Mirchi have been very active on the internet with a number of music streams that cater to diverse genres.

“Digital gives a lot of scope to experiment. Radio listenership to a certain extent has been moving to the digital platform. While we do realise that terrestrial radio has its loyal listeners, there are listeners, particularly the younger ones, who are moving to digital,” remarked Apurva Purohit, CEO, Radio City.

Also, the growing importance of digital has made the medium one platform that requires radio presence, thus making it a perfect platform to experiment. Radio City’s online streaming caters to genres such as devotional and independent content. Radio Mirchi’s online streams provide independent music, party mix and modern melodies.

Purohit also expressed that as internet literacy spreads outside the big cities and towns, a trend of web radio listenership from small towns, where entertainment options are limited, has been witnessed.

Contests galore
Contests have been one of the most effective methods of creating a call of action, listener engagement and also high quality content. For instance, Red FM’s ‘Mama of pani pilao’ or ‘Gola chuso’ contest or Fever FM’s ‘Fever Mumbai Dabbang’ were contests that called out to city inmates and created fresh content for listeners otherwise.

Content, content, content
The success of any medium boils down to rooted strong content. With good music, what listeners require is content that is more than jock talk. A number of stations have taken the initiative of going beyond terrestrial jock programming. Big FM introduced Yaadon Ka Idiotbox and Fever recently launched Friends in a Metro, a radio serial that narrates the life story of five friends.

Explaining the content strategy, Indira Rangarajan, VP Regional Programming Head (West and Central), Radio Mirchi said, “Be it concepts like the Mirchi Music Premiere or segments like Absurds, Faadu Fillum or shows like Sunday Music Company, across the country at Radio Mirchi experiments are always on.”

The same sounding radio stations after all have a lot of individual properties that give each broadcaster distinct characteristics. However, in spite of the content strategies, players are somewhere stuck due to lack of universal measurement and the ultimate dependence on mass formats.

Radio is already a darling for those who tune in. What the medium needs now is content and marketing that will help it go beyond the current listener base. The million dollar question is ‘Will the current content strategy be able to achieve this?’ 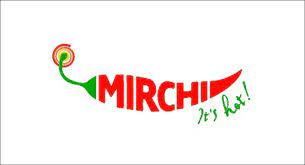