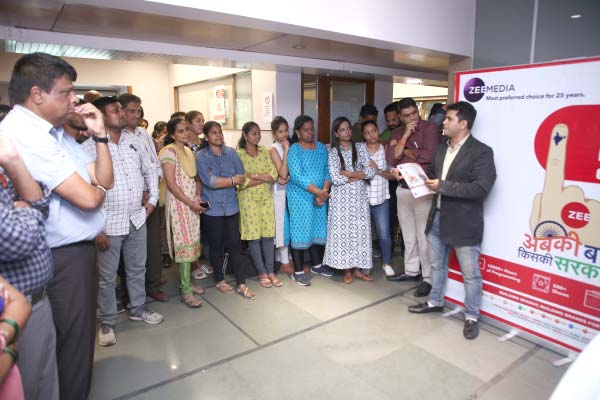 On May 2, the last day of the exercise, it was carried out at OMD and PHD in Delhi and OMD and Annalect in Mumbai. OMD in Delhi alone registered 88% participation while together with PHD, it saw 79% employees partaking in the endeavour. OMD, Mumbai saw 78% engagement while with Annalect, the involvement was 68%.

Winners of this entire exercise at these agencies were Ravi Kumar from Havas Media, Delhi, Raju Tutika from Madison, Kolkata and many more. All they had to do was answer five questions pertaining to the ongoing General Elections and walk away with a grand prize. These winners took home the sleek and stylish Saregama Caravan as a reward. 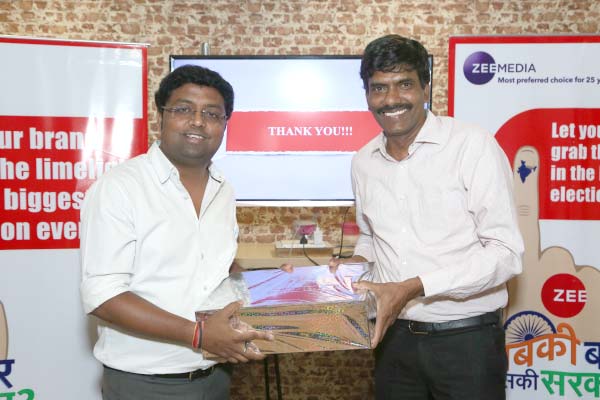 The “Ab Ki Baar Kiski Sarkar” National Agency Opinion Poll campaign is Zee Media’s initiative to make the young Indians aware of who and what they are voting for. “BUILDING BHARAT, BUILDING BRANDS FOR 25 YEARS” is Zee Media’s mantra and gauging by the response to this highly intriguing campaign, employees of these agencies have contributed to it in a big way. It’s not always that you get to voice your opinion about your country and what you are expecting from your elected member of the parliament. Zee Media gave a platform to do that and was treated with an ecstatic reaction.

Stay tuned to this space to know the complete list of winners and what they felt after participating in this unique initiative by Zee Media.

IOA gets Adani Group as Tokyo Olympics sponsor
1 day ago