Zee Media’s “Ab Ki Baar Kiski Sarkar” has been successfully conducted at the top media agencies of Delhi, Mumbai, Kolkata, and Bangalore. Employees of these firms found the interactive opinion poll campaign extremely interesting and took part in it with great gusto. We have already told you how the engagement went from 80% to 100% in certain cities, which proves that Zee Media’s drive to create awareness among the employees of the agencies regarding elections have been extremely effective.

All in all, 1277 people participated in Zee Media’s “Ab Ki Baar Kiski Sarkar” National Agency Opinion Poll. If we talk about region-wise data, Delhi saw 74% engagement from the employees at GroupM, OMD, Madison, Havas, Lodestar and ZO/Starcom offices. Mumbai, on the other hand, registered 52% contribution from the employees of GroupM, OMD, Madison, Prachar Communications, Havas and Lodestar. 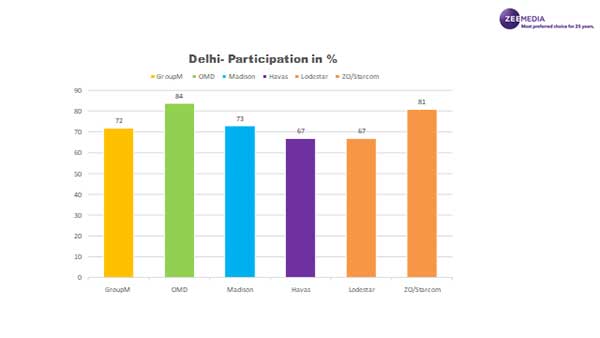 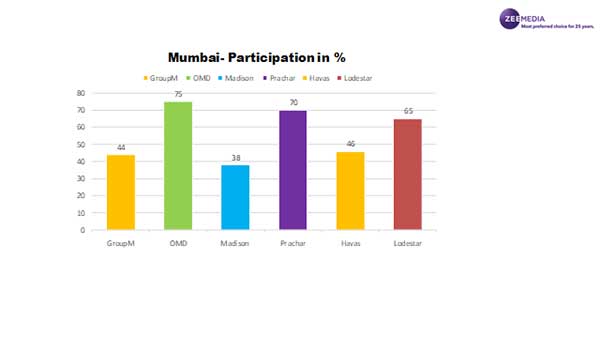 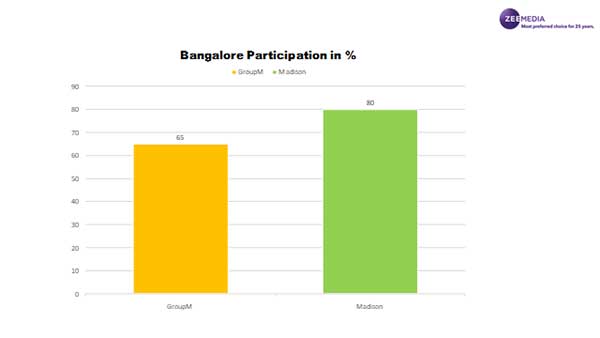 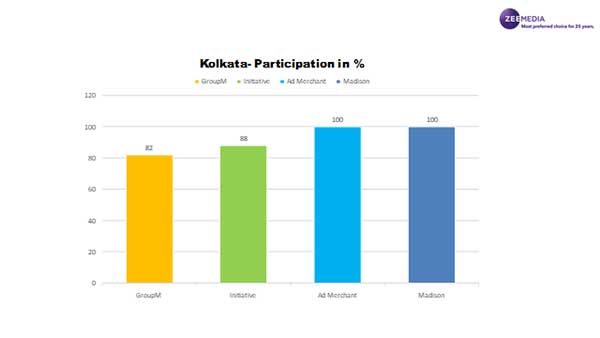 As per the initiative, the participants answered five questions related to General Election 2019. A winner was selected from all these agencies through a lucky draw and the chosen one walked away with the spectacular Saregama Caravan. From Delhi, the winners were Praveen Verma, Ravi Kumar, G.Venkataramani, Saurabh Aggarwal, Raghuvendra Singh Parihan, Ansh Pandey, Bharat Budal, Sneha Singh and Hitesh Chawla. 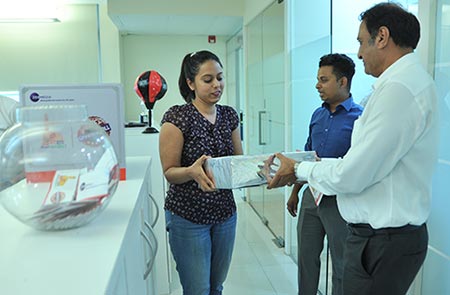 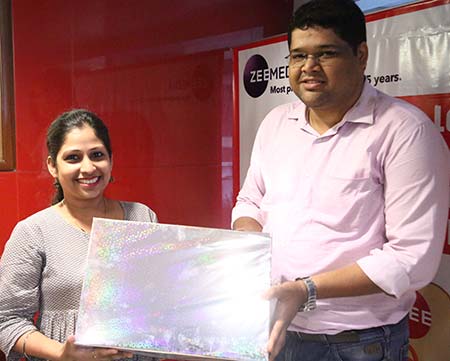 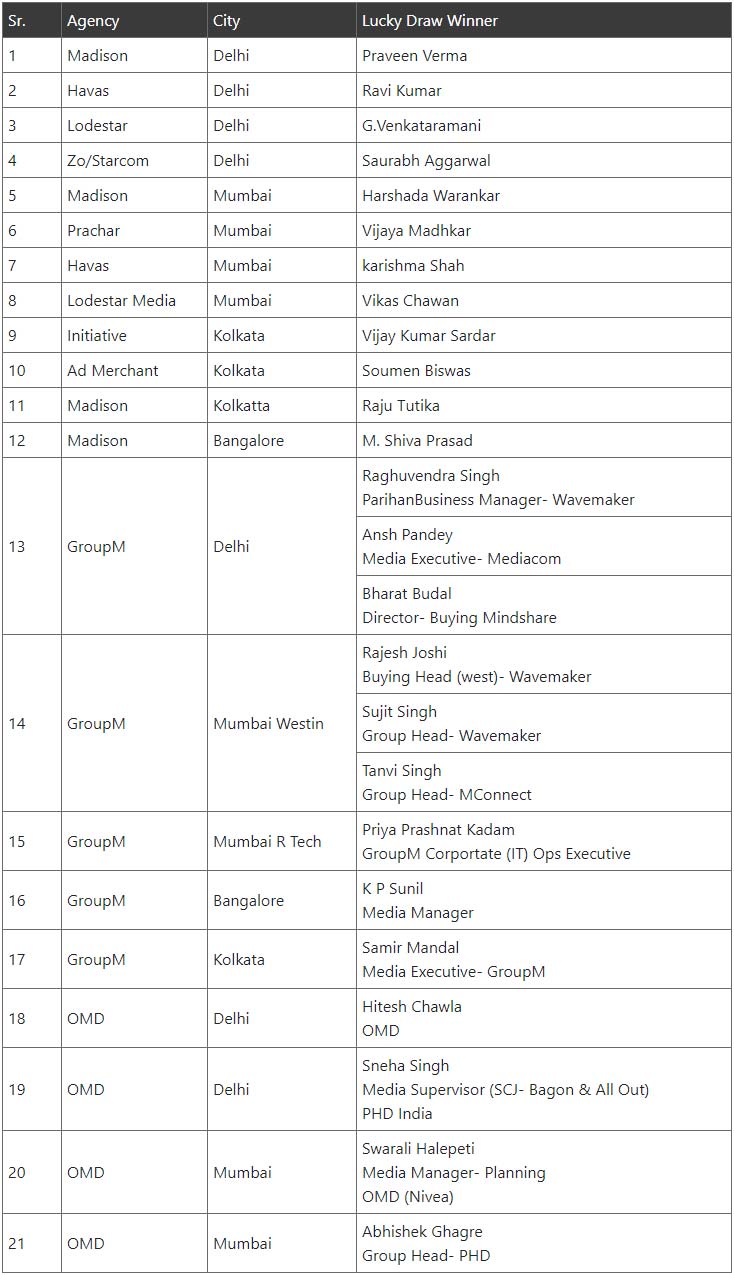 Zee Media believes in “BUILDING BHARAT, BUILDING BRANDS FOR 25 YEARS” motto and this campaign is another step to make it a strong reality. The young minds of today need a push towards the right direction because the chosen candidate at the power corridors will define their future as well. From the response the activity received at these key media agencies, it can be safely said that this initiative achieved its goal.

Greeting people with salaam-namaste is stylish, say Salman Khan and Pepsi
20 hours ago

We got 100X value back with our investments in Ramayan & Mahabharat: R S Sodhi, Amul
21 hours ago

e-Content Jam: 'Give relevant and good content to audience, they will surely engage'
21 hours ago

e-Content Jam: ‘Ethical marketing to be key in post-COVID times’
21 hours ago

e-Content Jam: Why influencers have become crucial for brands in lockdown
21 hours ago