Brands are always on the lookout for bankable talent and with his super spells in the World Cup Jasprit Bumrah ticks all the boxes, say industry experts

Yorker King Jasprit Jasbirsingh Bumrah’s on field success has made him a sensation off the pitch too. Social media posts are filled with Bumrah memes and brands are taking a note of it. Working on paid partnerships on Instagram and Twitter with brands like Beardo, Cello, Dream 11 and others, Bumrah could be the new poster child for brands.

Talking about his potential, Jagdeep Kapoor, brand consultant and CMD, Samsika Marketing Consultants, said, “Bumrah has a capacity to make as much as Kohli and Dhoni from endorsements. He is a performer full of passion who never gives up and brands will surely try to approach him because every brand wants to perform in the market as amazing as Bumrah does on the field.”

Kapoor added that when it came to brand endorsements, players were always under-charged. “Brands hire popular performers as the face of their brand, but often pay them lesser than their worth. So Bumrah should make sure that he is getting what he actually deserves,” he said.

Earlier brands used to find a face that resonated with their identity, but this is no longer the case. Today, brands go by the popularity of the celebrity. “Bumrah will shape the brands’ image and the brands will shape his personality,” said Dimple Gupta, Director, Strategic Brand Consultant.

She explained that Bumrah’s growing popularity was solid evidence that hard work, dedication and focus always pay off. “Without doubt, his social media fan following must be adding by the minute and we are the in the middle of a World Cup, which can only add to the frenzy,” she said.

“Brands are always on the lookout for upcoming bankable talent and Bumrah certainly checks all the boxes. His current image is of a young agile sports person with bright innings ahead. Today he could endorse any brand which is targeted to ages 16-30. One could think of brands in fast food, travel, fitness, clothing, shoes, new age apps, technology and also dating.”

Comparing Bumrah to the likes of Mahendra Singh Dhoni and Virat Kohli, who are already ruling the endorsements circuit, Gupta said that while there was no reason for brands to not choose big stars like Kohli and Dhoni, but it was time they invested in young talent. Someone who doesn’t yet have a ‘defined pre-set brand image’.

Brands that already have Bumrah on board are upbeat about the association and are making the most of it. “Bumrah’s popularity definitely pushes Beardo's name and visibility,” said Ashutosh Valani, co-founder, Zed lifestyle, that owns Beardo.

He added that at “only 25, Bumrah with his different bowling techniques has earned the name of ‘Yorker King’ because of his lethal deliveries. Cricket being closely followed by Indians and Bumrah being one of the most important players in the team at such a young age, has definitely increased his fan following across digital platforms. Brands today heavily focus on marketing plans by roping in celebrities and influencers who are big in the digital space.”

Calling him a youth brand in himself, Valani added that “Bumrah being recognized as the world’s number 1 bowler and his exceptional performance at the World Cup 2019, puts him higher on the world map as compared to the other younger players. His unique style complemented with his strong digital presence makes it easy for him to connect with fans and Beardo alike.”

After taking 2 wickets in the death overs against Bangladesh in the ongoing World Cup, Burmah with his deadly Yorker’s, became the most-talked-about player among netizens. Kohli even praised him for making India qualify for the World-Cup semi-finals.

Is his success on and off the field going to translate into endorsements? According to experts, Bumrah has already caught the attention of brands and it is only a matter of time before he will be all over TV, social media and OOH. 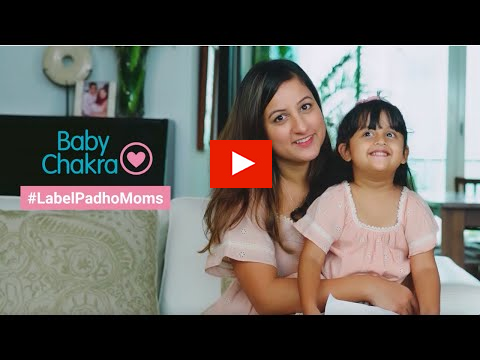