Tinder,Woo, QuackQuack & TrulyMadly; it's about love with a marketing spin

With the online dating scene saturated with new players, the more prominent ones are making the right noise with their marketing gimmicks and establishing their brand presence

It seems the dating apps have found a special connect with masses across the country.  With Tinder, under Taru Kapoor’s dynamic leadership redefining the dating app space, there are many other dating apps in the country today which are competing for a larger market share.

According to media reports Kapoor is focusing on establishing the brand in India, steering user growth and increasing user engagement by focusing on local user needs. This is a step towards making India its core market, a move that’s noticed by other players in this growing category. The 97% growth of its active user base in India over three months and 400% increase of app downloads over the last year explains Tinder’s strategy to open its first international office in Delhi.

Close behind is TrulyMadly; launched in 2014 whose market share is 2.5 % in the pool of 100 mn singles in India.   Targeted at women aged between 22 and 27, the app is focused in terms of reaching its TG and is the first brand to advertise on Instagram.

Another homegrown app built in 2014, Woo has 2.5 million users with 20,000 matches per day and targets single urban individual between 25 and 35 who are largely available on digital space.

While the Hyderabad-based dating website QuackQuack has 1.3 million users of which 60% are from metros and 40% from tier-II and tier-III cities.

Having the right edge

In the last two years the category has been growing with many new players foraying into this segment.

Speaking about the competition in the dating app segment, Ravi Mittal, founder, QuackQuack says, “Our focus has been more on the casual side of dating and with our target audience being youngsters in 18-25 age group, we’re doing pretty good in terms of driving traffic and we drive close to 10 million views on our app and browser versions. With our presence being on app and desktop / mobile browsers, we’re available to a larger audience pool who don’t use apps for everything. So our target is quite unique when it comes to competition.”

New-Delhi-based TrulyMadly only considers Tinder as its main competition on the basis of their numbers. “But Tinder has a different positioning. Also if you look at social media we have lot more responses and engagement than others. Also our tie-ups with reputed content partners get us more traction,” says Saumya Agarwal, Business Manager- Revenue & Growth, TrulyMadly.com.

Woo differentiates itself from competitors in this space on the basis of their features like tag search, question card and screening process. “We are focused on going global and already have presence in Indonesia, Malaysia, Philippines, Singapore and Dubai,” said Ritesh Bhatnagar, ‎Head of Marketing and Growth, Woo

TVC: A one off strategy

For most of these players a mix of digital and offline marketing has worked in their favour, though Truly Madly and Woo did test the waters in television advertising. Both of them released their maiden TVCs, after a year of their launch in the market, around the same time (last August) which worked for the brands to strengthen their presence. Despite the success, TVCs will not be on their radar for the time being.

“We made sure that we were well heard and that worked. We got a raise of around 50 % people coming on the app at that time,” explains Bhatnagar, whose campaign titled ‘Find Magic Find Love with Woo’, was executed in three phases and ran for about 12 weeks starting with TV in the first phase, followed by radio and outdoor media in second and on-ground activities in the third.

Agarwal says, “The TVC (Go Boy Browsing) did magic for us. We got almost 100 % month-on-month growth in terms of downloads. So it did help us establish brand proposition which we have carried out online. So there’s no need for us to do another TVC.”

While Woo did a 360-degree campaign (including print, radio television and digital), TrulyMadly restricted itself to TV. “We did few campaigns with radio, we don’t do print as it doesn’t resonate with our product. We don’t do a lot of traditional media,” says Agarwal.

Digital marketing is the name of the game for all the dating apps for its cost efficiency and targeted marketing. Bagla agrees, “Our (TrulyMadly’s) TG is always consuming good content online. The kind of shareability you get online, you can’t expect that from TV. So once you create digital content that has the potential to become viral you don’t need to take extra effort to use other platform.”

The app’s strategy to create viral content can be reflected in its associations with comedy collective-- All India Bakchod, digital media website POPxo, Bollywood and lifestyle blog Miss Malini. “The film with AIB called Creep Qawwali garnered 1.5 million views on YouTube. One of our first campaigns Breaking Stereotypes deserves a mention as it went viral. So videos and topical content worked well for us,” shares Bagla, who will focus on creating ‘valuable digital content in house’ this year. ‘It will be short form videos that POPxo does which are themed on lifestyle, dating and testimonials,” she explains.

Woo’s marketing strategy is similar with focus on engagement on the social media platforms with its TG.  This year it produced the web series called ‘Let’s Talk’ and a ‘mockumentary’ with Dice Media called ‘Not Fit.’ “In the latter we organized a dating contest for the audience with the protagonist where the winner gets to feature in the series by finding and matching him on the app. So it’s not just a series but an engaging platform for users to feature in one of the episodes,” says Bhatnagar, adding that for 2016 they will have specific platform oriented campaigns apart from a web-series in May. “We are looking at Instagram campaign that’s separate from a Facebook one. Gone are the days when you used to do a TVC and splash it across Facebook and Twitter,” he further added.

For QuackQuack, simple banner ads have been effective for driving good ROI till date. “Emails still hold a good grip in recall value with customers. In terms of branding, photo / poster campaigns and viral videos have had a great impact on brand outreach via Facebook. One of our poster campaigns ‘Indian Marriage Logic’ reached over 2 million people on social media with over 25k likes and 10k+ shares,” shares Mittal, who is focusing on influencer marketing, video ads and quirky eye catchy ads this year which can reach ‘their target audience better.’

Mittal mentions the marketing spends, “We spend a good 6 figures monthly on digital marketing. 60% per cent is invested on Google banner and email marketing since we get better ROI on that, 40% on campaigns and social media which gives us a recall value.”

Apps like TrulyMadly, Woo and Tinder have also invested a part of their marketing spend on on-ground activities which have worked for them to create brand awareness. For instance, there was Truly Madly’s Unsingle Mixers which involve EDM, techno and Bollywood gigs by contemporary artistes and DJs in five cities for its users which cost approximate Rs 2.5 lakh each. Another property called Unsingle Tour featuring popular stand-up comedians (managed by Only Much Louder) was toured across reputed women’s colleges and IIMs last year. Looking at its marketing spends, it plans to keep 50% of marketing split for digital medium and brands/events.

Woo marketed itself on ground through its tie-ups with premium burger chain Carl’s Jr and food app Inner Chef. With the former they had discount-cum-venue promotion while the app was promoted at the latter’s food carnivals in Mumbai, Delhi and Bangalore. Offline activities will remain the focus area for Woo in 2016 as Bhatnagar is looking for fresh tie-ups and new events. “We keep ourselves relevant and focus where our consumer is. The kind of TG we are going after is largely present on digital space,” explains Bhatnagar.

Tinder is not trailing far behind with its recent unique associations with brands like restaurant-finder app Zomato for its property called ‘Tinderlicious,’ digital entertainment company The Viral Fever for its short comic video ‘Eat, Pray Swipe,’ Penguin Random House India for its property ‘Tinder Nook’ and HaikuJAM, a collaborative poetry app.

Kapoor says “As the pioneer of the category and the market leader both globally and in India, Tinder enjoys high brand recall and consumer love. For us, word of mouth is our most powerful growth channel and our consumers are best advocates.”

The dating apps industry in India has been gaining momentum, especially last year, with a number of players entering the market and raising funds. For instance, Noida-headquartered Vee raised $1 million from Lightspeed Venture Partners. TrulyMadly had raised $5.5 million in Series A from Helion Venture Partners and Kae Capital in March 2015. While Woo is backed by Matrix Partners, Omidyar Network and mobile technology company, U2opia.

When it comes to advertising TrulyMadly has kept that door of monetisation open and had partnered with many brands in the past like Starbucks, Cadbury, Lays, Shopper’s Stop, Forever 21, Dove and One Plus X. “Starbucks launched their property ‘Meet Me at Starbucks’ exclusively with us, which generated good numbers. The campaign with One Plus X India (Truly Madly Plus One) during the handset’s launch had a reach of one lakh unique users. 70,000 messages were exchanged. Our social media campaign with Cadbury called Say it With Silk generated 13 lakh impressions. Currently we are running a campaign with Forever 21,” Agarwal shares the numbers of the successful tie-ups. The app is selective about brands that advertise with them and stick to those which resonate with its TG. “We don’t want anyone and everyone. We aren’t looking at Paytm and Snapdeal with 70 per cent off on TrulyMadly. It has to be crafted advertising campaign which will go over here. We are in talks with other major partners. Successful partnership is bringing us repeated contracts with our brands,” she reasons.

Woo, on the other hand, plans to get advertisers on board and has done cross promotions with Uber, Carl’s Jr, PVR BluO (bowling alley) and Inner Chef. “Currently we are trying to consolidate ourselves and get our numbers on international market,” explains Bhatnagar.

Meanwhile QuackQuack doesn’t need to rely on advertisers as it is subscription driven (starting from Rs 1,000 per month) and has broken even three years back, unusual for a dating site who’s TG is between 18 and 25. Will this age group start shelling out money on dating app/sites in a cost-conservative market like India? We can’t help but wonder. Mittal is positive, “Our user base is 25 to 30. Revenue generated is invested in capturing young audience. It’s all about mindset. 19-20 year olds are the curious lot who will soon get adapted into the phenomena of spending on dating.”

'BigBasket is a bully': DailyBasket fires salvo over ‘Basket’ feud
1 hour ago

ShareChat in talks with Tencent to raise $200 million via OCD: Report
15 minutes ago

'BigBasket is a bully': DailyBasket fires salvo over ‘Basket’ feud
1 hour ago

'We see a longer-term trend towards people seeking reassurance, trust & quality'
3 hours ago 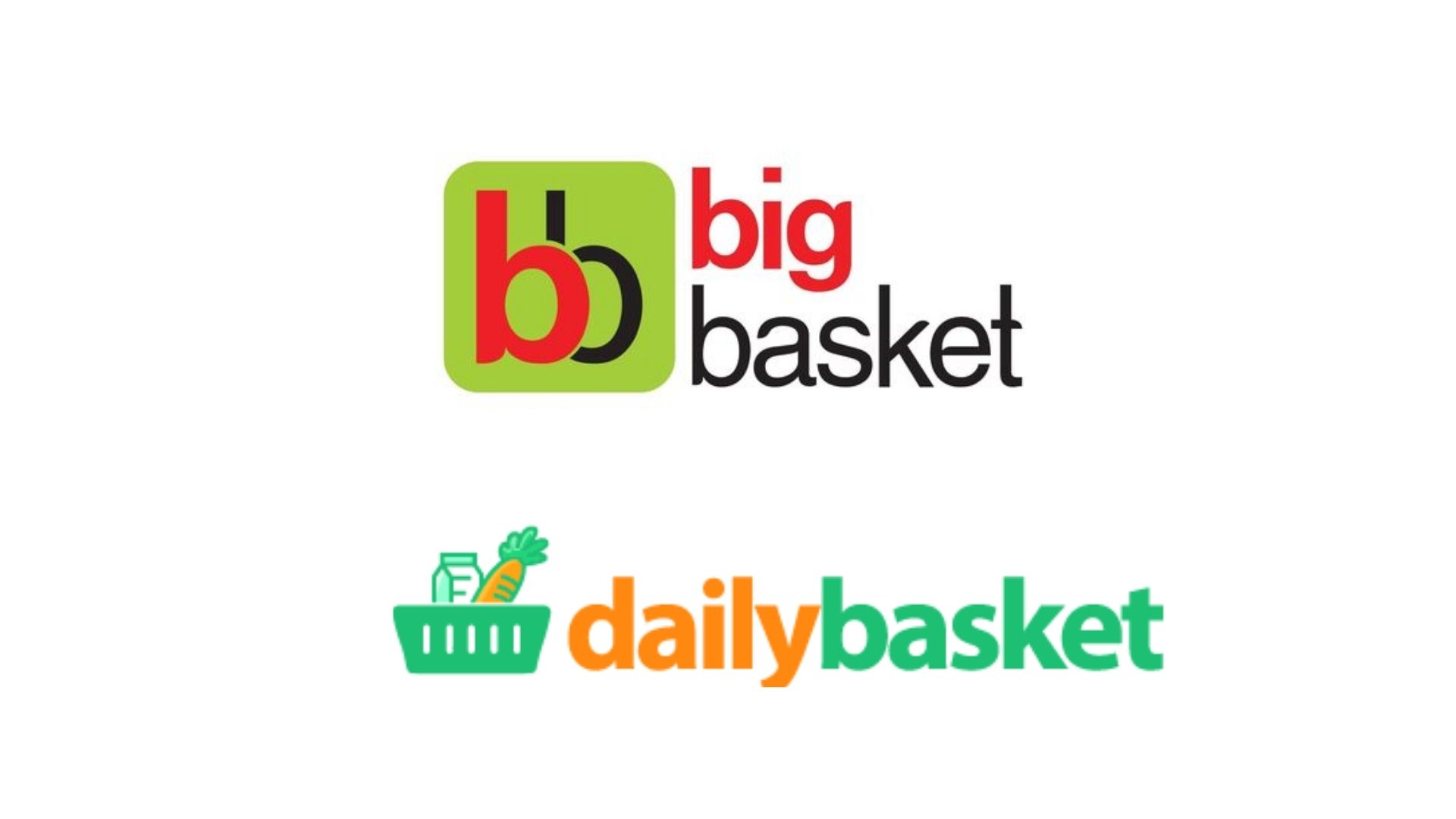 marketing 'BigBasket is a bully': DailyBasket fires salvo over ‘Basket’ feud
1 hour ago