Nepal Tourism Board (NTB) has launched a global marketing and promotional blitz to revive tourism in the Himalayan Kingdom that had suffered a serious setback following the devastating earthquake of April 25.

The need for such a major marketing initiative was felt following the Post Disaster Need Assessment Study (PDNA) which puts the total  tourism  business loss  to the tune of $ 60 billion while the asset loss accounts for $ 20 billion. With tourism being the second biggest revenue earner in foreign exchange and directly contributing 3-4 percent to country's GDP, massive loss to tourism business is a matter of serious concern for Nepal's economy. Especially as during May- June, following quake, there has been a drop of 40- 90 percent tourist bookings, with Nepal's premier tourism spot of Pokhara witnessing 90 percent drop in bookings. The negative travel advisories issued by several countries after the quake significantly contributed to this.

As a part of NTB's marketing campaign, Hotel Association of Nepal (HAN) and Nepal Embassy are also putting in joint efforts to create awareness that Nepal as a whole is safe tourist destination. And for this purpose, Tourism Recovery Committee and National Tourism Committee has been constituted to coordinate the efforts. Says Ramesh Kumar Adhikari, Administrative Chief, NTB, " Our problems got precipitated mainly because of the negative perception created by foreign media about the loss to the assets. An impression has gone out as if the  tourist infrastructure/ assets across entire Nepal have been  hit by the quake.Except for a couple of world heritage sites and trekking trails affected by the quake, there is no damage to highways or tourist properties.Barring 10-15 percent , all tourist- standard hotels are safe. And since this negative perception has badly affected the tourism business( with 20 percent likely decline in 2015), we had to undertake a massive global campaign to create awareness and present true picture of Nepal to check the slide in tourism. As a part of our campaign, we are inviting overseas journalists and other key people from travel and tourism trade of different countries on FAM tours to showcase Nepal as a safe country. We are also taking the help of Nepal Embassies in this regard".

Nepal annually attracts about 8 lakh tourists from countries like India, China, Japan, Australia, UK, USA, Europe, Thailand, Sri Lanka, Malaysia, Korea, Vietnam, etc. But this marketing and promotional campaign is largely targeted at India (accounting for 20-25 percent of Nepal's tourist traffic) and China (about 12-13 percent of tourist traffic) besides countries like Thailand, Sri Lanka, Malaysia from where majority of tourists come for the 'Buddhist Circuit'. According to Ujjwala Dali, HOD, Tourism Marketing and Promotion, NTB, beginning July, we are organising a number of seminars in India in association with Nepal Embassy on, 'Nepal as Tourist Destination, Post Earthquake'.  The first such seminar was organised in Shimla on July 2 in which Himachal Tourism also participated.This was followed by the one in Kolkata on July 4. On July 9, we are organising a big event, "Rebuild Nepal Trade & Tourism Investment'

Opportunities' with FICCI, focusing on attracting both tourists and investors for rebuilding tourist infra".

NTB's immediate concern is to boost the upcoming peak season of September- November." We are positioning Pokhara as a soft adventure destination with unique adventure activity of Zip Flyer, besides para gliding and bungee jumping. We will be also focusing on newer products in Far Western and Eastern Nepal to enlarge our basket of offerings and boost revenue.This includes Ilam Tea Gardens in Eastern Nepal's high Himalayan range and Hilay Dharan & Bhedater hill stations which are close from Darjeeling and Sikkim.In far western region, we will be promoting Shukla Panta Wildlife Sanctuary", said Ms Ujjwala.

Hotel Association of Nepal (HAN) is supplementing NTB's promotional efforts. Says Prakash Aryal, Executive Director, HAN, " We are fully coordinating with NTB and even regional hotel bodies are pitching in to boost tourism business. For example the hotel association in Pokhara has launched ,'Let us go to Pokhara' campaign for India and 'China Sales Mission' for China.In India, cities including Gorakhpur, Lucknow, Varanasi and Kanpur have been chosen while Beijing, Shanghai, Guangzhou, Hongkong among others have been selected for Chinese campaign". A similar campaign has been launched by Siddhartha Hotel Association of Nepal (SHAN) which covers Buddhist circuit. According to Bishnu Gautam, Senior VP, SHAN, as part of this campaign, Thailand has already been covered and in August we will cover Malaysia, followed by Srilanka in October".

NTB' & HAN's marketing campaigns have started showing results as the tourism slide has been stemmed which is visible from lesser number of cancellations and fresh bookings for the upcoming peak season , beginning September. NTB has reopened six of its designated heritage sites to tourists from June 15 and tourist traffic has further got a boost with UNESCO taking out these sites from the danger list and three countries- US, UK and Newzeland lifting their negative tourist advisories."All this  together with  improved tourism infrastructure in the form of proposed 2850 additional taxis in Kathmandu,  direct bus connectivity from Pokhara to Delhi following direct bus services between Kathmandu & Delhi & Varanasi will boost tourism.Indian government's decision to allow LTC for Nepal will prove to be a real booster for the tourist flow from India", said Adhikari. 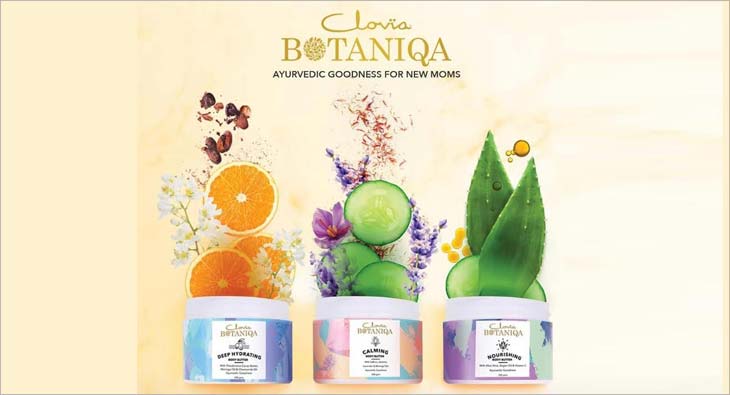 marketing Empathetic leadership will be a good change that the pandemic will bring in: Mark Read
13 hours ago

marketing Agencies should be idea driven, not CFO driven: Per Pedersen
13 hours ago