Analytics can help companies reach out to different customer segments and target them effectively. Sandeep Goyal, Vice Chairman, Mogae Group shared insights on how mobile data can be used for precision targeting.

Mogae Media is the sole and exclusive partner of Airtel for monetising all its consumer apertures and works on all the data used for analysing consumer behaviour. Airtel has around 187 million subscribers. There are close to one billion calls made per day, 390 million recharge cards sold per month, 25 lakh e-commerce transactions taking place per month, and 350 million page views on Airtel Live per month. The company has been handling this magnitude of live data for well over 15 years now. The 187 million subscribers are tagged by multiple parameters such as age, tariff plan, handset, balance, bill language, prepaid/postpaid, credit limit, ARPU (average revenue per user).

Mogae provides insights to marketers after sifting through and analysing the data. It found a basic problem occurring across telcos – the quality of KYC (know your customer) data was poor and inaccurate. Since good quality hard data was available, they decided to categorise the data into profile buckets such as Ultra HNIs, VAS, Roamers, Youth, Rural, Women, Company Tag and so on. The question now arose as to how they would decide who were the youth? They looked at numbers who opted for the night SMS pack and cricket pack. To find the women, they looked at numbers which opted to receive beauty tips.

One of the instances that Goyal shared that highlighted how analytics helped the client reach his target audience while maximising RoI was about a job portal that wanted to target mid-rung software professionals with a CTC of Rs 1 mn - 2 mn for an app download. Due to lack of KYC data, Mogae decided instead to look at locations where there was a high likelihood of software professionals working. They focussed on nine cities picking out 49 IT parks. There were 23 million subscribers in these nine cities, out of which they picked out 15 million pre-paid non-DND subscribers. The next step was to identify the locations of the tech parks and examine the usage data to determine subscribers who ‘pinged’ the BTSs (base transceiver station) in these locations giving a number of eight lakh. However, all the eight lakh wouldn’t be employed at the IT park; so transitory subscribers had to be eliminated. The filter applied was to check subscriber presence on selected towers for eight hours a day on 22 of 30 days in a month. This brought the number down to a little over three lakh. To find out the CTC of these subscribers, the fifth filter identified the number of smartphone users – around 1.3 lakh. When Mogae filtered for ARPU>Rs 1000, they ended up with too small a base – just 10,000. So, they decided instead to do a filter of subscribers with data consumption >50MB. Around 62,000 subscribers were identified to whom a link to download the app was sent. The portal got an app download rate of 4.2 per cent as compared to a baseline of <1 per cent!

Another example that he shared was how data was analysed to reveal potential leisure travelers. Mogae started out by selected a popular tourist destination Kerala. It then picked out a starting base of seven lakh roamers from different circles going to Kerala in the last six months. The next filter was to pick out people who spent at least five consecutive days but not more than 30 days, reducing the number to 4.76 lakh. To identify high purchasing power subscribers, they looked out for roamers traveling to at least three destinations – Cochin, Trivandrum and Alleppey. The number dropped to 2.23 lakh, of which email ids of 1.8 lakh subscribers were extracted. eDMs were sent to this base with a holiday package offer. The open rate of these eDMs was 16 per cent as compared to the client’s earlier experiences of 6-8 per cent.

He concluded by saying that mobile data is very rich on consumer insights, provided you spend enough time and energy mining the data, massaging it, and pointing it in the right direction. Precision targeting can be done across product lines – from FMCG to BFSI to media and entertainment and much more. Mobile targeting is better than carpet bombing.

Goyal was speaking at the inaugural edition of the Pitch Analytics in Action conference held in Bangalore on January 16, 2013.

Pitch Analytics in Action was powered by The Hindu Business Line. Dekhooh was Outdoor Partner for the event, CIOL.com was the Online Partner, Institute for Competitiveness was the Think Tank Partner, Marketelligent was the Knowledge Partner, and 24 Frames Digital was the Webcast Partner.

Vernacular: The next big driver for Indian digital industry
6 hours ago 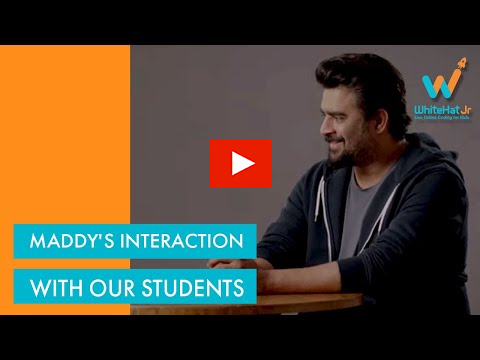 marketing Vernacular: The next big driver for Indian digital industry
6 hours ago