At a time when brands are trying hard to reach out to the distracted consumers, Kidzania is providing a platform for marketer to easily connect with their future consumers, children, through experiential marketing.

Brands such as Big Bazaar, Yes Bank, Kinder Joy, Carnival Cinemas, Frooti, Camlin Kokuyo, L&T Mutual Fund, Nerolac, Nutella, Coca-Cola, Club Mahindra, Chocos, Aquaguard, Parle Agro, Pepperfry.com, Radio City, Parachute and Viacom are among those who have tied up with KidZania. exchange4media spoke to Mandar Natekar, Chief Business Officer, Kidzania Mumbai, on how using the concept of experiential marketing in the world of edutainment sowed the seeds of success for Kidzania, their partnership with brands and more.

Natekar says that children are smart. They want to experience real world and often try to slip in to their parents’ role and wish to act like an adult. He feels that technology has divided the families and turned family members into solo performers. “For example, on a weekend, one would find a father on Netflix, while mother would be watching something else and the child perhaps would be engaged on Internet. The family has been conveniently divided under one roof. However, Kidzania welcomes deeper engagement of family. The platform allows brands to deeply connect with children, who are future consumers.”

Explaining how the world of experiential marketing functions at Kidzania, Natekar says, “We effectively represent a combination to marketers, which is family. So when one comes inside Kidzania, they would see children and their parents involved in a deeper engagement. When you look today at other platforms such as TV or Internet, they have their own constraints. Both are linear mediums.” 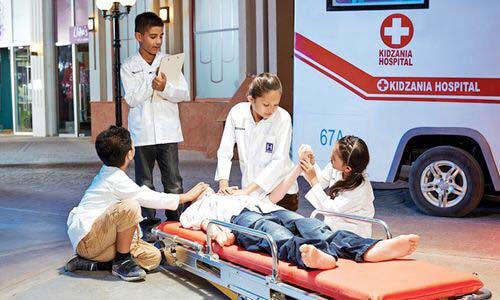 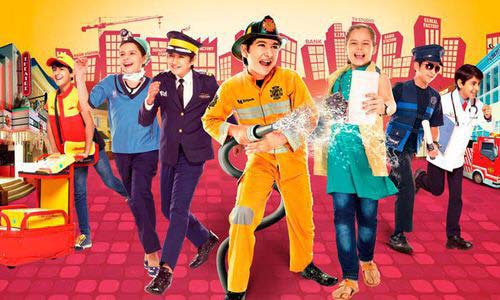 When asked how difficult it is for brands to target children aged 5-15 years, Natekar shares, “The sweet spot is 6-14 years of age. That is a very distracted audience. It’s difficult for them to sit at one place and it is very difficult for brands to target them. But when you come to Kidzania, the world is different. The child becomes the owner and takes the onus to get involved in real experiences, right from flying a plane to working in a biscuit factory. And the engagement at that magnitude gives a brand a captive audience where the consumer has crossed the paywall and come by choice.”

He continues, “At Kidzania, the brands get to work with children at a closer level where the children can engage deeply with the brand, learn and know the story behind the brand. The brand gets to talk to the children in a friendlier way. What could be a better platform than this where the minimum engagement a child has with a brand is not less than four hours.”

At Kidzania, brands tell stories in an embedded and integrated way. The stories are told in a ‘touch, feel and make’ way.

Natekar shares that it was initially difficult to bring brands on board. However, with a clear strategy, it eventually happened.

Talking about how brands like Yes Bank, Parle, Byju’s, Coca Cola, Parachute, Dettol, Viacom, Maruti Suzuki, Bajaj Electricals got associated with Kidzania, Natekar says “Kidzania is about hyper-branding. It is not about ROI. We are not Print, or TV or Digital medium. We are a platform that gives brands a chance to engage with consumers in a very experiential way. If you are a brand with a purpose and a story to tell, let us help you design an experience for you to tell that story.”

“We tell brands to not look at it as a marketing activity. They have to look at it as their own asset and that’s when an amplification would happen. It is not about being present here, but how brands use that presence and amplify it,” he adds.

Sharing insights about how fruitful it turned out to be for brands to be associated with Kidzania, Natekar points out, “It has been extremely helpful for brands. For example, if you talk about Kellogg’s, a child is watching an advertisement about how a cereal is made or what all goes behind making it. But at Kidzania, when the same child get to walk inside a factory and is engaged in the production work and get a hands-on experience to make that very cereal, it makes all the difference. On a TV, the ad might go with the flip of channel, but the experience of making it remains with the child.”

When asked about the expansion plans, Natekar says India can easily take four Kidzania. “Today, families and children are craving this model. Next in line is Bangalore. We would lock the deal in the coming months, and by 2021, we are certain to open the third edutainment sector there.”

For Kidzania, after initial hiccups, the concept of experiential marketing hit the right chord.

Talking about the year on year growth, Natekar says, “The growth has been in line with our plans. It is highly real estate cost-intensive business. We are in the black and doing very well. We are two steps forward in terms of our financial plan.”

Explaining about expenditure, he says most of the spends are organic. “We are largely print driven owing to the category. But what we are also trying to do is re-orient ourselves. Very soon, we would be moving from Print to social media platforms such as Facebook, LinkedIn, Twitter and Instagram, as our core TG is there.”

Speaking about the future strategy and having new brands on board, Natekar hints that Kidzania is in final conversations with “very big brands” to come on board. “As far as spends are concerned, of the total revenue, around 8-10 per cent is spend on marketing,” he says.

Kidzania has also tied up with schools in Mumbai. “Right from BMC to über schools, all have come under one umbrella under Kidzania. We also give about close to 40,000 free tickets to NGOs through the year,” Natekar concludes.

marketing How has Covid reshaped the marketing funnel? Find out from the experts at e4m Conclave
1 day ago