Betting and gambling are the most debated and used words by eminent panelists crying out loud against BCCI and officials without understanding the purview of the legality of these terms, says Ashish Kaul, Marketing & Brand Management Professional

March 2005 was not the usual tough year in my life; having to battle the likes of BCCI and ESPN in the high-ceiling court rooms of Bombay High court was sleep depriving to say the least. Being denied the rights despite making winning bids was a huge letdown. Far from these worries, I did have another battle deep within raring to tear me apart. The cricketing battles had brought back the memories of a cricketer in me who died in Kashmir alongside the mass exodus in the wake of terrorism. For days and weeks I wondered in disbelief at the state of the game which we used to swear by. Way back then, cricket was not just a game but a way of life for most of us, to the extent that our games reflected the characters we held.

It’s not a mere sport; rather a billion Indians manifesting their love for sports through the game. All hell breaks loose when something goes wrong.  From fiery battles and statements in the court room to media trials on prime time almost every second night and one too many drawing room and tea time discussions. The BCCI and its former leader have been on a public trial facing the wrath of thousands across the country. Once again BCCI has hit the headlines for all wrong reasons. Srinivasan, IPL team owners and related stories are driving the TRPs of news channels. Not many know what lies at the heart of this controversy, the real deal behind these recurrent episodes and what really is allowing this kind of irregularity among managements in the sports fraternity

To begin, BCCI is an autonomous body, how many would know what that means? Registered under the Societies registration Act in Tamil Nadu in 1928, BCCI replaced the erstwhile Calcutta Cricket Club that was the first private club to play professional cricket in India.  It’s a "private club consortium". The selected officials/Secretaries of these member clubs select the BCCI officials.

As per the verdict of the mighty courts in India, there is no official, nominated or even anointed Cricket Team of India but for a private club called BCCI. Any resident of India can have his private cricket team. Various courts have opined that BCCI is a state within a state and hence outside the general purview of Article 12 of the Indian Constitution. BCCI has its own constitution and laws.

In February 2005, The Supreme Court ( A five-judge Constitution Bench by a majority of 3:2) dismissed a writ petition filed by Zee Telefilms challenging the termination of contract awarded to it in 2004 ( under article 12 and 32 of Indian constitution); gave the following verdict :

o BCCI was an autonomous body discharging duties such as selection of an Indian cricket team, controlling the activities of the players and others involved in the game of cricket and could not be brought within the ambit of "other authorities" under Article 12 of the Constitution

o The bench had opined that it was true that the Union Government had been exercising ‘certain’ control over the activities of the Board in regard to organising cricket matches and travel of the Indian team abroad as also granting of permission to allow the foreign teams to come to India. But this control could not be construed as an administrative control.

o Justice Hegde was of the view that the activities of the Board could be said to be akin to public duties or State functions. If there was violation of any constitutional or statutory obligation or rights of other citizens, the aggrieved party might not have a relief by way of a petition under Article 32 of the Constitution but have a remedy under the ordinary course of law, the Bench said.

This and similar verdicts clearly differentiates the control of Indian law over the Indian state and then the ‘states with states” like BCCI. Unless members choose to take the body to court there is no law to the best of my knowledge to prosecute BCCI and then lock them away.

Now come to the billion dollar question, betting and cricket. Betting and gambling are the most debated and used words by eminent panelists crying out loud against BCCI and officials without understanding the purview of the legality of these terms. Let’s understand why all the hue and cry about gambling still cannot put BCCI behind the bars.  The primary legislative document that makes gambling in India a ‘grey’ legality is the Public gambling act. This is an old law created during British rule. This 145 year old law makes operating a gambling house, assisting in the operation of a gambling house, visiting a gambling house (whether gambling or not), financing gambling and being in possession of gambling devices a crime. The penalty is a fine not exceeding 200 rupees or up to three months in prison.  Further modifications paved way for legalizing betting and gambling in a manner of speaking and under the guise of “skilled games”.

The Public Gambling Act explicitly states “nothing in this Act shall apply to games of mere skill wherever played”. In 1996 the Supreme Court of India defined games of mere skill as; The competitions where success depends on substantial degree of skill are not “gambling” and despite there being an element of chance if a game is preponderantly a game of skill it would nevertheless be a game of “mere skill”

Furthermore, an early ruling came in 1957 where Horse Race Betting and in 1968 Rummy, commonly referred to as “Paplu” was included as a skilled game. Betting and gambling have two faces; chance and skill and in Cricket perspective which one would you seek to ban and how?

Not only this, The Central Lotteries (Regulation) Act of 1998 empowers State Governments to conduct lotteries but restricted to a maximum one per week.  Some of the most prominent ones are Sikkim licensed PlayWin Lotto. States Have Authority to Make Gambling Laws, Drafted in 1949, the Constitution of India explicitly empowers States to legalise and make policies related to “gambling and betting”. 13 states have legalized lottery, and 2 states (Goa and Sikkim) have legalized many other forms of gambling, Delhi and Maharashtra have banned it.

My close association with ICL and Zee network has taught me to see things in a broader perspective. Countries across the world - including USA, China and Australia host sporting events, with not half as many hiccups; then what is it that allows for such scandals in this country? For instance, in the USA, unlike in India, the behavior of private corporations associated with public rights, exhibit a symbiotic relationship with the public. To simplify, when a private corporation or association uses a property in the public domain, it has to bear in mind the interest of the public. Once such a corporation or agency is endowed by the state with powers or functions governmental in nature, they become agencies or instrumentality of the State. The more such an agency or corporation opens up his property for use by the public in general for his advantage, more do his rights become circumscribed by the statutory and Constitutional rights of those who use it.

It’s high time then, to face some hard facts and tighten the loopholes in the Indian system. Unlike the U.S system, banning an organization like BCCI or even putting them behind the bars is currently not possible under current laws but yes we as people have the choice of not watching BCCI led cricket events.

Similarly, there is no way to stop people betting in cricket, if people want to bet they will. Wouldn’t it then be ideal to regulate betting to increase transparency like the internet regulation in the Middle East.

We in India just enjoy the rhetoric and never get down to taking tough decisions that are required to alter the course of destiny. The need of the hour is to revisit and reassess the present toothless laws and give them more legitimacy to prevent this recurrent cycle of cursing team managements, boards and players.

(Ashish Kaul is a marketing & brand management professional with 20 years’ experience in managing global brands. He was a member of the Zee team that scripted the first 20 – 20 cricket league. The views are strictly personal) 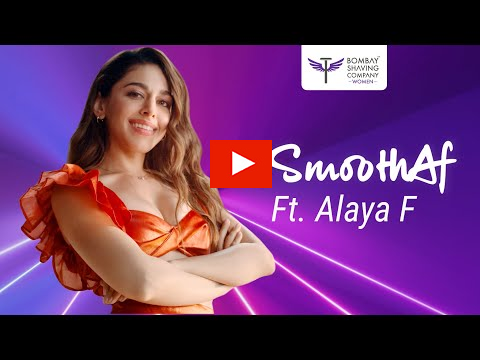