For a humanitarian cause: Brands lend a helping hand to cyclone Fani victims

Brands such as Zomato, Amazon, Paytm and SBI General Insurance have come forward to help those hit by the cyclone in whichever ways they can

Cyclone Fani hit eastern parts of India and left a trail of destruction behind it. The calamity has resulted in immense loss to property and lives in Odisha and neighbouring states. While the Central and state governments are doing their best to ensure full aid to victims, several companies too have come forward to help the state get back to normalcy.

Food tech start-up Zomato has teamed up with Feeding India, a not-for-profit organisation, to deliver meals and basic amenities to the affected families.

Zomato on Wednesday announced a relief drive to provide succour to victims in the cyclone-affected areas and pave the way for public participation.

Zomato aims to collect over Rs 50 lakh from its 5,000 employees (Zomans) to aid the relief effort. The company also said that a large number of its 1.8 lakh registered delivery partners were eager to contribute to the cause, and expects to collect more than Rs 8 lakh from them alone.

The company also said its delivery partners in affected districts of Odisha who weren’t able to work would be compensated for the financial loss. Zomato will be matching their payout from two weeks ago and will credit that amount directly into their respective bank accounts.

Fintech major Paytm has opened up contributions on its digital payments app to enable users to contribute to relief and rehabilitation efforts in Odisha. Users have the option to contribute to the Odisha Cyclone Relief Fund on the Paytm app.

We have opened contributions on Paytm to assist #CycloneFani relief & rehabilitation efforts in Odisha. Please spread the word. ?

Crowdfunding website Ketto has asked for Rs 10,00,000 to help the victims affected from the disaster. https://www.ketto.org/fundraiser/fanicyclone

SBI General Insurance has announced faster claim process for home, motor and health raised due to cyclone Fani. The company has generated helpline number and other contact details for its customers hit by the cyclone.

Adding to raise the awareness of people, B-town has also come out in support of Odisha and actors are asking their fans to donate for Odisha. Rajkumar Rao took to his Twitter handle and wrote, "Donate as much guys. Let's help rebuild Odisha after Cyclone Fani."

Donate as much guys. Let’s help rebuild Odisha after #cyclonefanihttps://t.co/8WYCGML7bC Do your bit.

Abhishek Bachchan tweeted, "For all of you who want to contribute and help Odisha Let's do whatever we can to help!" LLLLLLLLLLLLLLLLLL

For all of you who want to contribute and help #Odisha
Let’s do whatever we can to help!https://t.co/Bm3Jp72K9f

With respect to the current situation in Odisha due to cyclone Fani, IndiGoReach, the CSR arm of IndiGo has been doing its part in helping the survivors of the incident. IndiGo believes that as a responsible organization they must also focus on integrating into the business model a program for serving the community where they operate. In the wake of the recent cyclone that has hit Odisha, IndiGo has been sending across food packages on a regular basis to Bhubaneshwar. 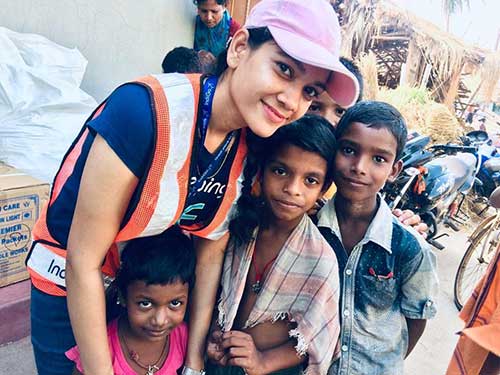 IndiGo felt a need to provide them with freshly cooked meals at the areas affected in and around Bhuvaneswar. To facilitate this, IndiGoReach along with the Bhubaneswar airport staff are organizing a three day community kitchen that will be set up in the airport premises, where fresh food items such as khichdi, pulao, dal, and rice along with some vegetables will be cooked for the affected villagers nearby, their families as well as for the nearby communities thus ensuring “Food for All”. 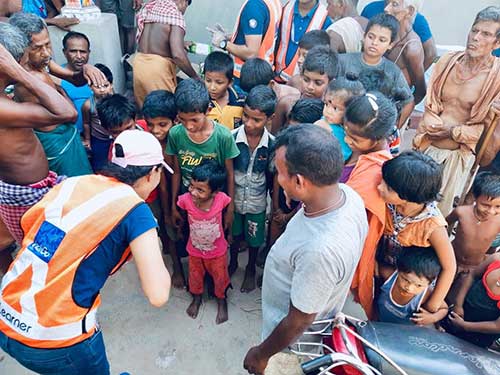 IndiGo has also been taking the initiative to drive a medical check-up camp in nearby villages to reduce the chances of an epidemic post the cyclone.

Reality Check: Why advertisers are tuned in to non-fiction properties on TV
13 hours ago

‘TRAI’L by Fire: What challenges await PD Vaghela
13 hours ago