With the gaming and esports industry continuing to grow by the day, there is a heightened need of regulating the space and introduction of policies that can work well in the favour of all stakeholders involved in this industry, which is capable of contributing to the Indian GDP in the coming years. The Federation of Electronic Sports Associations India (FEAI) is playing a pivotal role in this direction.

FEAI Founding Director and Member Vaibhav Dange engaged in a virtual fireside chat with Dr Annurag Batra, Founder & Chairman, exchange4media group, at the e4m Game On summit on Friday to discuss the growing industry, FEAI charter, and the way ahead.

Annurag Batra (AB): Please tell us about the charter of FEAI and how are you becoming a catalyst for building the right policy framework, engaging all stakeholders, and growing the domains in e-gaming and e-sports?

Vaibhav Dange (VD): Overall, the gaming industry is increasing globally and of course, India cannot be aloof of that development. Today, we are roughly around 3% in our participation in the AVGC industry. Fortunately, the government has recognized that this is going to be a huge area. And right from the top, the honourable Prime Minister has been commenting on this. From the players’ perspective, the developers' perspective, to the organizers of tournaments everybody has recognized the potential this sector has. So, this number is going to go phenomenally up from just 3% in the coming years.

So, we thought that this is the right time to make sustained efforts to ensure that India is at the forefront of this development of the AVGC sector, and we are playing our part in ensuring that. We are trying to promote a hybrid model. For that, we would really like the Ministry of Youth Affairs and the IT ministry to define esports. The Supreme Court has given some clarity here and that’s where some of our efforts have borne fruit. We want these clarifications and definitions to evolve so that the players can benefit.

AB: As you said, the policymakers have recognised the potential of the sector and how it can contribute to the Indian economy. But as an association, what are your expectations from these policymakers? What would be the right framework for this sector, from a policy standpoint?

VD: We look at e-sports as an important component of the overall gaming and sports industry of India. We have a holistic perspective that caters to all stakeholders: be it the developers who are designing the game or the players playing the game, or organisers organising tournaments. All of them have different roles to play. So, after looking at the situation from this holistic perspective, we have already drafted a policy paper after interacting with the stakeholders. We are about to submit these draft documents to the government.

How we really look at it is how we can bring Indian games to this arena. We have a very small participation in developing Indian games, which needs to be improved by the developers. We are also looking at a bottom-up approach, wherein we can host tournaments at colleges, universities, districts etc. to really cultivate this culture. The New Education Policy also talks about skill development across sectors. We want to do something on that front as well. We also want to develop frameworks to protect the privacy of gamers and also develop a ranking system. We are also tying up with the government’s Khelo India initiative to promote esports further.

AB: You mentioned earlier in the conversation that there is huge headroom for growth in the Indian esports sector. If you have to put a number to this prediction, how much of a scaling-up are you expecting in the next few years?

VD: Today, India has a gaming viewership of around 450 million and most of them, say 48% of them are YouTube Gamers who have said that they like to watch rather than actually play the game. We have more than 500 developers in India. And this number is supposed to triple by 2023. If I may put, it's like catching a wildfire. So, if we are probably able to create the right regulatory framework and a rights framework, then this can be used to India's advantage.

AB: From the perspective of private players, there are a lot of issues that they need to deal with when it comes to the side effects of the industry’s growth. Be it no cap on the amount of time that youngsters spend on these gaming platforms to the violence these games have, making them unsuitable for kids. What are your expectations from these private players in this regard?

VD: I completely agree and this remains the biggest challenge for the sector. And it will continue to be so until we see more Indian skill-based games entering the platforms. The developers need to create Indian games, which are skill-based and are not as violent. Many of the conventional traditional games can be crafted for the digital world too.  There should be a serious attempt on the part of these private players in educating the players about the side effects and there should be some frameworks in place to guide the community. Only sustained efforts in these directions along with the support from the community can help us fight these ill impacts. 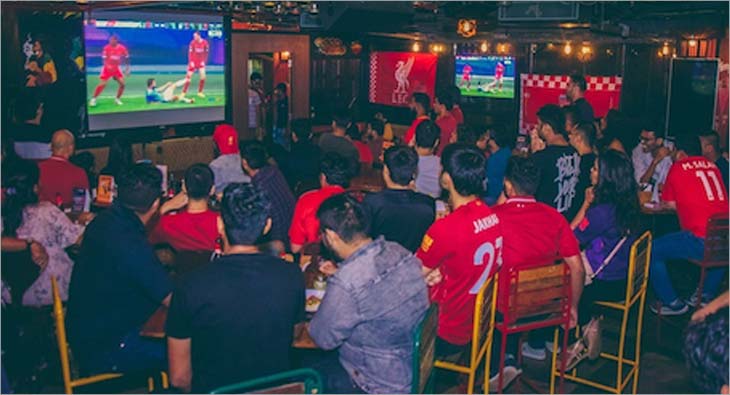