The season 2 will premiere on King Khan’s 54th birthday, November 2 at 9.30pm. The show will be aired every Saturday and Sunday at the same time

Taking the entertainment ante higher, Star World is now all set to premiere Season 2 of Ted Talks India- Nayi Baat, a showcase of videos by inspiring speakers designed especially for the Indian audiences that reflect the issues affecting India and the world.

After the astounding success of season one, the second season will once again be hosted by none other than Shah Rukh Khan – an epitome of success and hard work, who continually inspires audiences through his own life experiences. Focusing on social issues and their solutions devised by citizens of all ages starting from 13 years, Season 2 of Ted Talks India- Nayi Baat will turn the spotlight on innovators, scientists, artists and more, who are all striving to reimagine and rebuild a new India.

From Kshitij Marwah who developed the technology of 3D photography and very recently 360 cameras to Gitanjali Rao, a 12-year-old young innovator of a quick, low-cost test to detect lead contamination in water, writer-director and cancer survivor Tahira Kashyap-Khurrana who is blazing the trail by fighting the many stigmas that the Indian society plagues us with, and many more, Ted Talks India- Nayi Baat aims to introduce Indian audiences to change-makers who are relentlessly working to develop the country and further inspire countless other Indians to break new ground in their own lives.

Created in partnership with TED, Ted Talks India- Nayi Baat is also reflective of the first-ever association made by an Indian channel with the global platform that brings together the world's leading thinkers and is devoted to spreading ideas in the form of short, powerful talks.

Star World, India’s leading English Entertainment channel, is known for showcasing an array of distinguished, popular content. With star-studded, critically acclaimed and award-winning shows in its programming roster, the channel strives to innovate its offerings for the Indian viewers.

Guidelines for digital platforms do not have any provision for action: Supreme Court
18 minutes ago

Now is the time to bring in regulation for healthcare sector: Anand Roy
29 minutes ago

MPEG-4 slot auction: Will high cost and lack of clarity keep broadcasters away?
7 hours ago

Levi’s plagiarism row: How not to overstep the inspiration mark
7 hours ago 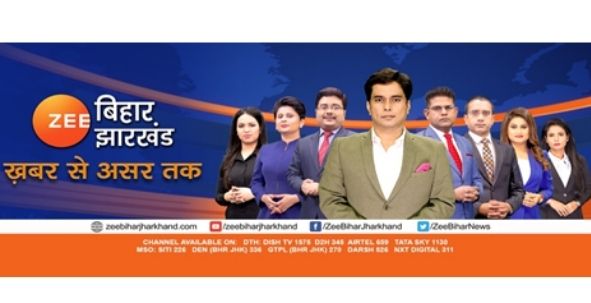