Additionally, Deltin will be associated with the club as an Associate Sponsor for the 2019 - 20 season. The partnership will see the Deltin logo placed at the pendant position on all three kits of the club.

Aditya Datta, Chief Operating Officer of FC Goa stated on the association with Adda52 Rummy, “On behalf of FC Goa, I’m glad to welcome Adda52 Rummy on board as our title sponsor. This is our second year together and we certainly believe that this again shows the belief that brands have on us to deliver. With Adda52 coming on board as the title sponsor this season, I believe there will be even more opportunities for us to work together on a number of common goals.”

Speaking about Deltin, FC Goa Chief Operating Officer Aditya Datta was delighted as he confirmed the partnership. “We’re delighted that Deltin has come on board as an Associate Sponsor. We have worked together before and I believe this coming season will present even more avenues for us to collaborate for the development of the game in the state.”

Pratap Pandit, VP Online Operations - Delta Corpon said, “From the players on the pitch to the management team, FC Goa epitomizes the values toward which Adda52 Rummy strives. We are proud to be on board as the title sponsor this year, and are excited at what is sure to be another record-breaking season.”

“We are ecstatic to be associated with FC Goa yet again and strongly believe in nurturing young talent at the grass-root level and help contribute to the ecosystem,” said Deltin Group President Operations, Anil Malani about the collaboration.

Adda52 Rummy is one of India’s biggest online websites, which allows users to play exciting Rummy games whilst enjoying a safe and secure game-playing environment. Adda52 will look to build on that reputation with their partnership with FC Goa.

A Budget Like No Other: CNBC-TV18 curates special programming for Budget 2021
15 hours ago

Is contextual targeting the solution to brand-safe advertising?
2 hours ago

British Herald publisher Ansif Ashraf is no more
10 hours ago

Has ‘no measurement’ become the new normal for media industry?
2 hours ago 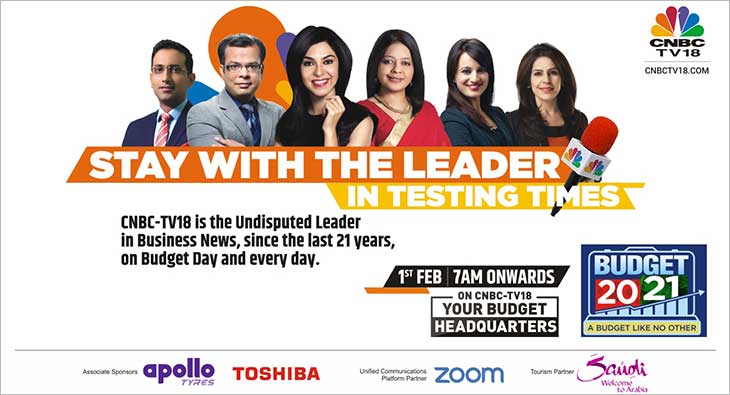 industry-briefing A Budget Like No Other: CNBC-TV18 curates special programming for Budget 2021
15 hours ago