The Big Bang Awards will be held on Friday, September 28th with a galaxy of advertising professionals from across India marking its presence

The Advertising Club, Bangalore’s prestigious Big Bang Awards 2018 for Excellence in Creative & Media, has received a record number of 1150 entries, making it the biggest edition of the 23 year old Annual Awards. The coveted Big Bang Awards have become an industry hall-mark. This year the Big Bang Awards will be held on Friday, September 28th with a galaxy of advertising professionals from across India marking its presence.

The advertising industry, which has seen a more than 12 per cent robust growth in the last decade has witnessed the emergence of new brands and young professionals in the sector. This is ratified by the over 1150 entries to the forthcoming Big Bang Awards 2018, submitted by over 90 advertising agencies and clients from across India, mainly from Mumbai, Bengaluru, Kochi, Trivandrum, Kolkata, Chennai and Delhi. This year, the awards have the biggest Jury with over 46 prominent Advertising professionals to judge the entries.

“We are celebrating Big Bang this year with the theme of #ForTheLoveOfAdvertising. We believe that the shine has gone out of traditional advertising and we want, in our small way, to try and bring it back, in spite of the sweeping changes wreaked by digital. We are looking at a year-long campaign, starting with Big Bang, to celebrate some of the iconic work in the past, award the best current work and discuss and debate the future of our beloved industry”, feels Malavika Harita, Chair-person of Big Bang Awards.

As the advertising industry continues to grow, a shift in the advertising spaces with new opportunities and newer challenges seems to be emerging. The Big Bang Awards this year also has lined up exclusive Interactions with Ad- and Marketing Gurus Hemant Malik, CEO ITC Foods, Raj Nayak, CEO Colors Viacom 18, noted Ad-man and Film-maker R Balki, well known for his movies 'Padman','Pa', 'Ki and Ka' and many more. Balki is fondly remembered for his contribution to the advertising industry. 'Daag Ache Hai' for Surf Excel and the 'Jaago Re' campaign for Tata Tea have become household phrases.

The Advertising Club Bangalore in association with Ananda Vikatan Group, its Multimedia Partner for Big Bang Awards, in a Public Service initiative, introduced the new 'Issued in Public Interest' category under which the Social Messaging campaigns will be recognised by the Jury. 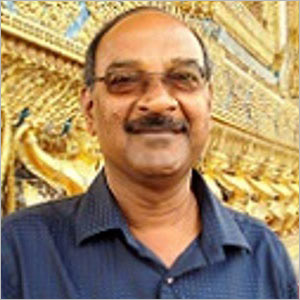 The Advertising Club received 53 creatives as entries for Public Service, all of which will be recognized. “When it comes to Public Interest, it’s a challenge to categorise which is better. While we will award one Gold Trophy to the winner based on the Jury Scores, we will feature all the entries on our website, as a good will gesture", says Arvind Kumar, Executive Director Advertising Club, Bangalore.

In the last two decades Bangalore, which has emerged as the advertising hub of South India, has become home to several international and national agencies. Apart from this, several home-grown agencies have also made a mark, making Bangalore the No. 2 city for advertising talent after Mumbai.

The Big Bang Awards event will be held in Bangalore on September 28th at The Ritz Carlton Hotel.

&flix announces exciting lineup for May
1 day ago

industry-briefing &flix announces exciting lineup for May
1 day ago