Twitter reacts to much awaited Malayalam film My Story

The film received mostly mixed reviews from the audience

My Story, the much-anticipated Malayalam film starring Prithviraj Sukumar and Parvathy, has finally been released in theatres. The film has garnered mostly mixed reviews from audiences. Written by actor and writer, Shankar Ramakrishnan, the film was expected to receive huge buzz.

Shortly after its release, Twitter went in to a frenzy with people sharing their opinions about the film, with some even tweeting about the film before it was finished. However, music director Shaan Rehman’s music received many positive reviews.

Apparently the movie carried high expectations and people turned to Twitter to express their appreciation and disappointment.

Here's a look at what the audience had to say: 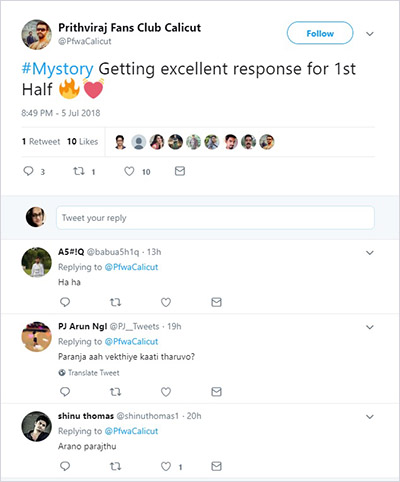 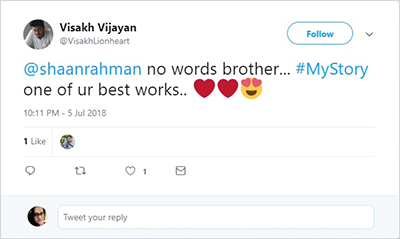 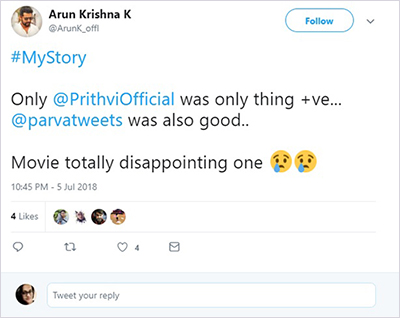 #MyStory I will call it a waste story. What is the purpose of this movie? Wasted my FDFS. Prithviraj was trying something but nothing for him to workout in this movie. Parvathi was absolutely blank and no idea what is her role. Roshni must think about quitting this field. 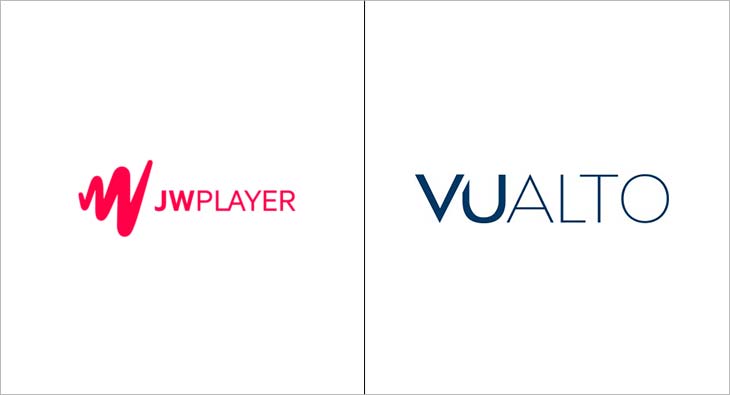