Spotify paid more than $5 billion to rights holders in 2020

The platform revealed that 57,000 artists represent 90% of monthly streams on the platform

Audio streaming service Spotify has paid more than $5 billion to rights holders in 2020, the company said during the recently concluded Stream On event. During the live stream event, Spotify also revealed some new numbers demonstrating its progress in helping more creators succeed.

Spotify said it is continuing to go all-in on the limitless power of audio - the opportunity and the potential it represents for Spotify, creators, and fans everywhere around the world. Spotify’s library contains more than 70 million tracks, 4.5 billion playlists, and more than 2 million podcasts, made by over eight million creators - all of that is something to celebrate.

As part of our ongoing commitment to building a truly borderless audio ecosystem— connecting creators, listeners, and content—Spotify is embarking on a sweeping expansion that will introduce the world’s most popular audio streaming subscription service available to more than a billion people in 80+ new markets around the world, and add 36 languages to our platform. These moves represent Spotify’s broadest market expansion to date.

The platform also announced that President Barack Obama and Bruce Springsteen Join Forces in the New Podcast ‘Renegades: Born in the USA’.

The company has also launched Spotify Audience Network which is a first-of-its-kind audio advertising marketplace in which advertisers of all sizes will be able to connect with listeners consuming a broad range of content. These include Spotify’s Originals & Exclusives, podcasts via Megaphone and Anchor, and ad-supported music.

"We’ll leverage our medium-defining technology to give advertisers the ability to reach our audience of hundreds of millions of listeners—at scale—both on and off Spotify. We are in the early stages of developing this offering and look forward to sharing more in the coming months," the company said in a statement.

It also announced a new partnership between Anchor and WordPress to power opportunities for content creators to evolve their work and reach new audiences through the power of audio. With this new tool, available now, bloggers can publish their written content as a podcast with just a few clicks—and podcasters can create a website for their podcast just as easily. This offers a whole new group of creators—those who have historically focused on the written word—to access an entirely new audience via audio and share their voices on Spotify.

Expanding Daily Mix offers new mixes based on the artists, genres, and decades you’ve been loving lately—that update every day and learn as you listen. Listeners can be on the lookout for the playlists in the months ahead. Testing Podcast Topic Search feature enables listeners to search for podcasts by theme and topic, is currently being tested in the U.S., with plans to roll out to more locations this year.

Stream On included special appearances from creators and storytellers from all over the world—both established and emerging—including J Balvin, Jemele Hill, Khalid, BLACKPINK, FINNEAS, and Billie Eilish, The Duke and Duchess of Sussex, Ava DuVernay, Halsey, Lauv, Lous and the Yakuza, Brené Brown, Bruce Springsteen, and President Barack Obama. A special performance from Justin Bieber including a never-before-heard version of his hit “Lonely” closed out the event. 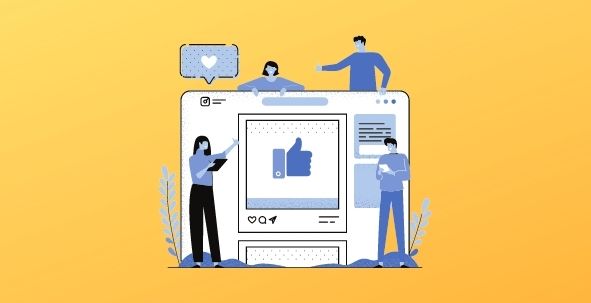 digital ShareChat in talks with Tencent to raise $200 million via OCD: Report
4 hours ago