Singles seem to be the new buzzword in the Indian music industry. Industry experts say singles are ideal to tap today's mobile-savvy generation that is constantly switching between social media platforms like Facebook, WhatsApp and YouTube.

Talking of the emerging trend of singles in the Indian music industry, Vinod Bhanushali, President – Marketing, Media & Publishing, T-Series, said: “So looking at the scenario in the Hindi film industry, a film sometimes has songs or no songs. So we observed that singles were an ideal medium as they were like short audio films that had stories to connect with the audience and the target age groups. So it is all about creating a great concept, recording the song and finally producing the video around it. This showcases the entire tale in 3 to 7 minutes.”

One of T-Series finds is 21-year-old singer Dhvani Bhanushali. Having delivered two hits ‘Dilbar’ from the film ‘Satyameva Jayate’ and solo singles like ‘Leja Re’ and ‘Main Teri Hoon’, Dhvani is back with her fourth song ‘Vaaste’ with T-Series. The track has been streaming across all digital platforms like Jio, Savaan, Hungama, Spotify, Tiktok, and YouTube with 153 million views till date. 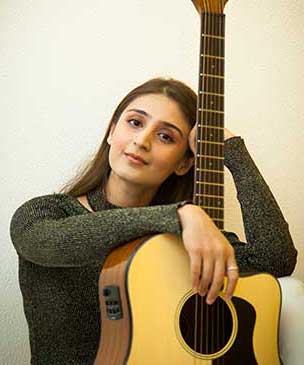 On her new single, Dhvani said: “It’s a very light-hearted theme with which every youngster who’s watching it on social media could relate. It was exciting to work on the project. The story’s monologue has turned into a lot of memes all over social media.

Her 'Leja Leja' was liked and subscribed in huge numbers. The song touched 50 million streams on Gaana. As per its marketing plan for artists, T-series showcases its talents on Digital music channels, OTT and reality shows on television. 'Dilbar’, Dhvani's third release, which broke all music records on TV, Radio and digital platforms has around 965 million views on YouTube till date.

Talking about the company’s advertising spends and the number of audience reached on the Digital space, Vinod Bhanushali says, “We have budgets for Television and Digital promos, but for T-Series rather than the monetary investment it's more about providing a platform for our artists and creating a brand value for them. A major chunk of the budget goes into research on which song the singer should sing and next comes the production of the song videos. The streaming sites show an exact amount of penetration and reach, through view count, likes and subscribers and that is how we get the digital numbers.”

T- series happens to be the world's largest subscriber company on YouTube with 90 million subscribers that stands strong as a market leader, which competes to excel in its growth every year.

'It’s a constant struggle with pain, self-doubt to be a successful content creator on web'
14 hours ago

digital 'It’s a constant struggle with pain, self-doubt to be a successful content creator on web'
14 hours ago