Isobar, the digital agency from Dentsu Aegis Network, which handles the digital solutions for VIP Bags, has recently launched a digital campaign – #AntitheftVIP.

VIP bags has embarked on the journey towards digital transformation with the #AntitheftVIP campaign being one of the first steps taken in that direction. The metaphor-driven storytelling was conceptualized to show real-world theft situations, relevant in the social media platform, in snackable content formats. 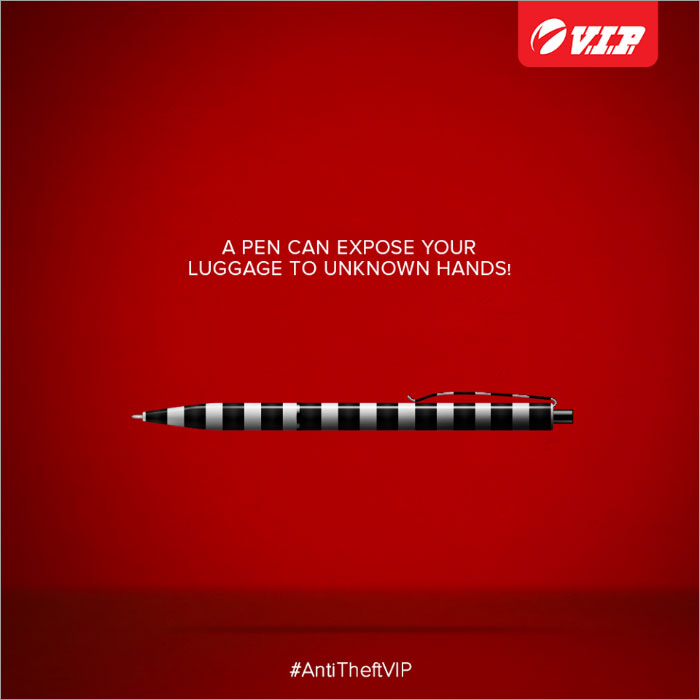 The campaign has been activated across social media platforms with a series of teaser creatives, all of which culminated in a film. The core objective of the film’s communication is to highlight key features of VIP’s anti-theft range of bags, in a metaphorical manner. The imagery of the campaign was designed to delight and drive human curiosity - for which a visual play was created with the help of a human hand with body paint emulating the hand of a thief. This film leaves the viewers with a sharp, benefit-oriented message, urging them to explore the entire VIP range of anti-theft bags. The strategic raison d’etre to do so, was to attend to the brand’s business objective of making the younger generation well-aware about how purposeful and meaningful, VIP’s new range of bags can be for them.

The video has received more than 2 lakh views since its launch.

Commenting on the campaign, Anirudh Pandharkar, Head Marketing, VIP Industries, states, “It has been a great journey since Isobar took up the creative communication mandate for VIP Bags. Pursuant to that, and keeping in-line with the brand’s commitment to provide for hassle-free travel by offering safe and secured baggage, the Anti-Theft campaign brilliantly conveyed the message on point. It helped consumers to reinstate their long-lived trust in the brand and re-kindle their consideration of VIP Bags, the next time they travelled. The campaign, apart from being a visual treat, also aligned the brand objectives with the right set of online audience.”

Shekhar Mhaskar, Vice President, Isobar, says, “It’s been a great journey all the way since Isobar and VIP Bags partnered to aim at redefining the image of the brand and buoy it above the competition. It’s encouraging to see how the brand is forward thinking, innovative, and never shy of trying new ways of reaching out to young audience in the digital space. The Anti-Theft film being one such in a long series, we look forward to producing many more.”

Speaking about the campaign, Anish Varghese, National Creative Director, Isobar India, states, “Our objective to launch VIP anti-theft series was not only to introduce a new product, but also to inform people about the new safety features. We thought, the best way to introduce these would be by creating snackable content via a metaphorical route, where craft plays a bigger role, and garners the apt attention within a short span of time.”

Instagram to bring video ads to IGTV
1 day ago

Greeting people with salaam-namaste is stylish, say Salman Khan and Pepsi
18 hours ago

We got 100X value back with our investments in Ramayan & Mahabharat: R S Sodhi, Amul
19 hours ago

e-Content Jam: 'Give relevant and good content to audience, they will surely engage'
19 hours ago

e-Content Jam: ‘Ethical marketing to be key in post-COVID times’
19 hours ago

e-Content Jam: Why influencers have become crucial for brands in lockdown
19 hours ago