Gullyy T20 Live success in IPL– Easy and interactive, Gullyy T20 Live app gave a chance to cricket connoisseurs and public at large to win prizes worth lakhs simply by playing a game of Housie / Tambola on their smartphones while watching their favourite teams play

Following the resounding success of Gullyy T20 Live during IPL cricketing season, Blue Billion Tech Ltd, announced the launch of its two new games – Gullyy Football and Gullyy T20 Tez - in line with FIFA World Cup 2018 and T20 cricket. Gullyy.com was launched by, Blue Billion Tech Pvt. Ltd in early 2018 and offers an array of mobile games based on cricket and football.

Gullyy T20 Live success in IPL– Easy and interactive, Gullyy T20 Live app gave a chance to cricket connoisseurs and public at large to win prizes worth lakhs simply by playing a game of Housie / Tambola on their smartphones while watching their favourite teams play. Gullyy T20 Live generated Housie/ Tambola tickets which had a combination of numbers and events. The numbers being the runs scored in an over, and events are real time action that occur in a live cricket match such as LBW, Run out, caught & bowled etc. It offered prizes similar to Housie/ Tambola format such as Jaldi 5, Rows and Full House. The winner had to claim their prize money by answering a cricket trivia. The app received an incredible response with thousands of players (across age and demographic barriers) downloading and playing the game during the IPL and winning prizes worth lakhs. 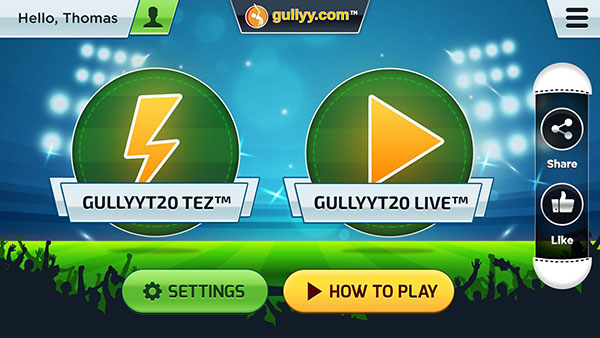 Gullyy T20 Tez - Newly launched, Gullyy T20 Tez is an extension to GullyyT20 Live, and as the name suggests, the game is fast-paced which must be completed within a time frame of 45 minutes. The game is to be played on the historic T20 matches from previous seasons. The entire process of buying tickets, editing tickets and claiming prizes remains the same as GullyyT20 Live.

“We believe cricket is what it is in India, because of its fans. Our aim is to keep these cricket fans engaged and also give them an exciting opportunity to add to their overall experience while they watch their favourite teams perform. The best part about Gully Games is that everyone can play them on their phones and win prizes basis their understanding, love and knowledge of the game. Gaming is all about engaging with fans and the tremendous success of Gullyy T20 Live proves this hypothesis.” says Bijoy George, Co-Founder of Gullyy.com.

Gullyy Football– Gullyy Football will be launched on June 14th, 2018, just before the first FIFA World Cup 2018 match and aims to target the global football fan base. Gullyy Football is designed on a similar concept to the GullyT20Live but with some variances that will be revealed when the game is launched. The participants can win prizes by accurately predicting a set of outcomes at the start of each match. 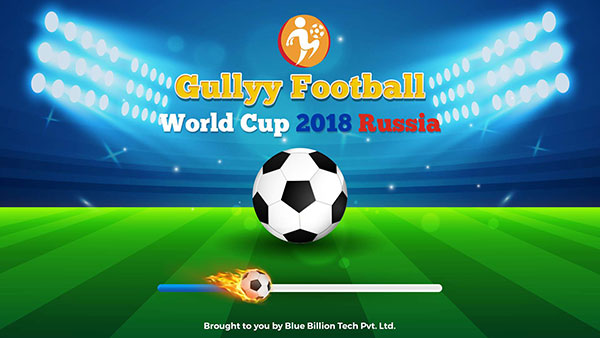 Further to the offerings for football fanatics, Gullyy Football has partnered with Sherlock’s pub having presence across Bangalore, Pune, Chennai and Dubai. This is aimed at adding to the participant’s experience of FIFA World Cup 2018 by creating a stadium-like atmosphere with big screens, friendly competitions and also a chance to win on the spot prizes during the match hours while playing Gullyy Football.

Sharing his thoughts on the current gaming scenario, Surendra Bardia, co-Founder of Gullyy.com says, “These are exciting times in the gaming space in India and the opportunity to expand the fan base cross multiple sports by getting them to engage, build communities and win real prizes is what keeps the players clued in through the duration of the game”

Both games will be available for download on both Android and iOS devices. For additional information on Blue Billion/Gullyy.com please visit: www.billionblue.com and www.gullyy.com

Political parties woo millennial voters with TikTok, ShareChat and the like
2 days ago

It takes courage to produce a show like Pradhanmantri: Avinash Pandey
1 day ago

Up to 5 years jail time for violation in proposed Cable Television Networks Bill 2020: MIB
3 days ago

Did Deepika’s JNU visit lead to Chhapaak’s falling flat at the box office?
4 days ago

2020 would be a year of Integration and Personalization: Alok Jalan of Laqshya Media Group
2 days ago

Roshan Abbas of Geometry Encompass says, “Frictionless commerce will be the winner”
2 days ago

Nikhil Dey of Weber Shandwick says, “CEOs will need to be agents of change in 2020”
3 days ago