Given the fact that programmatic advertising has not yet taken off in India, the challenge for the ATD entities has been substantial. While some ATDs have chosen to stick with the original mandate of focusing on growing the share of programmatic buying within their groups, others have morphed into demand aggregation engines, says Komli Media’s Ruksh Chatterji

The Concept of Agency Trading Desks:

The concept of the agency trading desk (ATD) as it has evolved with the Fantastic Four advertising groups in the West (WPP, Omnicom, Publicis and IPG) is to have an entity that would execute programmatic media buying through advertising exchanges.

In an era where clients demand greater transparency and agency margins are being squeezed, agency trading desks are looked upon by these groups as the “bright spot” that would add a consultative layer within the group and spearhead the push towards programmatic media buying. In other words, ATD’s would firstly drive growth, secondly push for more futuristic media buying practices with a real technological edge to them and lastly drive margin expansion.

The “Indian-ized” version of the ATD:

Given the fact that programmatic advertising has not yet taken off in India, the challenge for the ATD entities has been substantial. While some ATD’s have chosen to stick with the original mandate, of focusing on growing out the share of programmatic buying within their groups, others (for now) have morphed into demand aggregation engines.

Figure 1 below, depicts how the ATD ecosystem was originally envisaged, with the trading desk expected to fulfil a dual role of a centralised programmatic buying hub and a centre of excellence that would evangelise programmatic buying within the group.

Figure 2, depicts the change we are observing in the Indian implementation of some agency trading desks. The internal communication to all agencies has been clear - the ATD will be the final decision-maker on rates, thus aggregating the buying power across an agency group. The ATD as a result have been mandated to do bulk deals with implementation or execution partners like display and video networks, leverage their ‘now augmented’ buying power to negotiate the best rates for the group.

The Transparent model
Some ATD’s have begun by being more client-focused and are attempting to build a truly transparent ecosystem, which will allow clients to have full-visibility of the media buying costs and the pre-negotiated agency margin on top. Some automotive advertisers and e-commerce companies have executed campaigns programmatically early this year.

Though in private conversations CMO’s have raised concerns about the ‘true transparency’ of such platforms. Some of their concerns are valid, “How do we know we are seeing the true media costs and they haven’t been inflated at the back end?” “How can we be sure that there is no double-dipping?”

There are no easy answers here. Only time will help evolve industry reputations and separate the platforms that deliver the best ROI and offer true transparency compared with others which will have some opacity around margins.

The Arbitrage model
As the name suggests the arbitrage model, works on the basis of a locked in rate with a client and the ATD making an additional margin based on the most-optimal programmatic rates available through platforms. This effectively makes the ATD into profit centre, apart from the agency. This is depicted in Figure 3 below.

What does the future hold: Lessons from the rabbit and the hare?

It may be pre-mature to play Nostradamus here, but one can attempt to draw analogies from what has typically happened in the changing profit-pool-shifts across different industries.
What is amply clear is that, in the short run some ATD’s that are operating in the arbitrage model, are likely to gain share quicker for a couple of reasons. Firstly, they will not necessarily need client ‘buy-in’ for every campaign, this will likely allow for a quicker trigger to executing campaigns. Secondly, given their concentrated buying power the ATD will likely identify a few preferred service providers locked-in at bulk contract rates and then execute campaigns relentlessly through these players. These two factors are likely going to get the arbitrage players faster off the block.

In the medium to long run however, advertisers are going to get increasing conscious about the return on ad spend and will begin to separate the ATD’s that truly deliver value, transparency and insight from the ones that don’t. In an industry as small as ours, the marketing folks move around from company to company every two years and word gets around pretty fast. Reputations once dented take a long time to turn around. That is when the slow but sure-footed mascots of transparency and value-addition will begin to gain share.
Ruksh Chatterji is VP-India Region, at Komli Media. 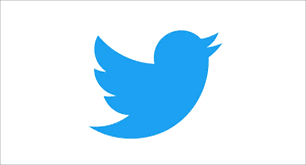