Digital is a very powerful medium which can change the way businesses are run, if it is tapped properly, says Harish Bahl, founder of Smile Group. Here, he shares his mantra of leveraging the digital media effectively...

Harish Bahl is a serial entrepreneur, who founded the Smile Group in 1999. Over time, the group has been responsible for a series of highly successful companies, including the digital marketing firms Quasar and Blazar, which WPP acquired a 75 per cent stake of in 2007. Smile also includes the ad network Tyroo, which Yahoo has a significant stake in, along with a number of e-commerce offerings, such as Letsbuy, Zoomtra, Deals and You, Fashion and You, and most recently, BeStylish. In February this year, GroupM and Quasar decided to form a consolidated digital agency network, to better integrate their work. The consolidated agency is headed by Tushar Vyas, Managing Partner, South Asia, GroupM. While Quasar and Blazar continue to function independently, the two are ultimately reporting to Vyas.

Bahl is a man committed to entrepreneurship with a passion for technology, media and communication. He feels that e-commerce is going to be one of the great enablers, and will help drive India’s retail sector which today is still largely unorganised, and predicts that digital media will continue to grow, but while it will continue to become more important, won’t supplant existing media.

He said, “Media is best integrated. You don’t have to work with one company which will handle all you are doing – so long as the client has the right idea. The right mix will always get the best results, while keeping things in silos will never lead to work that is as engaging.” This is also why Bahl feels that pure digital agencies are not going away. He said, “It depends on the needs of the client. If there is a client X, he might hire someone for digital, someone else for television and so on, but then, if it’s done properly, these guys are team X, they’re not working with just their people but with each other together as one team. And then the specialised knowledge becomes important.”

Bahl is the founder of two different digital agencies, Blazar and Quasar, and he says that this also shows how different areas of expertise can come together. He said, “There are two main reasons to have two agencies which work independently. The first is that in this industry, you get to know a lot of client sensitive information. This means that there can be conflicting interests, because you make a partner like relationship with the client. Having two agencies takes away that problem.”

He added, “Between Blazar and Quasar, Quasar is better at handling brand clients looking for a full service experience. Blazar is better optimised for performance marketing, I think that no one is as good at understanding the science of it as Blazar.”

As founder of the Smile Group, Bahl points out that the company now has 25 entrepreneurs working on various different products, which are not competing but for different parts of the value chain. He said, “There is a lack of a platform for entrepreneurship in India, and we believe that the digital industry is going to grow significantly. Today, Pearl [CEO, Fashion and You] will call Gaurav [CEO, Deals and You] and share insights on how well something they’re trying on Facebook is doing. Or Shailen [CEO, BeStylish] will talk to them about how they are working out their deliveries. This kind of synergy is a great driver for the group as a whole.”

The e-commerce wave
He also predicts a change in the Indian e-commerce scenario. He said, “In India, the first wave of e-commerce was driven by products which had electronic delivery. Travel tickets, movie tickets, or insurance selling, these were the big items. A second wave took place, which included a physical product, but this was driven by deals and discounts; Internet and cheap became synonyms. Today, we’re seeing a third wave, as thousands of products are being sold daily. Today, people have come online and are familiar with the process. Now, they’re looking for quality, and are driven by access and convenience.”

Because of this, he feels that e-commerce can leapfrog India’s largely unorganised retail sector. He said, “Today, we’re delivering products all over the country. For a physical operator, each store that they set up is an expensive proposition, and they can display only a small number of items. With us, the reach is across all of India, and the inventory is unlimited. With Fashion and You, we’ve sold products worth more than two lakhs, in locations where courier companies don’t go. We’re leapfrogging physical retail, getting to the interior years ahead of them.”

He added, “Digital is a very powerful medium which can change the way businesses are run, if it is tapped properly. The power of this medium lies in creating conversations, generating engagement. It’s not just about putting up a banner or making updates on Facebook. If technology is leveraged correctly, digital is able to bring scale to word of mouth, which we’ve always known was the most effective form of messaging.”

Reviving love: Why brands should resurrect mascots
11 hours ago

Housing.com pumps in Rs 40 cr for its big TV ad blitz
11 hours ago 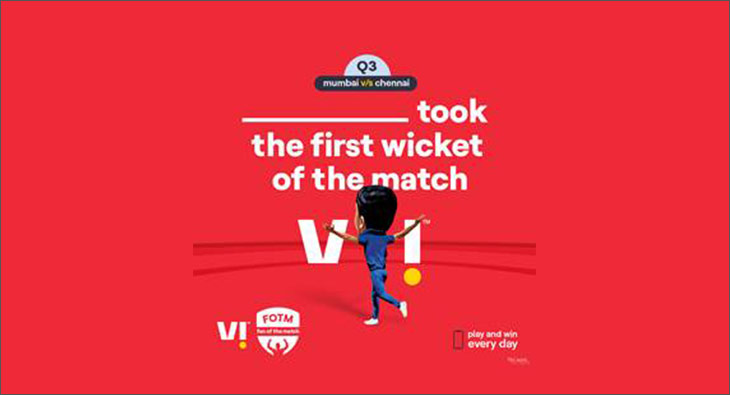