Of the various trends seen at the Cannes Lions International Advertising Festival 2010, one of the prominent conversations was how well India’s youngest creative independents have done at the festival. From being Jury Member to speaking on the Cannes stage, which has been rare for India, to winning metals, agencies like TapRoot and Creativeland Asia have made a mark on the festival.

Of the various trends seen at the Cannes Lions International Advertising Festival 2010, one of the prominent conversations was how well India’s youngest creative independents have done at the festival.

Creativeland Asia’s founder Sajan Raj Kurup, who had left Grey Worldwide to launch his own venture, was a jury member in the Outdoor Lions.

TapRoot India’s co-founder Agnello Dias, who brought India its only Grand Prix so far when he was at JWT India, was a Speaker at a session in Cannes Lions. The Cannes stage has not seen many Indian speakers so far – the only one to speak at the festival was Ogilvy India’s Piyush Pandey. Dias left JWT in the peak of his stint there to launch his own company with friend and partner Paddy.

India is finally seeing the rise of the Creative Independent.

Ajay Kakar, Chief Marketing Officer, Aditya Birla Group - Financial Services, explained that quality and focus to every client became the strength of the creative independent. He said, “There are one or two names in a big agency that one is comfortable working with, but of course you do not get that person on your business, when the agency has many other clients. The creative independent guarantees that he would focus on my business because he has control on the businesses he wants in his agency, and how much he would like to handle. When you know you are going to get great quality work in return, you don’t mind paying the premium for it.”

KV ‘Pops’ Shridhar, National Creative Director, Leo Burnett India, explained, “It is also about the younger leaders finding their own voice and their own ground. It is only natural that younger people would take over, as the creative baton moves forward, but it is not about being an independent agency. At the end, the game is about the creative person, and how good or bad that talent is. For one good creative independent, there are several bad ones.”

Bringing the agency perspective, and what performance and presence at Cannes Lions signifies, Raj Kurup said, “Lions is an affirmation of world class work. We have been finalists in the past, and it was about time we did something bigger. Creativeland Asia today is amongst the top 10 leading independents in the world. And when you know of things like that, it is inspiring, and gives you confidence.”

True that an agency is as good as its people, but Creativeland Asia and TapRoot could prove to be inspiration to many others to take the independent route.

What goes behind selecting an agency's best bets at Cannes Lions? Panel to discuss today
1 day ago

Cannes Lions 2021: What explains India's absence in the first shortlists of the year?
5 days ago 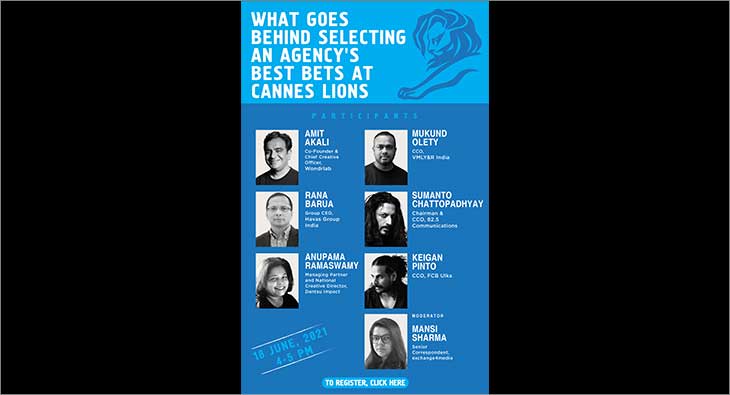 cannes-lions What goes behind selecting an agency's best bets at Cannes Lions? Panel to discuss today
1 day ago

cannes-lions Cannes Lions 2021: What explains India's absence in the first shortlists of the year?
5 days ago

cannes-lions A decade of Cannes Creative Effectiveness Lions: A look back at India’s performance
04-June-2021