The ‘intelligent’ evolution of ‘funny’ in advertising

We have all encountered humour in advertising. Some examples are plain silly; a few in bad taste and some others, God forbid, aren’t even funny. While humour is an old tool in Indian advertising, over the last few years, it has evolved from slapstick to intelligent, and if creative gurus are anything to go by, the trend will reverse again. exchange4media spoke to a few creative heads on the evolution of this double-edged sword in advertising.

Indian advertising has employed humour as a tool for many years now. Some believe that it is the exposure to international advertising that had allowed Indian creative heads to dare and be funny, and others believed that it was one of the fallouts of the growing self-confidence of Indian advertising professionals.

If the more recent ad campaigns are seen closely, Indian advertising has been looking at humour in a different light. There is a clear attempt to move away from slapstick, which was the order of the day, to ‘intelligent’ comedy --- the Vodafone ads including the Zoo-Zoos is one case in point; the Fastrack Move On commercials is another; The Sprite campaigns, the Parle-G ads or even the recent Idea campaign... the list can go on.

Speaking to a few advertising honchos, exchange4media finds out how ‘humour’ has evolved in advertising.

Bobby Pawar, Chief Creative Officer, Mudra, said, “Humour has different shades. There is a very thin line between humour and something that is not humorous. Humour is evolving like any other culture. An ad should have a funny premise to begin with to be considered humorous. The formula really lies in the hands of the brand. From the slapstick kind of humour, we are gradually moving on to ‘intelligent’ and ‘subtle’ humour. One great ad would be the ZooZoos for Vodafone. It is understated, yet charming. Advertising has evolved out of popular culture. The client and the creative agency have to be brave to create that culture.”

Agnello Dias, Chief Creative Officer, Taproot, noted, “Evolution is not just in advertising. There is an evolution in music, movies and art forms. Everything evolves over a period of time. Talking of advertising, after a set pattern, people look for different kinds of humour. The current trend becomes passé. Tastes and preferences change. We are now looking at understated vs. slapstick. I would bracket the Chlormint ad in the slapstick genre, and Virgin mobiles ad in the understated smart genre. However, I do feel the slapstick trend will come back. In fact, all trends that go away come back.”

Senthil Kumar, Executive Creative Director, JWT India brought a different point of view to the discussion. He believes that the Indian audience likes brash and slapstick over understated humour. He observed, “For over a century now, laughing-out-loud has caught the fancy of audiences in cinemas, street theatre, folk plays and even in real life. Show me someone who doesn't laugh at a good joke out there. Even the most difficult consumers will remember the funny brand, and even tough clients will break ice over a hearty laugh.”

For Kumar, after sex, slapstick has been the next bestseller in the Great Indian Copywriters' manual but that's what's Indian about it. He elaborated, “The Indian audience has rarely been tickled by wry or dark or even subtle humour. What works is when the joke is in your face and at times, even a double take or the triple take Madras-cut slapstick.”

The evolution of humour in Indian advertising according to Kumar has been the journey from laughing-out-loud at others to laughing-out-loud at us, and he is of the opinion that this has taken a long while. He said, “While the Thai's have established Thai humour as a certain type of humour, we are still struggling with Indian ‘shtyle’ humour. Though I would like to add that a few brave brands like Amul, The Times of India, Pepsi, Fevicol, Happy Dent and Vodafone have managed to push the envelope consistently on a big idea with a humorous execution, clearly using humour as the means to tell a story and bring the big idea alive, versus humour being the idea?”

Humour is understood differently by different people. It cannot and should not be subjected to a set pattern or norm. Intelligent humour in advertising is currently ruling the roost but in times to come it would for sure sway in another direction. And why not, nothing remains constant forever. It’s funny only till it sells.

Gozoop ropes in Mohit Ahuja as President - Mumbai
51 minutes ago 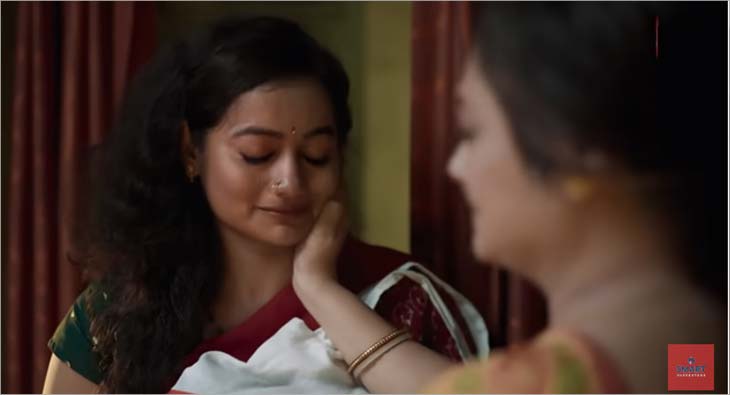