Piyush Goyal, Minister of State with Independent Charge for Power, Coal and New & Renewable Energy, calls upon media & advertising industry to come up with holistic project plan to maximise effectiveness of government ad spends at PMMAO 2015

Piyush Goyal, Minister of State with Independent Charge for Power, Coal and Renewable Energy, made a case for a well thought-out communication strategy for a political party’s well being, as opposed to sporadic poll-related advertising, and revealed that he had called for a long-term media buying contract with Television and Print houses to implement it prior to the Lok Sabha polls last year. The dynamic Goyal, then the National Treasurer of the Bharatiya Janata Party (BJP), headed the BJP's Information Communication Campaign Committee and is considered a key architect of the party’s hugely successful publicity and advertising campaign including the social media outreach for the General Elections 2014.

A well-known investment banker earlier in his career, Goyal is sharply aligned to current economic trends and understands the value of a rupee well spent.

Therefore, he chose to dwell on maximizing government ad spends, the role of continued communication and the transparency factor in governance, while participating in a discussion on the ‘Role of Advertising for a Political Party’ at the launch of the Pitch Madison Media Advertising Outlook, 2015 – jointly brought out by Madison World and the exchange4media Group – in Mumbai on February 20.

“I agree that communication (with the public) is not something that should happen only during the time of the elections. If you see the Army, even during peace time, they keep honing their skills. It is the same with political parties or the government; you need to keep communicating what you are doing,” Goyal said.

APPEAL TO MEDIA FOR GUIDANCE

Expert guidance in the process of communication and advertising, as well as continuous engagement with the people – that’s the Minister’s expectation from the media industry. Even as Sam Balsara, Chairman of Madison World, wanted to know how the media can help the government deliver faster on its development agenda, Goyal acknowledged that Sam “did some wonderful media buying for the BJP” leading to a very positive, effective and highly successful poll campaign. “I know he was up against some tough competition when the assignment was to be finalized. I also know that we paid him more than what his competition asked for. But, I am delighted that he was a part of the campaign,” Goyal said.

The Minister candidly admitted that the intricacies of media buying were completely alien to him and until a year ago, he had not released a single advertisement. He thanked Arunabh Das Sharma, President, Times Group, for being “extremely supportive” and taking him through the entire process of media planning and buying at the beginning.

‘GIVE US A HOLISTIC MEDIA PLAN’

Meanwhile, Girish Agarwal, Director, Dainik Bhaskar Group, pointed out that the government’s communication is largely activity-based rather than philosophy-based, and that’s a big mistake. Goyal agreed, and invited media organizations to draw up a holistic advertising spends master plan to substantially improve the effectiveness of government ad spends. He also rooted for newer forms of engagement - be it social media, innovative campaigns such as the Kan Khajura Tesan, or making ads on Radio and social media more exciting. “The Press Information Bureau (PIB), Directorate of Audio-Visual Publicity (DAVP) may not be abreast of the latest in advertisement and communication. So I would urge your associations to create a small team willing to spend some time, study it, understand the reach and go beyond the TAM rating or whatever rating, and give us a project plan to convey our message,” said Goyal.

‘ALL MESSAGES NEED NOT BE ADS’

According to Goyal, it is extremely important to be able to communicate what you are doing, what you are planning to do, the thinking behind what you are doing on a real time, to the electorate on a continuous basis. What part of that communication comes out of advertising, what part of it comes out of Press briefings, conferences, interviews, etc., is part of strategy. “It’s not as if our entire messaging as a political party goes out in the form of advertising, there is a lot of messaging through interviews, there’s is a lot of messaging through interaction,” Goyal said. Advertising is a small subset of communication, and communication is not all about advertising, he pointed out, saying that communication needs to be a judicial mix and part of a holistic plan, be it for a corporate brand or political entity.

Goyal sees merit in continuous engagement with the people, in having experts guide him through the process to do everything the best way. “That sort of arrogance is certainly not there in this government... It’s an idea and I am happy to reflect on it and discuss it internally to see how we can make this engagement a more continuous process. We will also have to see how we dovetail it to our various media outlets, for example, social media, Television, Radio & Print. Prime Minister Modi has been using Radio to great effect – the Mann Ki Baat campaign has excellent reach, something which I think nobody ever thought of. I know what Unilever has done in the remote villages of Bihar through the Kan Khajura Tesan campaign... and I wanted to replicate that in the elections, but we didn’t have that much time. Instead, we used 600 odd vans that went all over those remote villages in UP and Bihar,” Goyal said.

Raj Nayak, CEO, Colors, had a question for him: “If the government is in power for five years, would you be able to spend on advertising on a regular basis?”

Goyal’s reply: “Why not? That was the whole idea with which we started in November. We wanted to have this continuous campaign and in fact, I even asked if we could negotiate long term contracts. Unfortunately, we did not get any response whatsoever to our request, and immediately, I was given a budget which was so scary that we used it for a month or so and dropped it.”

Nayak’s follow-up question was since that money was never spent, would Goyal give them regular advertising in the next five years if given a good deal?

Goyal hastened to reply that the issue was not money, but how the government would reach out to the people of India in a holistic fashion.

‘DAVP COULD DO WITH AN OVERHAUL’

“The entire process of DAVP could do with some overhaul, some re-think, I will be delighted if some of you both from the media and creative side could volunteer to do a study, and I am happy to open the papers to help us understand both at the Central and State level how these things are decided, how the rates are fixed, what data is going into the actual news, etc.,” declared Goyal.

Balsara had earlier voiced the opinion that the DAVP’s spending on behalf of the Government of India could be made far more effective, if professional creative and media agencies applied the same kind of professional inputs into designing the ad, where and when to release it as part of an annual plan.

“Today, when we look at a full page ad - suddenly someone has put an ad in place, saying ‘inauguration tomorrow’ - it leaves us a little cold. Probably half that money spent in an organized way would get better value for the ad,” Balsara remarked.

“The moment I say something in an advertisement or an advertorial, the public will disown it; its value will fall drastically. Unless it is from the mouth of the journalist independent of my having paid for it, the value gets lost,” commented Goyal. “We tried to plan an advertising campaign from the BJP sometime in November last year, a membership drive – we wanted to reach out to the people with our policy, programmes, to engage them in the political process... we wanted them to be a part of the change that we want to see in India. Unfortunately, the moment we approached the newspaper and Television houses, they said it would be political advertising and hence five times costlier than the current rates. I remember talking to them, saying there is no election, it is peace-time advertising and they said no, it is political advertising, so political rates will apply and I gave up,” related Goyal.

Sanjay Gupta, COO, Star India, agreed that advertising rates have to be uniform, and all media houses should reflect on the issue. But he said that as a citizen, when he voted for BJP, his primary expectation was that the party would keep him abreast of their thinking and philosophy as they went along. 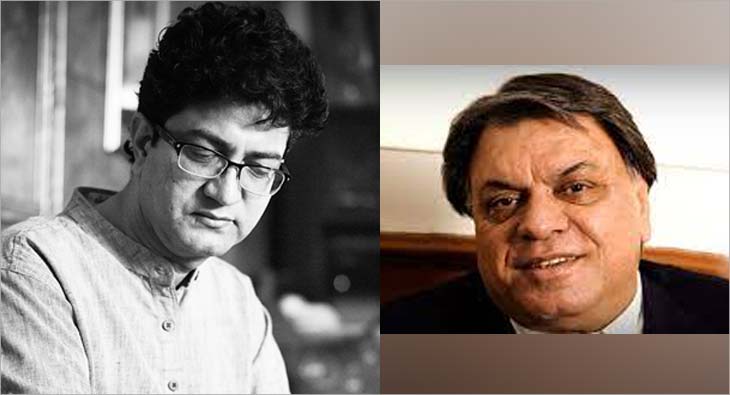 advertising 'People like Anil Kapoor are large – at heart and in spirit, and his legacy shall live on'
8 hours ago