With most telecom operators getting aggressive on 3G, Reliance Communication&rsquo;s new ad campaign to promote its 3G services sends out a clear message. Conceptualised by Grey India, simplicity is the key here...

With most telecom operators getting aggressive on 3G, Reliance Communication’s new ad campaign to promote its 3G services sends out a clear message. Conceptualised by Grey India and produced by Tubelight Films, simplicity is the key here.

The campaign forms the second leg of Reliance 3G’s communication package. The single task at hand was to visibly demonstrate to consumers how Reliance 3G is distinguished and superior compared to other 3G offerings in the market. Also supporting this demonstrable superiority was Reliance’s determined efforts of ensuring that the plethora of multimedia content that 3G opened the consumers to, came first on Reliance 3G.

The agency decided to stick to the simplest, cleanest and most direct form of speaking to consumers via an execution element of a ‘Just 3G’and ‘Reliance 3G’ on either side of a split screen.

Speaking on the commercial Malvika Mehra, National Creative Director, Grey India said, “There is so much of ‘tech jargon’ surrounding communication for 3G these days. If you keep the average geek aside, honestly a lot of people don’t really get what this creature called 3G actually is. We wanted to demonstrate the ‘superiority’ of Reliance 3G in a manner that was first and foremost simple. Of course it also had to be engaging and effective. With both these TVCs - ‘pixel’ and ‘buffer’, I personally think we’ve achieved that. I have silently observed reactions of friends and family as they watched these films and believe me, all of them subconsciously reached for the remotes, thinking there is something wrong with the left side of their TV sets! What better way than that to demonstrate the idea and urge them to switch to the right side – the one with the ‘Reliance 3G’ network. These are the first set in a series of films Grey has done for Reliance 3G this season. Watch this space for more.”

On the thought process, Rohit Malkani and Karan Rawat, Executive Creative Directors and Heads, Grey Mumbai, “The new set of Reliance 3G films are a breath of fresh air in a category that is increasingly getting cluttered with layered communication. At Reliance the new mantra is ‘Demonstrably superior’ and we are out to prove this not just in our products but in our communication as well. Everyone seems to be shouting 3G from the rooftops, but consumers are often misinformed about what ‘real 3G’ is or should be. The communication aims to open their eyes to the real 3G that only Reliance delivers. These set of films have been shot in a graphic and simple manner, they are warm and endearing and make the point succinctly and simply so that even a -year old can understand it. Look out for loads more of our demonstrably superior work!”

The two films on air talks about two of the products features that include crystal clear video calls (without pixelation) and uninterrupted videos (without buffer time).

The 'no pixelation' film opens with a cute little girl reciting the 'I'm a little teapot' rhyme. The split screen comes into play by pixelating, each time the endearing performance trespasses the thin line differentiating Reliance 3G from Just 3G. The end of the film reveals that the performance was in fact over a video call. Bottom line - only Reliance 3G's superior IP network ensures that video calls never pixelate.

The 'zero buffer time' film opens with in a club sort of setting where the protagonist is singing the popular Hindi number 'roobaroo'. The scene keeps freezing at regular intervals disturbing her performance until finally she gets frustrated and walks across to the other side – the Reliance 3G side to start singing seamlessly. At this point the frame zooms out to reveal that the song was actually a YouTube being viewed on a cell phone.

The film ends with the message - only Reliance 3G's superior IP Network ensures you can watch uninterrupted videos on your cell phone. 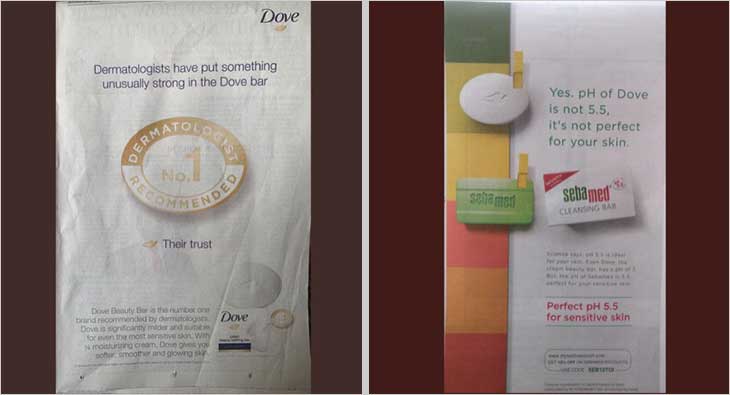 advertising Will advertiser interest in cricket surge after India’s win against Australia?
6 hours ago