The celebratory brand film illustrates how Anupam's life story led to the birth of Shaadi.com and the numerous roadblocks that he had to face to turn his dream venture into reality

The idea of Shaadi.com for Anupam Mittal came from his real life predicaments, which made him relate to all other singles who were, at that point, at the mercy of conventional marriage bureaus that offered limited choices. He wanted to enable people to make one of the most important decisions of their lives, with ease and confidence as well as give them the power to create their own destiny. The celebratory brand film illustrates how Anupam's life story led to the birth of Shaadi.com and the numerous roadblocks that he had to face to turn his dream venture into reality.

Expressing delight and gratitude as Shaadi.com completes 7 Million Success Stories, Anupam Mittal said, "I still vividly remember the first token of appreciation we received from a couple who tied the knot after they met via Shaadi.com - it was such a significant driving factor for us, at the time. With very few investors and limited access to the internet, Shaadi seemed like a far-fetched dream, but one which has so beautifully come true over time. There was hard work, dedication and a strong commitment by the team towards building something that stood for togetherness & stood the test of time."

Talking about future plans for Shaadi.com, he added. "All through these years, we have strived to keep evolving Shaadi.com as per the changing needs and attitudes of Indian consumers, and have continued to drive the industry forward. As leaders, our unrelenting focus on safety, innovation & scale have ensured consumers get the best matchmaking experience, which has in turn led to the 7 million success stories."

Speaking about the making of the commercial, Nishant Nayak the director of the brand film said “It’s been such a delight to collaborate with Anupam once again after Shark Tank India and a privilege, this time, to direct Anupam the actor  — who committed completely at every step of this filmmaking process. The script is all heart & it’s been such an honour to treat it right and give it the exciting audio-visual canvas that it deserves. We filmed this over two adrenaline-filled days with an army of talented people behind it! Thanks to the wonderful folks at team Shaadi.com, Train Tripper Films & Leo Burnett! I do hope the film delights and inspires all of you!”

Wondrlab Technologies launched with Rajesh Ghatge as CEO
6 hours ago

Time for celebrations: OOH raring to bring in a bumper festive season
9 hours ago 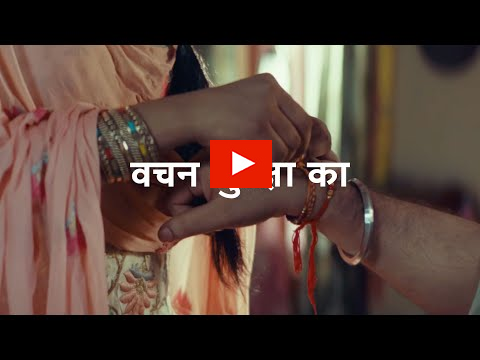 advertising ‘Glamm up like a star’, says MyGlamm's latest campaign
1 day ago