Jasmin Sohrabji, CEO, SE Asia & India, Omnicom Media Group, who is on the Media Jury at the Cannes Lions International Festival of Creativity 2015, says net results and the easy comprehensibility of ideas in a campaign are the parameters she will rate high while judging at the festival

Jasmin Sohrabji, CEO, SE Asia & India, Omnicom Media Group, who is on the Media Jury at the Cannes Lions International Festival of Creativity 2015, says net results and the easy comprehensibility of ideas in a campaign are the parameters she will rate high while judging at the festival.

Last year, the ‘Kan Khajura Tesan’ campaign for Hindustan Unilever - an on-demand branded entertainment channel on a mobile phone executed by Omnicom Media Group’s media agency PHD and Lowe Lintas & Partners India – did India proud, winning three Gold Lions for the unique innovation on a mobile platform. Jasmin Sohrabji, CEO, SE Asia & India, Omnicom Media Group, who is on the Media Jury at the Cannes Lions International Festival of Creativity this year, hopes to repeat the KKT success – in terms of the powerful use of a simple idea - and bring home learnings from similar work that has happened in other parts of the world. Here are excerpts from a conversation with Sohrabji.

ON THE KIND OF WORK THAT WILL MAKE IMPACT

One of the things that I’m keen to look at is the simplicity of the idea. I’ve always believed that more complex, competitive ideas are hard to immediately grasp or understand, and are as much of a problem for executing it well. Most of all, I’m looking forward to interesting stuff in traditional parts of media. We’ve seen a lot of good activity in new media, with a lot of good work coming from our parts of the world too - but I’m hoping that we also see some kind of newness or interesting work coming up in other type of media –particularly in Television.

ON QUALITIES SHE WILL LOOK FOR WHEN JUDGING ENTRIES

Two things. One is that ideas should be understood immediately... we don’t have to read or view too much to get the idea. The second thing is strong results. Particularly while we are evaluating media entries, results should not be seen as an ‘also’ that the campaign delivered. It should be one of the important criteria for winning in the first place.

ON INDIA’S PROSPECTS IN THE MEDIA CATEGORY AT CANNES

In the last few years, we have seen that when it comes to the mobile, digital and non-traditional media, we seem to have not just caught up but also gone ahead of the curve. I’m keen to see what are the learnings we can bring back and get a sense of other media where the opportunity exists. There was a time when we felt that the quality of work we did in India was good, but not well-packaged. Now those days are over. I’m more keen to see the quality of the work and the quality of ideas we are putting forth. In the non-digital, traditional space like TV and Radio – how competitive are we in media? I’m not talking about comparing us to the more advanced or evolved markets, but overall globally, how do we compare with some of the smaller countries in other parts of the world? Are we doing stuff that is more metro-specific or can we go and do stuff which is more mass and general and still win awards? I think the pride we had in the Kan Khajura Tesan win last year was more because it’s not a small niche entry that could’ve been done in a top-end city. It was very mass... I wouldn’t say rural, but a very lower level issue we addressed, and we still competed on a big global platform where people understood and appreciated the kind of work we did. That’s the kind of work we’re hoping we will get to see, and pick up learnings from similar media in other markets, and of course bring home some Lions too!

ON REPEATING THE SPECTACULAR SUCCESS OF KKT

We don’t know that yet! We also didn’t know last year, and we hope it is as interesting and surprising this year! We hope for not just PHD but also OMD to win, so let’s just hope for the best.

You can watch the video here

Is contextual targeting the solution to brand-safe advertising?
12 hours ago 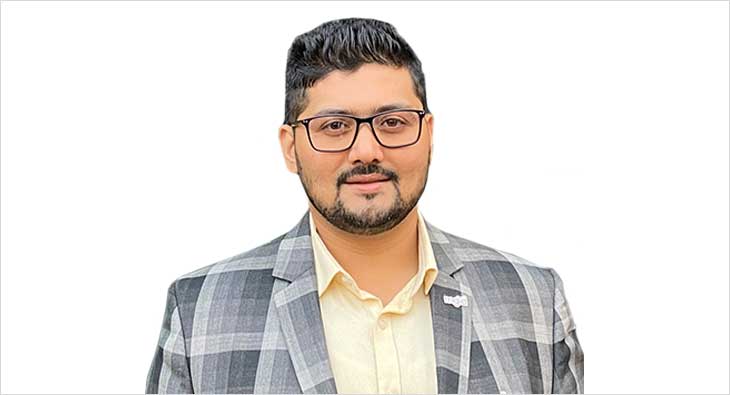 advertising Is contextual targeting the solution to brand-safe advertising?
12 hours ago