Communication Guru Abhijit Sarkar talks about his journey, communications in sports, Sarkarnaama and his vision for 2020

Communication Guru Abhijit Sarkar is one of the finest and fewest sports management experts in the country who has so effectively contributed to Sports in India, across the board.

His exceptional efforts in bringing together corporate for promoting sports in India from regional, national and international levels, not only took sports like cricket to greater heights but also brought excellence in those sports which are less popular and require infrastructural and financial support; and there is hardly any sport left in the country where his efforts and encouragement have not been recognized.

From being instrumental in endorsements and sponsorship of the Indian Cricket Team, Indian Hockey Team, Badminton and Olympics to ‘Sarkarnaama by Abhijit Sarkar’, he has always been in the sphere.

In an interaction with exchange4media, Sarkar talks about his journey, communications in sports, Sarkarnaama and his vision for 2020.

How has been your journey in the corporate communications industry?

My journey in the corporate communications industry has been an extremely exciting and rewarding one for many reasons.

I started with a very lean team of just a couple of people 25 years back but I am proud to say that at its peak our communication department had a team of 100 professionals from various walks of life.

Across these 25 years, I have been instrumental in managing all the communications needs of Sahara across various sectors and business divisions.

Right from conceptualization of campaigns to creative execution, planning of events both internal and external, media campaigns and managing the entire media cycle from buying to planning to releasing of campaigns across all channels, handling all the PR requirements of all group companies of Sahara, crisis management across the companies and dealing with all the media channels to handle the various crisis-led questions, sports management across various games like Indian cricket team including the IPL team, badminton league, Indian hockey team, hockey league, Polo, events like Bharat Parv, Sahara Cup in Canada, Indian Sports Awards, various cricket events, managing internal newsletters and magazines, we handled the entire functioning and execution of all these activities. In fact, this is just a glimpse of work what we have done in the last 25 years, in actual it is difficult to for me to pen down each and everything what we have done but in all it has been a great and fulfilling journey where we have received great appreciation from all quarters both internally as well as from external stakeholders.

How crucial is crisis management in the communications field?

Crisis Management is extremely crucial in the communications field. Any negative news or crisis if not handled properly can cause a lot of harm to the company’s reputation, public image and in the minds of stakeholders.

The biggest challenge in crisis in today’s time is the social media penetration and reach. The public can share and voice their opinion and spread rumors about the company in no time and its consequences are far and wide. And because digital and social media is geography agnostic and hence it has to be handled in very professional manner. The companies have to be prepared to handle the crisis across markets.

The list of various stakeholders who need to be addressed during a crisis include customers and clients, employees and their families, news media, investors, company management and board members.

How reputation management has become quintessential in sports fraternity and what are the key aspects to be kept in mind in the sporting arena?

Sports managers and organizations need to protect their reputation at any cost. A doping case or such disasters result in bad press which disillusions the fans, possible investors and all other stakeholders. Very effective management has to happen on social media and the internet space to communicate the stand of the organisation failing which, impacts not only the reputation but also the brand and its valuation. Reputation management has to be a systematic programme of marketing function and cannot be left to chance.

What are the three big factors that have made your show ‘Sarkaarnama’ a big hit?

‘Sarkarnama by Abhijit Sarkar’ was designed in such a way that it should not look preaching in its approach. There were several other platforms which were neck deep into it. What we did was to take the satire and humour path to drive our message. We treat our audience with respect and we believe that they are intelligent enough to read between the lines. The feedback that we get also proves our point.

Secondly, we experimented with original songs, poems and shayaris and we found that our audience started admiring it. We penned original lyrics, coupled with music which literally touched all genres. In the poetry and shayaris, the spin we had was to use such content which was slightly lesser known but was appropriate with the flow of the script. Since I am from a Hindi belt therefore I am trying my level best to revive the love of poetry and shayaris which I feel had gone in the back burner.

Thirdly, we rekindled the use of trivia in our story telling which up till now has been received well among our viewers. These three things have been the staple content of Sarkarnama for the last two years.

Have online platforms become more effective mediums in terms of reach and engagement?

Each one should realise that after all, a smartphone is also a screen which is quite different from the other screens of TV and movies. With the mobile data getting cheaper and the smartphones reaching the Tier 2 and 3 towns and the rural areas, people have been hooked to social media and are literally lapping it up. They are the biggest harbingers of change and now I can firmly say that it is the biggest medium. Digital is there to stay and is far bigger than TV and Cinema combined. Digital platforms has also socialised the star system of the TV and Cinema and you will see in the near future that the Digital platforms would have a bigger superstar.

You have won the top award for social impact. How do you see this win?

Each award is basically a confirmation ticket that you have boarded the right train and the journey that you have chosen is on the right track. I am humbled by the recognition given by exchange4media for the effort that I have put in the last two years. I would extend my heartiest wishes to Annurag Batra for doing such an exemplary work in the field. His positive attitude is contagious. It will also propel me to keep on fine-tuning Sarkarnama so that we can reach a bigger audience. After winning this award, I feel more responsibility have been laden on my shoulders to do well with Sarkarnama and keep on weaving more episodes that could impact the society in a positive way.

In 2020, what is your vision for your show Sarkarnama?

We have already been brainstorming to bring in some innovations in Sarkarnama by Abhijit Sarkar. We have been thinking of making it a slightly interactive one with the introduction of some characters in the episode. We are trying to evolve some character which could be different from the clutter but would be acceptable to the Sarkarnama fans. As of now, I cannot divulge more about the changes in Sarkarnama but all I can say that the audience should be prepared for some surprises in 2020.

Finally, tell us about your upcoming projects related to films and TV?
2019 has been quite generous to me. It started with Sarkarnama getting good reviews from both the audiences and the critics, and then some roles started pouring in from some TV serials. I was slightly hesitant at first because I had given up stage acting decades ago to join the corporate life. However, with a little brushing of my skills, I was back into my elements in the next couple of episodes and have started enjoying my return to the creative side of me which I have been missing for quite some time. Now bigger roles are being offered to me and hopefully 2020 would bring in some more good news. 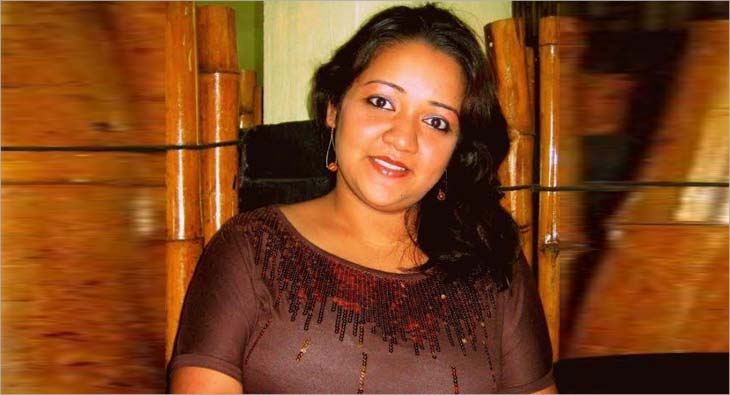