'Failure is only for yourself but success is for everyone'

Mishra commenced the session with his opening remark, “The reason why I’m on this panel is I have gone through many successes and failures, and maybe there is a story behind it, but I'm a great believer in woman power, most of my law firms have a majority of women working from partners to associate with senior associates. And that has been my journey. I'm always very guided by their intuition, their energy and their positivity, so it's a privilege to be here, moderating such a panel.”

Sharing further about his own journey, he said, “I come from a small town and I had my 10th and 12th almost under the tree at a small town in Bihar, but later became a Fulbright Scholar and became a Lawyer. It has been a very torrid journey for me. I've seen a lot of failures in the early part of my life and Honestly speaking, I did not know that failures also teaches you something. But if I look back when I'm 50, I can surely tell you that I feel that my failures, whether it's an interview of IAS in 98 or some bigger failures in most of my court litigation, they taught me so much, they were even a bigger teacher to me than success.”

Speaking about success and failures in her life, Mahajan shared that her life has been a series of failures but it has always given her a new direction to move in life, “I think I can talk a lot about failures because I think my life has been a series of failures and every time a failure has come, and I've thought that this is it. Life is quite over, it's actually given me a new direction to move in life. So failure teaches you a lot, but also like how they've said success and failures both are equally important, because inevitably we talk about failures but success is very important for people to actually have faith in you, for you to know that you're going down the right path. And I do believe that for everybody who's extremely successful they've had to have some major failures come their way. I also think that those people are very lucky, who at the age of 10 or 12 from a small town or a big town can actually sit down and chalk out their life and their life goes like that. I think that those people will be supremely lucky.”

She also opined that success is very important for her to know that her passion was well placed.

“The decisions I took were actually forced down my throat at that point in time, but they shaped me into the person I was. So failure is very very important to keep you very grounded, more than anything else. Success is equally important, because if you don’t get success, I think it's becoming a world where people judge you by your successes. People also want to judge you by what you've achieved or not achieved. It doesn't matter how much hard work has gone into it. I think success really matters at that time. For me as an individual, I can't be successful at the things that I don't feel passionately about. So I think that success is very important for me to know that this passion was well placed.”

Lath stated that one needs both success and failure to be able to learn, unlearn and relearn. Explaining what success and failures means to her, she said, “Success is important and it is that validation needed to be able to say that you're doing okay. If you don't get that hustle and great work, but it has a negative connotation. If you're only hustling really hustling with success and not failure or rather call it setback because failure is a heavy word.

You need both to be able to learn and unlearn and relearn. And so, it's always my way or the highway. What it takes to take the road ahead and the long road ahead. Entrepreneurship for example is like building a flight as you jump off the cliff. You don't know what you are in for when you're doing that. Whether you're an intrapreneur or an entrepreneur, even attempting to do something being set up is important to you to relook at dimensions, because you don't know what it's called.”

Citing examples of a baby and clapping, Khacharyan explained that both success and failure are important in life and one should never give up and keep trying. “Actually both are very important. For example, one hand will not clap alone, so one hand is the failure and the other hand is success and when you bring both hands together you will hear the sound. And that will be the achievement of your goal. I can't say which one is more important, because both are important.

To fail means to learn and to grow one more step, to fail means Knowledge and life experience. The more experience you have, the more you will grow. So, yes, failure is only for yourself but success is for everyone. But you can’t just close yourself and stay alone, and say that I failed so I will never try again. No, I just want to say that we have to look at babies, how they try to walk and how they try to stand, we are a baby when we are trying to achieve new goals. So, to fail and to have success, it's equal.” she concluded. 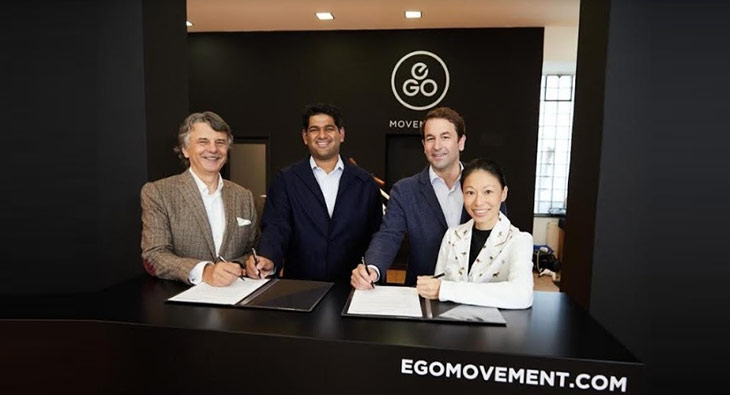