The pandemic has led to a lot of significant changes in the Public Relations and CorpComm segment. The process of adapting to the new normal has given rise to newer trends and new means of communication. On the e4m PR 40 under 40, various expert panellists and speakers spoke about the new mantra for PR and corporate communications to stay relevant.

Opening the session with the debate between whether paid or earned media is better for lasting brand exposure, Trehan opined that a combination of both works best. She added, “I think all these are interesting media platforms if you look at it as two different buckets. A combination of the two is what makes it relevant to any of your communication campaigns. You need to select what is working for that brand at that point in time.”

Lalwani’s outlook on the question was somewhat similar, however, she also emphasized the need to be ROI-centric, she shared “The credibility is, of course, coming back to earned media because it means endorse credibility, advocate to support the company we're talking about. But when you're talking about paid media, what's the budget, how ROI oriented are you, what percentage of your marketing spends are you looking at, the combination factor? And many times we advise a lot of startups to look at earned media before they go all out on paid media because the ROI or the brand credibility like I would say, would be higher with earned, but it evolves in the brand's journey.”

Sharing a similar sentiment Sethi added “In a nutshell, probably I would say, on a larger scale, earned media is always good. But yes, paid media has its own charm and playing very well in the current market.”

Addressing the challenges faced by the PR professionals in terms of getting earned media on board, Chattopadhyay believes that the biggest challenge is the right narrative. He added, “I think getting the earnings or getting the earned media only comes into play only when you first have a story. I think the biggest challenge for us consultants is how we are handling the objective of a client and how are we drafting that to be distributed to various platforms.

Amrutkar pointed out certain challenges faced by the PR professionals in this social media-driven world, he shared “PR professionals are more social currently than ever. Another challenge that I see is eventually, tools and techniques which is currently where I see the PR industry is a bit lacking. Now in terms of earned media is more of publicity driven and, in terms of paid media, we get a little more exposure.”

While concluding the discussion Sethi added “We need to see which product we need to project in the market, but you have to have the right set of positioning. You have to set the goal of your brand positioning in the market. I think the paid medium cannot beat on media in that case. And that's why I think that's where the role of communication personnel comes in, and plays a bigger role, and the agencies play a bigger role, to begin with, because you are creating that brand, over an audience through earned media.”

Communications in 2021: An amalgamation of Art and Science where data leads creativity
1 day ago

Enterprise Ireland retains Kaizzen as their PR agency
5 days ago

Agency leaders should get out of the board room & make human connections: Per Pedersen
11 hours ago

South Asia will become the epicentre of middle-class growth in 10 yrs: Kent Wertime
11 hours ago 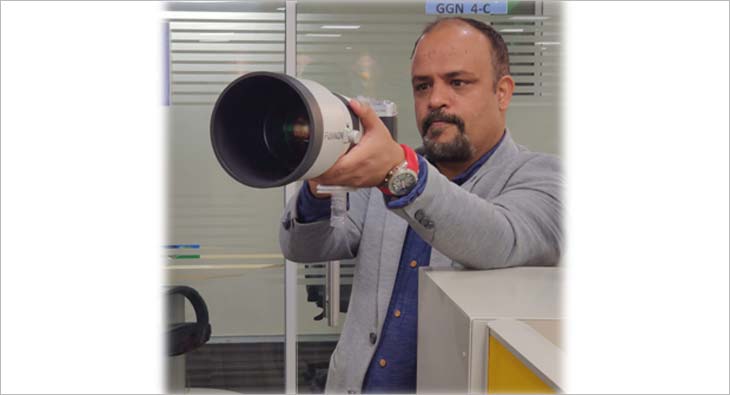 pr-and-corporate-communication Communications in 2021: An amalgamation of Art and Science where data leads creativity
1 day ago