Megha Tata elected as IAA President for the second term

Megha Tata, the MD -- South Asia, Discovery Communications India, has been elected as President of the International Advertising Association (IAA) India Chapter for the second term. The decision was taken at IAA's AGM on September 24th in Mumbai.

Samsonite salutes the truly resilient in new campaign
4 hours ago

Budget today: Start-ups counting on FM to keep the momentum going
9 hours ago 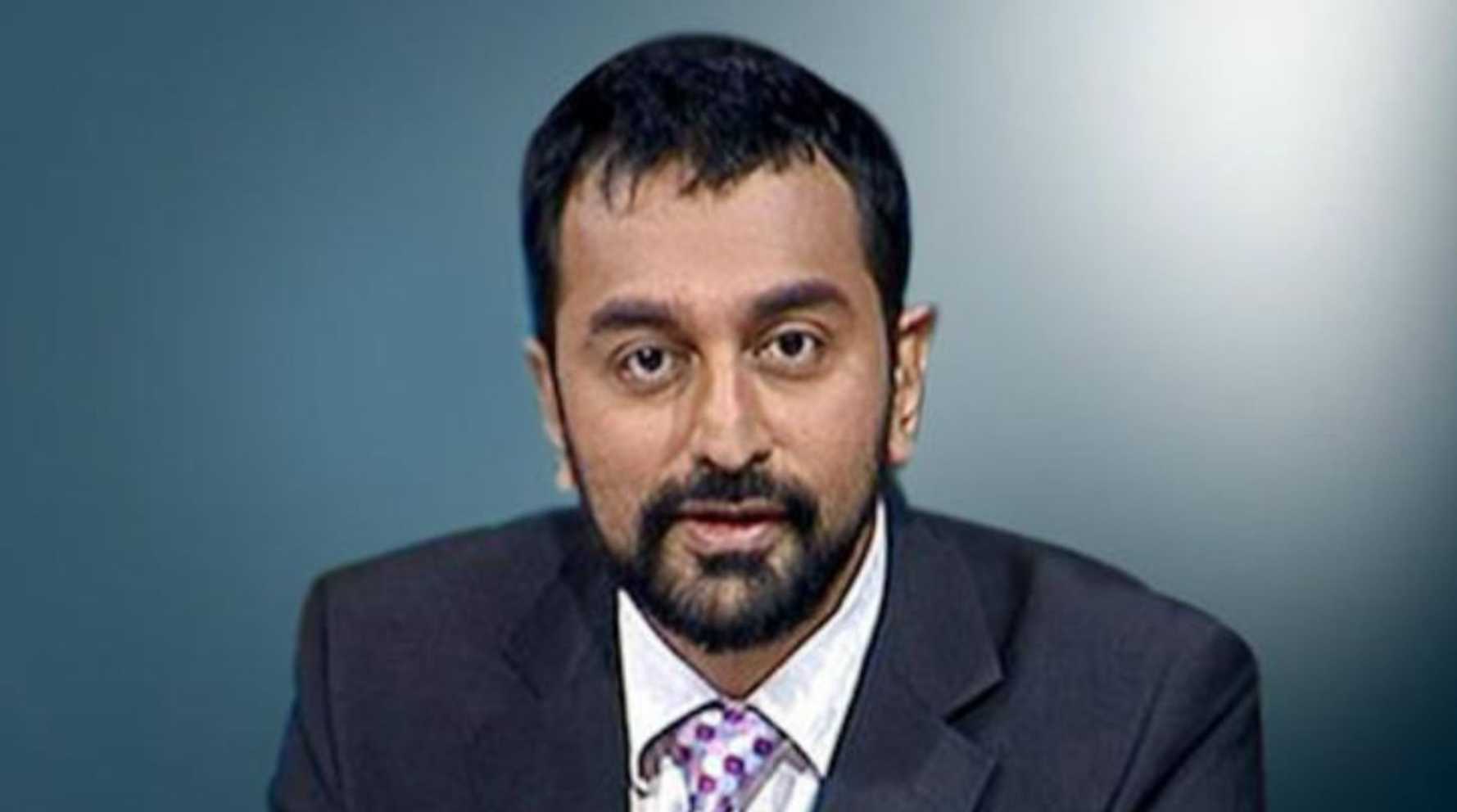 Sreenivasan Jain moves on from NDTV
4 days ago 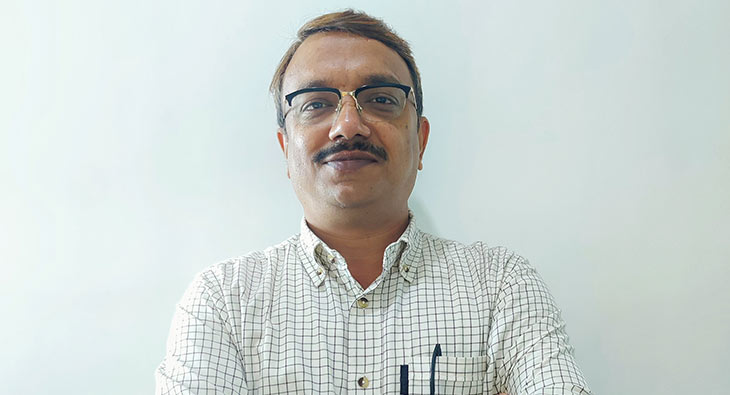 Sharon is the Co-Chair of M&C’s Employee Led Women’s Network and over many years has worked both within the agency and the industry at large to move women forward in the advertising, communications, and creative sectors.

Before coming to M&C Saatchi, Sharon spent five years at Leo Burnett Sydney. While there she held the position of Creative Director on the Samsung account which saw her collaborate on the Galaxy brand with the global team. She began her career as a graphic designer and retoucher for a photographers collective and her attention to detail in craft is one of her greatest passions.

"Shaz is an outstanding and much-loved leader who truly embodies all that a Group CD is. She has connected different parts of our business for the last few years, leaned into our employee lead networks, she identifies brilliant ideas and develops young talent. This promotion couldn't go to a more deserving creative legend," says Cam Blackley, Chief Creative Officer at M&C Saatchi AUNZ.

Sharon Edmondston said: “There is so much diverse talent across our group, and I’m thrilled to be given the opportunity to connect us all to fulfill our clients’ biggest ambitions. We’re at our best when we create positive change at a cultural level – and it takes a village to achieve that. Bring on 2023.”

Singh was previously heading Global Business for the APAC region

Sameer Singh who joined ByteDance in August 2019 has been elevated to the Head of Global Business (North America). Singh had been heading global business in the APAC region since July 2021.

Singh has led business solutions for the short-video platform in South Asia ever since the Indian government banned TikTok in  India in 2020.

Singh takes over the crucial portfolio at a time when TikTok has been facing intense scrutiny in the United States. The government has already banned the app on federal-government devices over national security concerns.

Before joining ByteDance, the IIM alumnus was the CEO of GroupM South Asia. He has also held leadership roles at Google, GSK and P&G.

After more than 22 years, it is time to move on from NDTV. It has been a wonderful, roller coaster ride but you have to know when to get off. The next couple of weeks are my last. Thank you for the love and support all these years.

Razdan's resignation follows the spate of senior-level exits at the network in the aftermath of its takeover by the Adani Group.

In November, Ravish Kumar also stepped down from his role as Senior Executive Editor of NDTV India.

Razan returned to the channel in February 2022 more than a year after she fell victim to an elaborate phishing scam. The senior journalist was led to believe that she secured a job as a media professor at Harvard University.

She joined NDTV in 1999 and worked there till June 2020 before quitting for the first time. She was the primary anchor of NDTV 24x7 news debate show Left, Right & Centre and the weekly debate show The Big Fight.

Grocery delivery app Zepto has recently onboarded Shreyansh Modi as Head of Growth & Monetization at Zepto. With this appointment, Zepto will enhance its business operations’ efficacy, improve customer experience and prepare for the nationwide expansion of its services.

Shreyansh has an entrepreneurial mindset and a unique blend of technical understanding and management capabilities, and his expertise in market research and analytics will help Zepto in every aspect.

Prior to joining Zepto Shreyansh worked with Flipkart as Head of Performance marketing. With his vast experience in the domain, he will be helping in leading and building Zepto.

Prior to this, Verma was Vice President at Yellow.ai leading global marketing initiatives

With over 15 years of experience, Verma brings rich expertise in technology, product, and growth marketing. Most recently, she was the Vice President at Yellow.ai where she led their global marketing initiatives including entry to new markets, ARR growth, and expansion. Prior to Yellow.ai, she led large international marketing teams in hyper-growth environments at Directi, Rocket Internet, Hike and Payoneer.

Beerud Sheth, CEO and Co-founder of Gupshup said, “Vartika’s strong bias towards action, cross-team collaboration, and strong understanding of business needs alongside brand and growth marketing experience is a powerful combination. With her deep experience in the conversational messaging space, I am excited about the new ideas and opportunities she will bring into marketing at Gupshup.”

“The conversational AI market is rapidly growing and evolving, driven by capability advancements in AI that are empowering businesses to deliver 10X better CX. I am delighted to join Gupshup at this pivotal juncture across expansion into new products and geographies, and execute breakthrough ideas to meet the burgeoning demand for CPaaS and Conversational AI solutions across the globe,” said Verma.

Jain, Global Vice President of Xiaomi, joined the company in 2014 as Country Manager and head of India business

The Global Vice President of Xiaomi, Manu Kumar Jain, has announced that he is moving on from the Chinese consumer electronics company after working there for nearly a decade.

Jain was among the first employees of the company, joining in 2014 as Country Manager and head of Xiaomi's India business. He rose through the ranks, holding several leadership positions within the company till he was named Global VP in 2017.

He shared a tweet to announce his move after nine long years with the company and said he is leaving at the right time when the company's leadership teams across the world are strong.

"I wish Xiaomi teams globally all the best and hope they achieve even greater success," he wrote.

Change is the only constant in life!

Last 9 years, I’m lucky to have received so much love that it makes this goodbye so difficult. Thank you all. ❤️

The end of a journey also marks the beginning of a new one, full of exciting opportunities. Hello to a new adventure!#ManuJain pic.twitter.com/sVgahC7zhr

He also wrote about some of the proud moments at Xiaomi, especially when the company became the top smartphone brand in India without spending any ad monies. He also fondly recollected Ratan Tata's investment in the company; Modi government's Make in India initiative, which led to Xiaomi manufacturing 100% of its smartphones and TVs in India; and generating 50,000 jobs in the country by expanding the company's scale of operations.

Jain also served on the board of many companies such as KrazyBee, Hungama, ZestMoney and WorkIndia. Prior to joining Xiaomi, he was also the Co-Founder and Managing Director of online shopping platform Jabong.

FMCG giant Unilever has appointed Hein Schumacher as its new CEO to replace Alan Jope who will retire from the company at the end of 2023. According to the Unilever website, Schumacher was appointed as a Non-Executive Director of Unilever PLC in June 2022 and his appointment took effect in October 2022. He is a member of the Audit Committee.

The appointment comes a full circle for Schumacher, who had started his career with Unilever.

Prior to his second stint with the FMCG giant, in 2018, he was the CEO of the Dutch multinational dairy cooperative Koninklijke FrieslandCapina NV. He joined the company in 2014 as its Chief Financial Officer.

Between 2003 and 2014, Schumacher held a variety of executive positions at Kraft Heinz Foods Company. Prior to that, he was Corporate Controller, in Asia and Central America at Ahold NV.

The 51-year-old executive holds a Master's degree in Political Science and International Relations from the University of Amsterdam.