Twitterati not too impressed with Kapil Sharma’s comeback show

After the first episode, some of his fans took to Twitter to express disappointment with the show and asked Sharma to return to the format of his older shows

Ace comedian Kapil Sharma made his TV comeback on March 25 with the much-anticipated show Family Time with Kapil Sharma on Sony Entertainment Television. The latest offering is a game show and has a new concept, different from the comedian’s earlier shows Comedy Nights with Kapil and The Kapil Sharma Show.

The team for the new show includes Navjot Singh Sidhu, Chandan Prabhakar and Kiku Sharda and the first episode had Ajay Devgn as a guest. 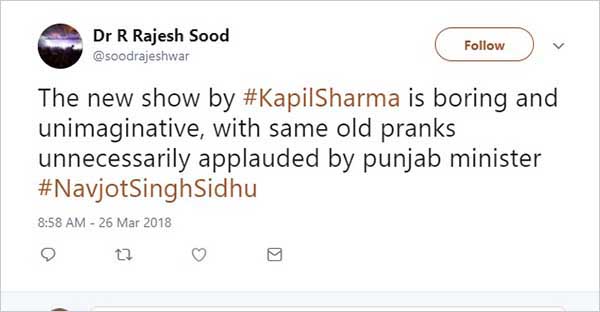 But apparently, India’s favourite funny man has failed to impress a lot of viewers in his new avatar. After the first episode, some of his fans took to Twitter to express disappointment with the show and asked Sharma to return to the format of his older shows. Some said the new show’s format is such that there is very less chance for Sharma to engage with the audience.

"Disappointing start by Kapil Sharma in a comedy show and not matching the standard of entertainment like before,” read one such tweet.

“@KapilSharmaK9 sir please start once again The Kapil Sharma Show with the new characters and new stuff instead of #FamilyTimeWithKapilSharma show. It is very boring and irritating,” read another tweet. 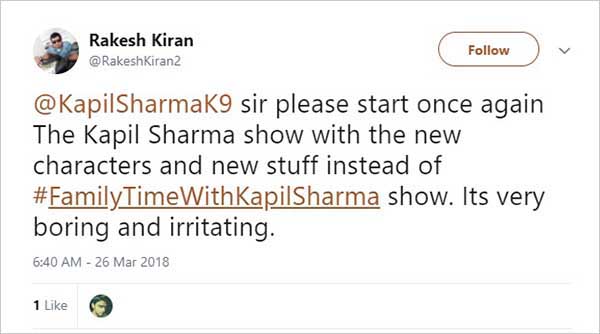 However, not everyone is disappointed. Some Kapil Sharma fans have praised the first episode.

“Loved the first episode #FamilyTimeWithKapilSharma. No matter, what the concept of the show is, Kapil Sharma can make you laugh at any condition,” a fan posted on Twitter.

“Watched the new show by Kapil Sharma with my whole family and we all loved it,” said another post. 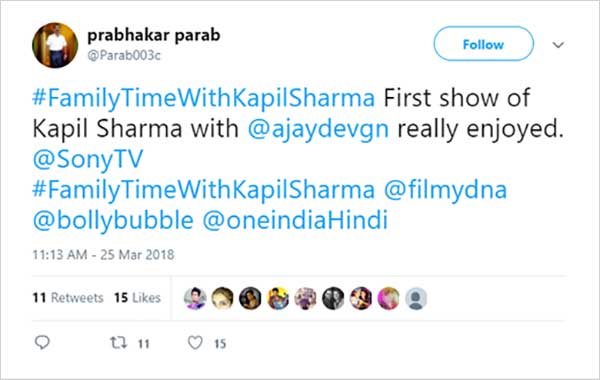 Sharma’s last programme The Kapil Sharma Show went off air last year after the channel pulled the plug on it. It was reported that the comedian’s trouble with the show started after he had a fight with his co-star Sunil Grover. Grover had accused Sharma of assaulting and abusing him on a flight.

Though it is too early to say how the new show will perform in the next episodes, the first episode has definitely evoked mixed reactions. For the rest, one can only wait for the BARC ratings. 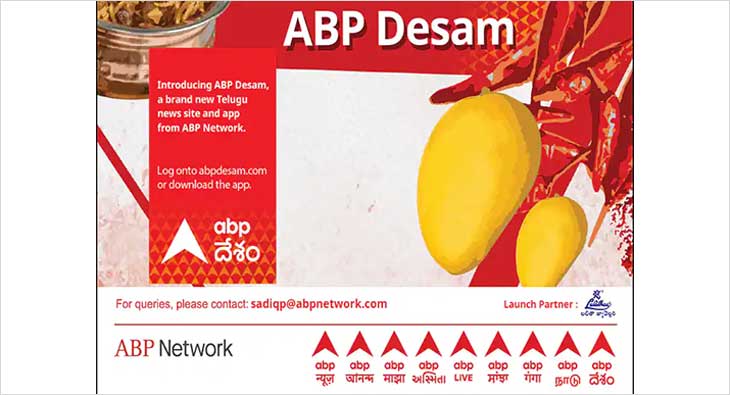