While television retained its position as the largest segment, growth is expected to come from digital which will overtake filmed entertainment in 2019 and print by 2021

With its current trajectory, the M&E sector in India is expected to cross Rs 2.35 trillion (US$33.6 billion) by 2021, at a CAGR of 11.6%. While television retained its position as the largest segment, growth is expected to come from digital which will overtake filmed entertainment in 2019 and print by 2021. The report captures key insights from the exciting and fast-growing Indian M&E sector.

The sector continues to grow at a rate faster than the GDP, reflecting the increasing disposable income and economic growth. India has the second highest number of internet users after China with 570 million internet subscribers growing at 13% annually. The report estimates that approximately 2.5 million consumers in India today are digital only and would not normally use traditional media. It is expected that this customer base will to grow to 5 million by 2021. Traditional media companies spent 2018 building their customer data through second-screen interactive propositions, polls, house-to-house surveys, integration of third-party data, etc. Digital consumption will grow, and monetization avenues will see great innovation to cater to the new Indian customer segments. Telco bundling will drive consumption for a majority of Indian OTT audience. Advertising growth outpaced subscription growth and is expected to comprise 52% of the total pie by 2021.

Talking about the findings, Ashish Pherwani, Partner and Media & Entertainment Leader, EY India, stated, “The M&E sector has a significant opportunity given India’s young demographics. The growth of digital infrastructure is further enabling Indians to fulfil the need for personal content consumption, across languages and genre. There is a large shift in consumer behaviour from mass produced content to specific content defined to audience segments. The sector has an opportunity to serve a billion screens in India and globally.”

Uday Shankar, Vice President, FICCI and Chair, FICCI Media and Entertainment Division, said, “The Indian M&E sector is entering a phase of accelerated growth. The status quo is being shattered by digital disruptions and that’s unshackling the creative economy in India like never before. These are exciting times for all it is to let our imagination and ambition guide us.”

Television
The TV industry grew from Rs 660 billion to Rs 740 billion in 2018, a growth of 12%. TV advertising grew 14% to Rs 305 billion while subscription grew 11% to Rs 435 billion. Television viewing households increased to 197 million, which is a 7.5% increase over 2016. Regional advertising growth outpaced national adverting growth on the back of national brands spending more to develop non-metro markets where GST created a level playing field between national and regional brands.  77% of time spent on television was on general entertainment content and film channels.

Key insights - Broadcasters have started combined selling of ads across OTT and linear platforms to enable better monetization of marquee properties and increased utilization of digital inventory. The impact of the TRAI Tariff Order can have implications on total viewership, free television uptake, channel MRP rates and advertising revenues. However, 2019 promises further growth due to the elections and the ICC World Cup. The television segment can reach INR 955 billion by 2021, with advertising growth at 10% and subscription growth at 8%.

Print
Print accounted for the second largest share of the Indian M&E sector, despite being static and growing at 0.7% to reach Rs 305.5 billion in 2018. Advertising revenues stood at Rs 217 billion and subscription revenues grew marginally by 1.2% to Rs 88.3 billion in 2018. Newspaper advertising de-grew 1% while magazine advertising fell 10%. The fall in advertising is due to both reduced ad volumes as well as pressure on effective rates. Hindi newspaper publications continued to lead with 37% of total ad volumes, while the share of English publications stood at 25%. Rising newsprint prices and a depreciation in the value of the Indian Rupee led to pressure on print sector margins in 2018.

Key insights – 2018 witnessed a 26% growth in digital news consumers over 2017 when 222 million people consumed news online. Page views grew 59% over 2017 and average time spent increased by almost 100% to 8 minutes per day in 2018. Print companies will tilt their sales pitch towards performance, linking physical space sales with digital inventory, activations (both physical and digital), interactive concepts like QR codes, digital couponing, etc. This will provide increased consumer data as well as a competitive plank to grow share of print.

Films
The Indian film segment grew 12.2% in 2018 to reach Rs 174.5 billion driven by the growth in digital/ OTT rights and overseas theatricals. All sub-segments, except home video grew. Domestic film revenues crossed Rs 100 billion with Net Box Office collections for Hindi films at Rs 32.5 billion – the highest ever for Hindi theatricals. Overseas theatricals grew to Rs 30 billion from Rs 25 billion in 2017 where China became the largest international market for Indian content. 98 Hollywood films were released in 2018 as compared to 105 in 2017. The box office collections of Hollywood films in India (inclusive of all their Indian language dubbed versions) was Rs 9.21 billion. Multiplexes drove up the screen count to 9,601, though single screens continued to reduce.

Digital rights redefined the content consumption processes as the segment grew from Rs 8.5 billion to Rs 13.5 billion. Online platforms invested heavily in exclusive film rights and a digital-only film market has emerged. In-cinema advertising grew to Rs 7.5 billion in 2018 on the back of growing multiplex screens. Thirteen Hindi films entered the coveted Rs100 crore club in 2018, which is the highest ever. The digital only film market came into existence in 2018.

Key insights: Digital subscription reached Rs14 billion primarily due to telco bundling of content with their data plans to drive sales of data packs. The number of wireless subscribers grew from 1,167 million in December 2017 to 1,171 million in November 2018. This growth primarily came from rural subscribers who grew from 499 million to 526 million in the same period. Up to 60% of video viewership volumes were generated by telcos and the amount spent by them on acquiring content for their subscribers was Rs 3.5-4 billion

Mergers and Acquisitions in M&E
The India M&E sector witnessed an interesting mix of deal activity in 2018 both on the traditional as well as the new media front. The number of deals in M&E in 2018 remained the same at around 40 though the deal value more than doubled in 2018 to US$2.8 billion from US$1.3 billion in 2017. 41% of deals were in the digital segment in 2018, compared to 30% of deals in 2017 while deals in the gaming segment came next with 20% of the deals. The digital segment has been at the forefront of deal activity as India’s demographic dividend in the form of smartphone users, internet penetration and improving bandwidth continues to grow exponentially. The consolidation wave in the M&E sector is expected to accelerate and continue as large media corporates strengthen their presence for achieving scale, reach and relevance. The sector is also gaining huge interest from global strategic players who want to be part of the rapid growth in this sector, on the back of greater availability of data.

HT Media back in black in Q3 due to festive season, cost cutting
7 hours ago 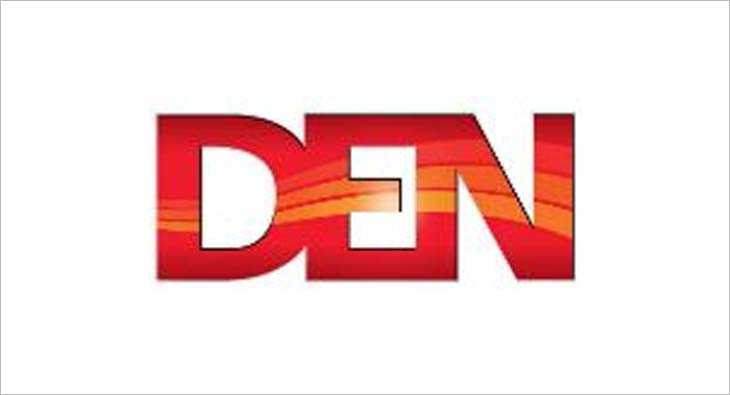