This initiative by Lokmat honored the most exceptional work done by individuals in their respective sectors, it was a power packed event with eminent political personalities and for the first time, the event witnessed Shri Devendra Fadnavis in an explosive interview with Mr. Sanjay Raut

This initiative by Lokmat honored the most exceptional work done by individuals in their respective sectors. Power packed with eminent political personlaities, for the first time, the event witnessed Shri Devendra Fadnavis in an explosive interview with Mr. Sanjay Raut, Executive Editor, Dainik Saamna. The event with 360 degree marketing is one of the sought after and well attended events in Mumbai which boasts of 70 nominees, 17 winners, 15 jury members, 4500 audience backed by first of its kind unique content in the presence of people as Piyush Goyal, Akshay Kumar, Kareena Kapoor Khan, Ravi Shastri, Shreya Ghoshal amongst others.

The event got a multimedia presence amplified in print, digital, outdoor, PR and TV. The awards received an overall 360 degree media reach of 150 MN and online voting of 2.2 MN. #MaharashtrianoftheYear was trending for 24hrs with a reach of 20 MN on Twitter. The event was executed by Taplight. 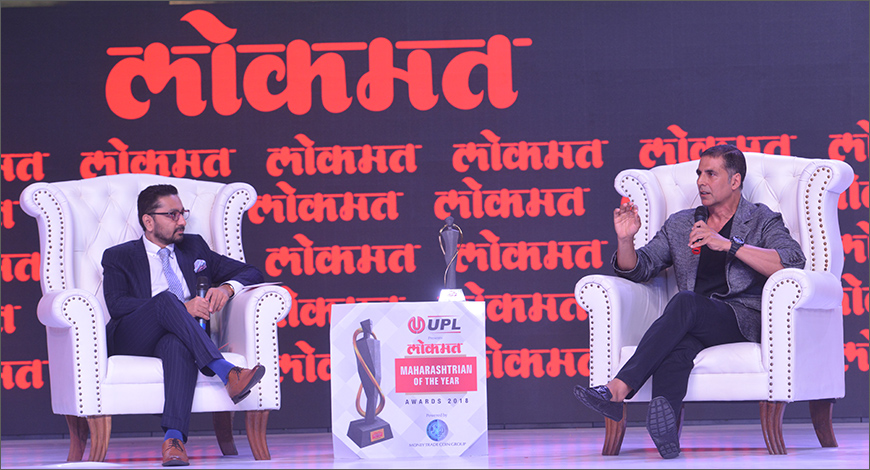 Founder of LMOTY – Mr. Rishi Darda, Joint Managing & Editorial Director, Lokmat Media Group said, “Lokmat Maharashtrian of the Year Awards is a true testament of the dedication and sheer hard work of people who emerge winners due to their contribution in that area. With a huge round of expectation from our readers and partners, this event brings people from sports, lifestyle, cinema and politics on one platform bringing out the best in each one of them through candid conversations. The interview of Shri Devendra Fadnavis, prior to elections, has been one of the most viral videos from the event and has taken the social media by storm. Content and great engagement with readers is something that Lokmat stands for. ”

“I am extremely delighted that we have honored the eminent personalities who are drivers of change in Maharashtra through Maharashtrian of the year. The awards are a testimony of the positive impact made by individuals to promote Maharashtra on the national and global platform and from UPL we are happy to be part of this uniquely prestigious property that involves great level of public voting as well as a jury shortlist process. Apart from print of Lokmat, the property is amplified in other media and through noteworthy alliances which gives us a widespread visibility.” said Mr. Jai Shroff, Global CEO, UPL– Presenting Sponsor. 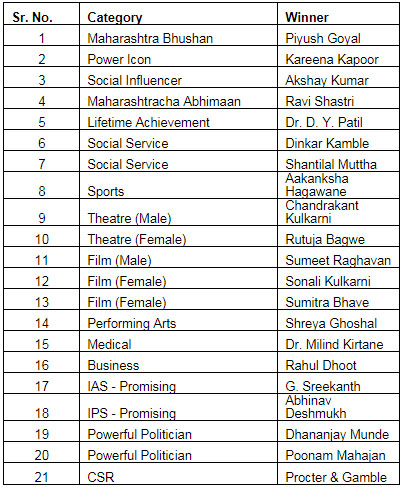 Your past learnings can fuel your future: Rasheed Sait, MD, GPJ India Experience Marketing
2 hours ago

Discovery as a brand stands for trust & credibility across India: Issac John
6 hours ago