The closure of RIA-Novosti & its replacement with a new agency headed by a pro-regime mouthpiece is the latest sign of Russia's dark slide to authoritarianism under Putin, observes Annurag Batra of exchange4media

In yet another instance of media bashing in Russia’s news landscape, President Vladimir Putin recently dissolved a state-run agency, one of the largest in the world, as well as state-owned Voice of Russia radio station without assigning any specific reason for doing so.

Headquartered in Moscow, RIA Novosti was established as the Soviet Information Bureau in 1941 and had since grown to become one of the world’s largest international news agencies with services in 14 languages. The agency also owned both the Russian and English-language Moscow News newspapers, which also ran articles deeply critical of Putin’s policies. It remains unclear what will happen to both the papers under the new management. There had been little indication that the agency’s days were numbered even as it was recently named Russia’s host media outlet for the 2014 Winter Olympic Games in Sochi.

In a simultaneous surprise move, the President also appointed an ultraconservative television anchor, Dmitry Kiselyov, to head the newly-formed media conglomerate, which will be called ‘Rossiya Segodonya’, which means ‘Russia Today’. The decree, which was signed by Putin, immediately transferred all RIA Novosti property to Rossiya Segodonya, which will now provide “coverage of Russian state policy and public life in the federation”.

Kiselyov is known as a government loyalist as well as for his anti-American and anti-Opposition views. He had recently stirred controversy with starkly homophobic remarks and virulent commentary suggesting foreign conspiracies are threatening Russia. He had allegedly said that gays should be banned from donating blood and that their hearts, in the case of a fatal car accident, “buried or burned as unfit for continuing somebody else’s life”.

Putin’s Presidential Chief of Staff, Sergei B Ivanov, said that the decision to close the news service was part of an effort to reduce costs and make the state news media more efficient. But in an article published on the RIA Novosti website, which is still functioning, the agency called the move as appearing “to point toward a tightening of state control in the already heavily regulated media sector”. It is important to emphasise that RIA Novosti was seen by critics as “too liberal” in the conservative country of Russia. Most Russian media organisations are loyal to Putin, and opponents get little air time. The shake-up underlined the media’s importance to Putin keeping power and maintaining his ratings and image. Incidentally, Russia Today will join the country’s other state news agency, Itar-Tass, in promoting the glories of the Putin government.

The government has already extended its grip over radio and television broadcasting on November 26, when the media arm of state-controlled Gazprom bought mining tycoon Vladimir Potanin’s Profmedia. The Kremlin, the seat of Russian government, has long controlled Russia’s leading TV channels (still the main source of news for most Russians), and it has further tightened its control on the media scene with a series of laws passed since Putin began his third term as president in May 2012.

Thus, the dissolution is also being seen as part of efforts to strengthen the President’s authority after protests against him. Initially, Putin was known to be miffed with RIA Novosti’s coverage of demonstrations in Russia that followed his 2012 announcement about running for President again. It is said that the last straw appeared in his displeasure with the agency over its coverage and support to the mass protests currently underway in Ukraine. These protests relate to the Ukranian President’s decision last month to choose ties with Russia over integration with the 28-nation European Union. That deeply angered many Ukrainians, who favour the democratic structures of the West over Russia’s autocratic government.

Incidentally, Kiselyov had said over the Ukraine protests that they were being conspired and encouraged by Sweden and Poland. To make his point about how terrible life in EU would be for Ukrainians, he played part of a Swedish public television show that features characters in brown and yellow costumes designed to teach children how to go to the bathroom.

The Putin government also believes it needs more propaganda; its spokesperson told the Russian media after the dissolution of the agency that “the tool of propaganda is an integral part of any state. It is everywhere. And Russia should use it as well. Propaganda in the good sense of the word”.

The dissolution of the agency, which will take at least three months to implement, also leaves RIA Novosti’s 2,300 employees in limbo. It is not clear whether they will be able to continue working within the new organisation. The confusion and insecurity gripping RIA employees is likely to produce a sense of disarray on the Russian media market in general, where working for state media was considered as a safe and secure position once.

Such moves prove the new authoritarian direction Putin is taking, Serge Schmemann said in a recent New York Times op-ed. “[I]n replacing a respected news agency with a propaganda machine, Mr Putin followed the more openly aggressive stance of his return to the presidency in May 2012—what Russians call Putin II, or Late Putin.”

The New York Times also noted that “while it continued to serve as an official news agency, Novosti reporting has earned greater respect for balance and a diversity of viewpoints” – a position that was criticized by some Russians.

UK’s Daily Telegraph noted that the move appears as a “push by the Kremlin to consolidate state media resources at a time of increasing online criticism of Mr Putin’s 13 years of rule, and to take a pro-active approach in shaping Russia’s image abroad”.

The closure of RIA-Novosti and its replacement with a new agency headed by a pro-regime mouthpiece is but the latest sign of Russia’s dark slide to authoritarianism under Putin. 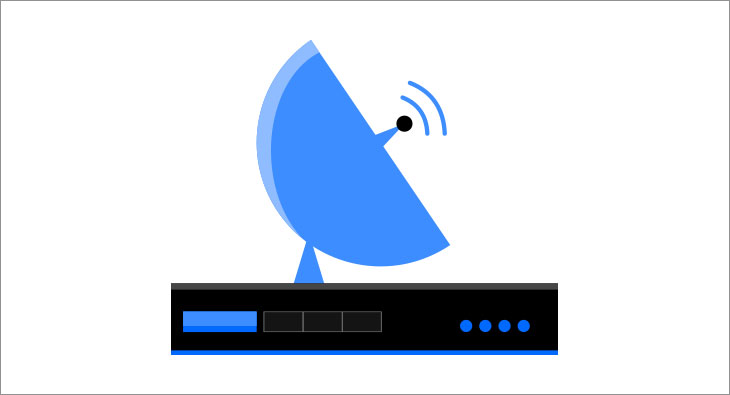