M-Schools need to strike the right balance between theory & practice

Are media schools striving for the right balance between ‘Theory and Practice’ in order to fulfill the demands of the industry or is a better churn-out required from M-Schools? – these were some of the pertinent points of deliberation during the session on ‘Making Media Education Relevant to Industry’. Right from the Vedic Puranas of the Mahabharata to the traditional Patiala and Gwalior gharanas, the session saw a holistic debate that focused on various issues of the media industry, varying from the need to get relevant talent to the importance of good M-Schools and the way forward.

Appropriate Business Strategy
Having a strategy in place is very important for any organisation, said NP Singh, Director, Express Media School, who believes that the reason behind starting their own media school was to apply the original values of Express journalism.

Talking about the difference between theory and practice, Singh said that M-Schools should try and incorporate practical experience in their courses, which would give students an extra edge over others and prepare them him for a better future.

Deliberating on the point to have a larger vision than just profit-making, Singh said, “Express Group started its own media school because it felt that the principles of Express journalism should be shared with students and not just journalists, which was similar to sharing a legacy, like the traditional Patiala and Gwalior gharanas.”

Corroborating this and giving a similar view, Maheshwar Peri said, “Be it magazines or newspapers, the business strategy of a company encompassing the nature of business defines the vision of the company and its expectations.” At the same time, Peri noted, many media houses are going out and recruiting from outside media schools, which means that a problem exists which should be acknowledged along with a solution.

Media needs to raise its bar as an industry
Giving his reason for the roping in of external talent NP Singh said that M-Schools cannot provide a readymade meal in the form of domain knowledge to the students because that comes only with time and experience. “You can’t be an Abhimanyu from the epic Mahabharata, who already knows how to get into the Chakravyuh.”

Taking forward the conversation about M-Schools, Chandan Chatterjee, Director, SIMC said that media schools need to follow a proactive approach by making their students prepared for even those industry needs that might culminate about six to seven years down the line. “We have to act in advance and make our students prepared for future incidences,” he stressed.

Myopic View about Media - Glamour Quotient involved
Media has a large ‘glamour quotient’ around it, and the talent which is being sourced in the industry is coming with a myopic view of media being a glamorous field.

According to Colonel RK Dargan, Director, Amity School of Communication, “The general notion about getting into media is that it is a shortcut to the field of glamour and success. So, many students who take up journalism don’t really know what they want eventually. Also, people don’t consider journalism as a long-term field, which is why the drop-out rate is also high.”

Need to introduce a new syllabus in M-Schools
According to Dnyanada Choudhary, “There is a scientific approach to media planning, which is like learning a new language. Media schools need to be in a position to answer what will happen in the next five to ten years.” Commenting on the obsolete media syllabus and the need to update it with the latest material, Choudhary said, “Data analytics is the new field coming up and we need to revise our media syllabus with such modules.”

Sharing a similar view, Dargan said, “We need to keep at par with creative media technologies and analytical skills, which need to be amalgamated in our syllabus.”

Proposing an idea to have a Common Entrance Test for journalism, Chandan Chatterjee, Director, Symbiosis (SIMC) said, “SNAP MMC is a test that has been introduced in Symbiosis and the good part about this is that it does not have the tough numeric content in it, which is there in other common entrance test like GMAT or CAT. We look forward to have this as a common platform and the standard entrance exam for all M-Schools of India.”

Veteran journalist Vinod Dua is no more
4 days ago 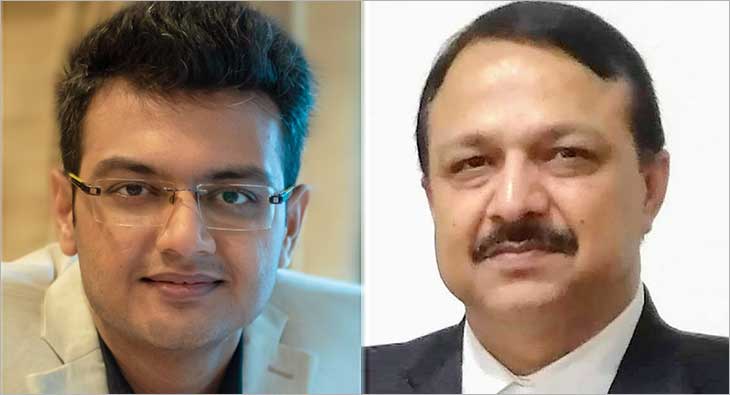 media-others BOC cleared ad dues worth Rs 1304.64 crore in 3 years: MIB to IT Committee
6 days ago